He's been called a genius, a boy wonder, the Pied Piper of Fashion — that last one courtesy of Diana Vreeland, one time editor-in-chief of fashion bible, Vogue.

After all, he dressed women in men's clothing, married fashion and art, and had people of color walking down his runway long before diversity became a trending topic.

From paper dolls to Dior

Born 85 years ago on August 1, 1936, and raised in Oran, Algeria, Yves Henri Donat Mathieu-Saint-Laurent was a timid schoolboy who was bullied by his peers for being effeminate, and who found refuge in designing clothes for paper dolls. Using scraps of his mother's clothes, he created miniature couture ensembles for his "models," later designing dresses for his mother and sisters.

He moved to Paris at the age of 17. After surpassing his peer and eventual rival, Karl Lagerfeld, in the Dress Design category of the Woolmark Prize competition in 1954, he was hired a year later by Christian Dior, who had been dazzled by his sketches. When Dior unexpectedly died of a heart attack in 1957, Saint Laurent was appointed the brand's new creative director. He was only 21 years old.

The Trapeze line he designed for Dior's spring collection in 1958 heralded his role as an up-and-coming trailblazer in women's wear. Departing from his mentor's signature cinched waist, Saint Laurent's designs featured a lighter, more fluid but no less stylish silhouette that emancipated women's waistlines. 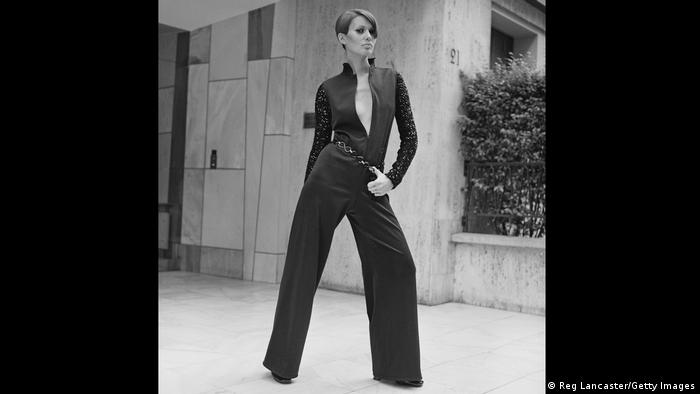 'Fashions come and go, but style is forever'

However, it was his iconic "Le Smoking" that would seal his reputation as one of the 20th century's definitive designers.

By then, he had left Dior and set up his eponymous label in 1961 with his long-term business (and one-time life) partner, Pierre Berge, who encouraged Saint Laurent's avant-garde aspirations.

In 1966, his Autumn-Winter couture collection featured a black tailored tuxedo with a satin side stripe, worn with a white sheer ruffled shirt.

Inspired by the lounge jacket originally created in the 1850s for men in smoking rooms — hence the name — to protect their clothing from the smell of cigars, the idea of women wearing tuxedos as evening wear was, for want of a better word, revolutionary.

This is not to say that women hadn't worn "mannish attires" before. Actresses Marlene Dietrich and Greta Garbo had already done so in the 1930s.

Saint Laurent's Le Smoking however stood apart as it was tailored to the female silhouette.

"For a woman, Le Smoking is an indispensable garment with which she finds herself continually in fashion, because it is about style, not fashion. Fashions come and go, but style is forever," Saint Laurent once said. 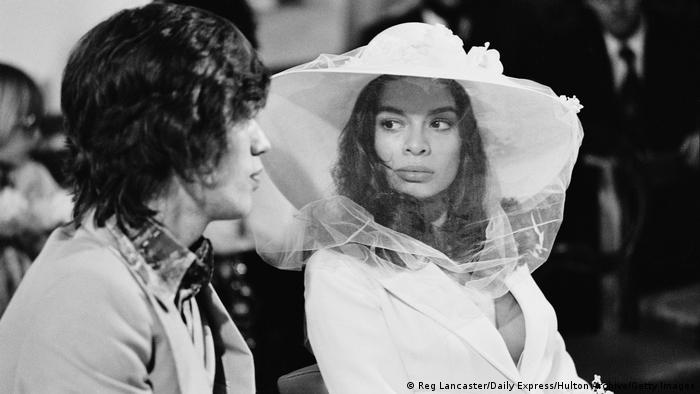 The Le Smoking quickly became a symbol of emancipation in the 1960s, and a stuff of legends. Avowed fans included Bianca Jagger who wore a white version — minus ruffled shirt — when she married Rolling Stones frontman Mick Jagger, as well as Saint Laurent's muse, French actress Catherine Deneuve.

When New York socialite, Nan Kempner, was turned away from the city's posh Le Cote Basque restaurant, she dodged the dress code by removing her trousers and wearing just the blazer as a mini dress.

Other traditional male clothing items that he deconstructed and gave a feminine edge included pin stripe suits, safari jackets and jumpsuits. His sheer organza dresses and blouses meanwhile were a nod to the sexual revolution of the 60s. 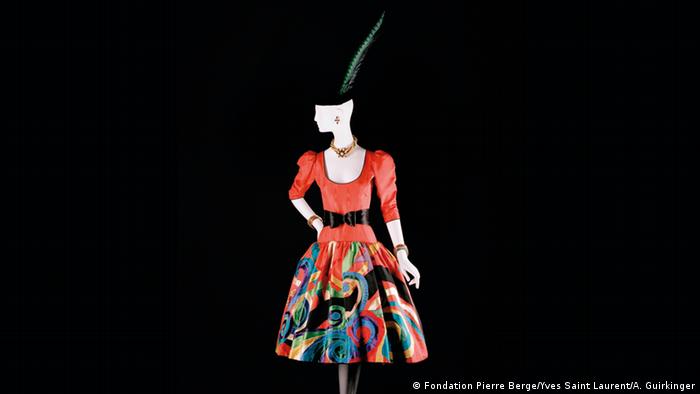 A riot of colors

A lover of art, his Mondrian shift dress was another notable innovation. Launched in the winter of 1965, his wool jersey and silk A-line cocktail dresses were imprinted with the pop art works of Dutch artist Piet Mondrian, thus setting a new trend of marrying art and haute couture.

His adopted second home, Morocco, also influenced his collections, their colors and textures.

"Once I grew sensitive to light and colors, I especially noticed the light on colors … , on every street corner in Marrakesh, you encounter astonishingly vivid groups of men and women, which stand out in a blend of pink, blue, green, and purple caftans," the designer once explained, as quoted on the website of the Yves Saint Laurent Museum in Paris.

Diversity on the runway

Saint Laurent was also among the first designers to have women of color on his runway. Iman, Katoucha Niane and Dalma Callado are among those who modeled his creations.

"My first Vogue cover ever was because of this man," supermodel Naomi Campbell once told UK's Channel 4 News. "Because when I said to him 'Yves, they won't give me a French Vogue cover, they won't put a Black girl on the cover' and he was like 'I'll take care of that,' and he did."

His fascination with other cultures didn't always go down well. For instance, when he launched a new fragrance to coincide with his Autumn-Winter 1977 collection inspired by China, its name caused an uproar. "Opium" was initially banned in Australia and the Middle East. And a group of Chinese Americans formed the American Coalition Against Opium and Drug Abuse, demanding Saint Laurent change the perfume's name and apologize for "his insensitivity to Chinese history and Chinese-American concerns."

The fragrance flew off the shelves then, and remains a bestseller to this day. 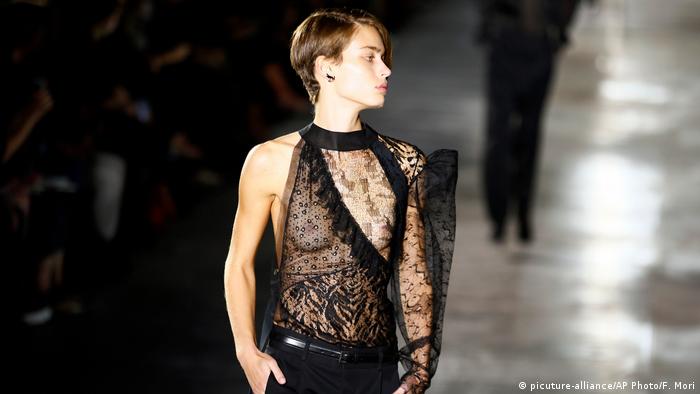 A modern iteration of his sheer blouses

A trailblazing portfolio — minus blue jeans

His one regret was not having invented blue jeans. "They have expression, modesty, sex appeal and simplicity, all I hope for in my clothes."

In 1983, at the age of 47, Saint Laurent became the first living designer to be recognized with a retrospective at the Costume Institute of the Metropolitan Museum of Art. In 2017, his partner Berge opened two museums — in Paris and in Marrakesh — that display thousands of his garments and sketches.

A smoker throughout his life — North Korean leader Kim Jong-un is said to be partial to YSL cigarettes — Saint Laurent also fought a cocaine and alcohol addiction.

At his final haute couture show in 2002, he had said, "I always wanted to put myself at the service of women. I wanted to accompany them in the great movement for liberation that occurred last century."

The designer was synonymous with revolutionizing women's wear. Here's a look at Yves Saint Laurent's creations and the women who wore them.