Youths in Germany turning to jihad | Germany| News and in-depth reporting from Berlin and beyond | DW | 02.07.2012

From Wuppertal to Waziristan: Ever more young men living in Germany are traveling to conflict zones to become jihadi fighters. Though numbers remain small, security services are taking the problem very seriously. 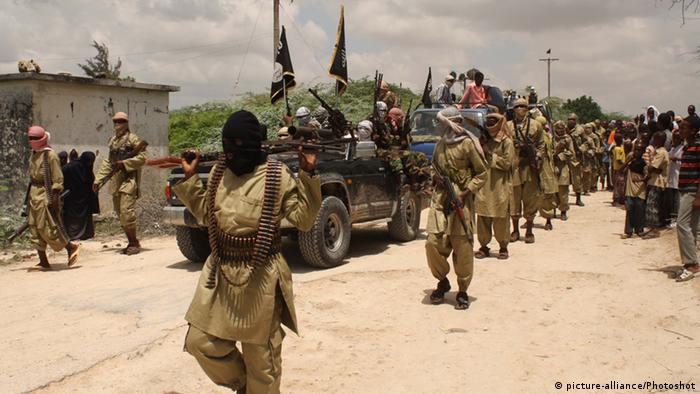 Based on the recollection of Friedrich Bleckmann, the two "lads," as he called them, were as different as only brothers can be. Bünyamin E. was described as "polite, studious and humble," his older brother "highly aggressive and unreliable." Their father worked at Bleckmann Farm, close to the small western German city of Velbert. His sons helped out there on weekends and during school vacations. 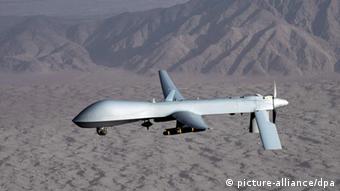 The U.S. is engaged in the systematic use of drones in the Hindu Kush

The farmer could never have envisaged the path the two Turkish-German Wuppertal brothers took. In 2012, both brothers went to join Islamist fighters in the mountainous Pakistani region of Waziristan on the Afghani border. Bünyamin was killed by a U.S. drone attack shortly after his arrival. Emrah continued to fight until June 2012.

Cases of young Muslim men living in Germany becoming jihadi combatants are rare, but increasing in number. German security services believe that since the beginning of the 1990s, around 235 "people with German connections and Islamic terrorist backgrounds" have at least attempted to obtain paramilitary training. There is concrete evidence that around 100 were actually trained or engaged in military operations. More than half of those are said to be back in Germany, and around 10 have been imprisoned.

Secret services and agents are taking the matter very seriously. "Should they return [to Germany], these people could be involved in activity which poses a threat to national security," said a spokesperson for the Federal Office for the Protection of the Constitution. Members of the so-called Sauerland Group attended a training camp in Pakistan before they were arrested during preparations for attacking U.S. facilities in Germany.

"Another risk factor is that these people have big reputations in the Islamist scene," said the spokesperson. "That can lead to the further radicalization of Islamists who until now weren't necessarily prepared to engage in violent conflict."

Mounir and Yassin C., two Moroccan brothers from Bonn, regularly appear in German-language propaganda videos from Waziristan. In the most recent video, Yassin C. called for the murder of journalists and activists from the extreme right-wing Pro NRW party.

To many viewers, the dispatch may seem full of theatrical, absurd boasts, but the makers haven't missed the mark: Arid U., a Kosovar who shot dead two U.S. soldiers and left two others badly wounded at Frankfurt Airport in March 2011, was evidently radicalized over the Internet within a very short space of time. He is said to have listened to a battle song by Mounir C. on the way to the attack. 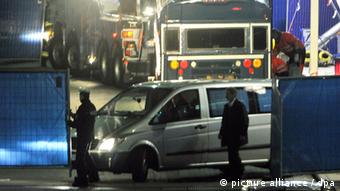 "Al-Qaeda and their auxiliaries have created a whole genre of propaganda films," said Asiem El Difraoui, author of a study on the role of online propaganda for the Economic and Political Foundation of the German Institute for International and Security Affairs. The propaganda films portray a romanticized view of life in the training camps, the suffering of Muslim civilians is depicted in gruesome detail and martyrdom is glorified.

"Norwegian researchers have investigated the profiles of hundreds of jihadi sympathizers and determined that every one of them spent large periods of time on the Internet and were heavily influenced by these films," said El Difraoui.

The Federal Office for the Protection of the Constitution pointed to the importance of "networks or loose associations forming from radicalized members of second- or third-generation immigrants and radicalized converts." According to the security services, these networks are regionally distinctive and not centrally led.

But the manner in which fighters are recruited is not consistent. "We have teenagers who go from zero to 100, who discover icons of the radical scene for themselves, who are enticed by the cult of masculinity and violence," said Claudia Dantschke, a family advisor at the Center for Democratic Culture in Berlin.

With others, it is a longer process. Salafists are employing methods such acting as like social workers on the streets in many German cities, in order to attract young people without any real prospects to their ultra-conservative interpretation of Islam.

"They target young people from Muslim backgrounds, but who are not practicing and who are often addicted to drugs, who are petty criminals or don't have any educational qualifications," Dantschke said.

The new alliance acts as kind of a surrogate family, where recruits experience recognition and respect. For the majority of recruits, this is just leads to proselytizing or separating themselves from society, and not jihadi violence. Only a small minority of recruits - often from comfortable, middle-class backgrounds - become further radicalized.

The fact that it's not always young men without prospects who become jihadis is illustrated by the case of the Wuppertal brothers. The Velbert farmer Friedrich Bleckmann said that he couldn't employ Emrah at the farm: "He reacted aggressively, even to normal words. Someone like that can't be integrated into professional life just like that."

Emrah became involved in a small-time criminal milieu, and was twice sentenced to jail time. "The lad was on the way to a failed existence," Bleckmann said.

He also saw no future for Emrah's brother Bünyamin on the farm - but for very different reasons. "A farming apprenticeship would have been a waste for Bünyamin," said the farmer. "He had the talent to do something intellectual." 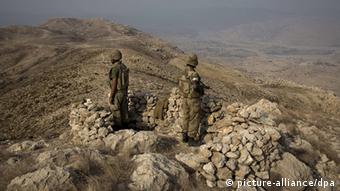 The biographies and paths to radicalization vary greatly among militant Islamists, with chance often playing a decisive role.

Wolf Schmidt, author of the book "Young, German, Taliban" and editor of Berlin's Tageszeitung newspaper, said "many of these young men intended to go to Chechnya, but ended up in Pakistan."

"They don't know the war zone, have relatively little idea about the conflict, and often have shockingly little knowledge of the religion which they claim to defend," Schmidt said.

Mounir and Yassin C. travelled through Yemen to Pakistan, where they became involved in the Islamist Movement of Uzbekistan, a movement they knew nothing about.

The primary objective of German jihadis is Pakistani Waziristan. But information from security services indicates that the German authorities are working intensively to ascertain whether or not terrorist groups are relocating in the direction of Somalia. The Horn of Africa region seems to be developing an increasingly significant jihadi scene, and becoming a travel destination for Islamists from Germany.

In 2011, Turkish German Emrah E. also went from Waziristan to Somalia where, according to reports, he joined Islamic al-Shabaab militants. East African security agents became aware of him in connection with an attack on a shopping mall in Kenya at the end of May. He was arrested in Tanzania on June 10, 2012, and was later deported to Germany. The Federal Prosecutor's Office has accused him of being "an active member of the foreign terrorist association al-Qaeda."

Prevention, not crack down

To stop "jihadi tourism," Germany has made being present in a terrorist training camp a punishable offense since 2009. But repression alone won't solve the problem, believes author Wolf Schmidt. "You must to be one step ahead, and you need a clever form of prevention."

That's what the Center for Democratic Culture in Berlin is working on. Worried parents regularly come to Claudia Dantschke and her colleagues, reporting on the radicalization of their children, often early on.

"You then have to look at what these radical groups provide for young people," said Dantschke. "There is always a form of alienation, the feeling of not being understood, feeling shut-out, and the search for orientation and recognition," she added.

Emrah's path to jihad could also have been prevented, Friedrich Bleckmann reflected. "The lad wasn't mature. He wasn't an Islamic terrorist," said the farmer. "He was simply a rowdy German lad, who could have done with more engaged probation officers."

With the death of Osama bin Laden last May, the terrorist organization al Qaeda not only lost its head, but has also experienced structural change. Today, al Qaeda offshoots and lone jihadists pose the largest danger. (02.05.2012)

German prosecutors have opened the trial of an alleged former al Qaeda member, just over a year after his statements to interrogators prompted warnings of terrorist attacks across Europe. (19.03.2012)