Youngest-ever EU lawmaker takes up the climate challenge | Europe | News and current affairs from around the continent | DW | 14.07.2019

Twenty-one-year-old Kira Peter-Hansen from Denmark is the youngest MEP ever to sit in the European Parliament. She tells DW that tackling climate change and cutting down on red tape will be her top priorities. 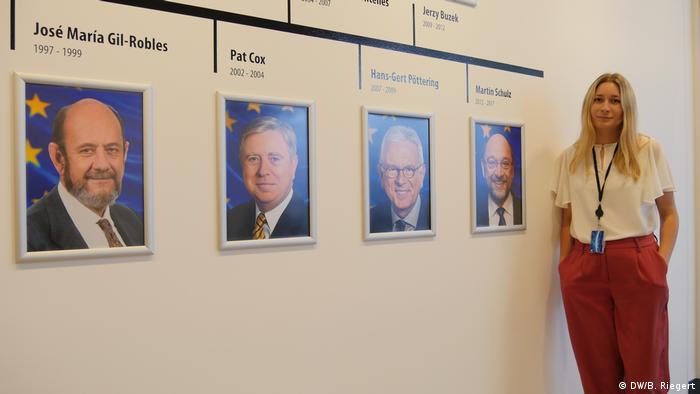 Dressed in trainers and bulky red trousers, Kira Peter-Hansen appears relaxed when DW meets her at the European Parliament's "Mickey Mouse bar," so named for its squishy fabric stools in primary colors. It's a bustling place where hacks and politicians trade stories and gossip over subsidized croissants.

Peter-Hansen is no run-of-the-mill politician. Just 21 years old, the Danish Green was a student at Copenhagen University when she became the youngest MEP ever elected to the European Parliament. She is 61 years younger than ex-Italian Prime Minister Silvio Berlusconi — the oldest of the 751 current MEPs.

Youth as an asset

"My assistants are 10 years older than me," she says. "And we also have some people in Denmark that are 40 or 50 that I have to lead. I think for everyone it is hard to become a leader for the first time but when you are as young as I am, it can be even more scary."

Even her mother, she says, was more "scared" than thrilled at the prospect of her daughter becoming an MEP.

Seeing friends has also got harder since Peter-Hansen moved to the Belgian capital. She's trying to figure out how she "can have a social life in Denmark and in Brussels also." 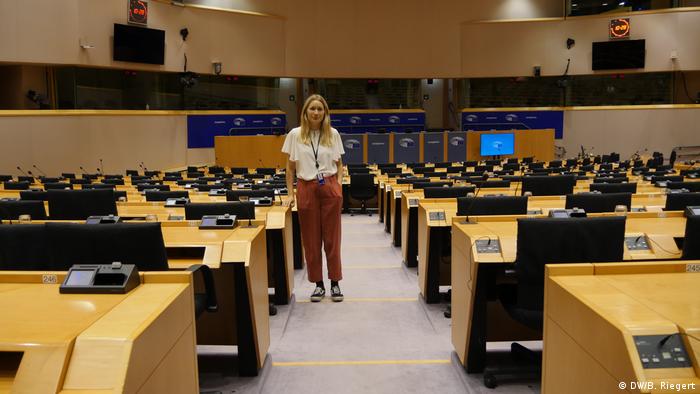 New workspace: This is where Kira Peter-Hansen will hope to make a difference

Despite these challenges, Peter-Hansen sees her youth as an asset. "I think one of the great things about the European Parliament and politics in general is that generations meet and we can work on policies that benefit the entire population."

Carried by a green wave

A member of Denmark's Socialist People's Party, Peter-Hansen sits with the Green group in the European Parliament. At the elections in May, she campaigned for an "ambitious green transition" – encompassing industry, agriculture and the transport sectors to lead the way in environmental conservation and the fight against climate change.

She was involved in the "Fridays for Future" climate protests, and admits she probably wouldn't be in Brussels had young people not taken to the streets first. However, Peter-Hansen believes "frustration and anxiety for the future" were hallmarks of her generation long before climate activist Greta Thunberg channeled these emotions into a political movement.

And it's not just the climate young people are worried about. "Young people today are really pressured by the education system," she says. "We always have to perform to our best and really focus on our careers."

As an MEP, Peter-Hansen is fighting to reform the EU's Common Agricultural Policy. She is also pushing for a greener allocation of resources in the EU's upcoming seven-year budget, including more money for environmentally friendly farming, and for "research and technologies that can further climate investment and transition." 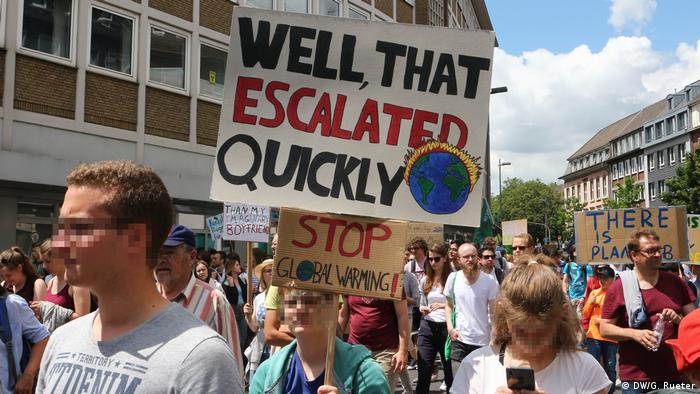 On a personal level, Peter-Hansen avoids flying to keep her CO2 emissions low. She is also trying to arrange her schedule so that she spends less time commuting between Brussels and Denmark. Constant travel, she says, is "one of the big issues in parliamentary work."

Peter-Hansen uses Instagram to connect with her constituents, posting regular updates and background information on "what I'm doing and what we're voting on."

She says there is too much distance between the EU's institutions and its citizens: all too often, form takes precedence over substance. The ongoing infighting over who should take the EU's top jobs is a case in point.

"When we […] talk about people, individuals, and institutions, we lose the younger generation because it's boring, it's irrelevant."