Young, alone, and sent away: Germany grapples with child refugee swell | Germany | News and in-depth reporting from Berlin and beyond | DW | 15.11.2014

Unaccompanied refugee minors have special rights in Germany, yet some cities are overwhelmed. Authorities are debating a change in refugee law that could have serious consequences for the youths. 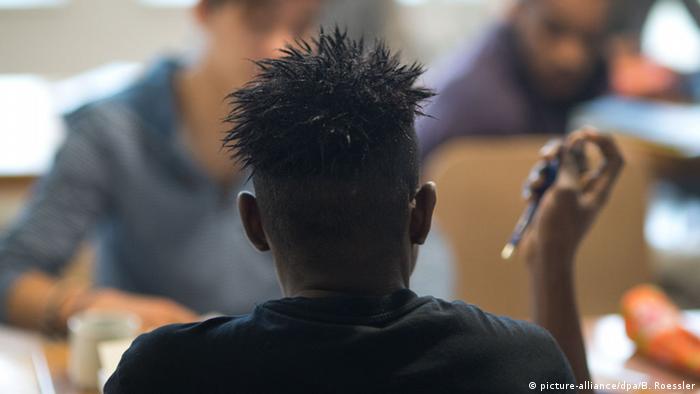 The southern German state of Bavaria wants in the future for unaccompanied refugee minors to be distributed throughout the whole of Germany immediately after their arrival - the way adult refugees are. The move would supposedly lessen the burden placed on the large border cities tasked with caring for the refugees and which are currently overwhelmed in the face of an increasing number of them.

But should Bavaria's plan - also supported by large cities like Bremen - be implemented, the welfare of the child would no longer come first, worries Thomas Berthold of the Federal Association of Unaccompanied Refugee Minors (B-UMF) in Germany.

"Such a law should not be allowed to be adopted too hastily. Regulatory measures are being placed before the needs of the children here."

Antonia Veramendi, leader of the "SchlaU" school, which concerns itself with refugee minors in Munich, is also very critical of the plans. "Especially with traumatized young people, we must build trust, and there can be no breaks in their supervision. If the youths are immediately sent away after their arrival, it would be impossible to build a relationship with them," she said.

Most of the unaccompanied refugees come from Syria, Eritrea or Afghanistan, countries dominated by war and violence. Many of the young refugees are traumatized and have already experienced horrors in their homelands - or have recently lost parents or friends during the flight from these lands. 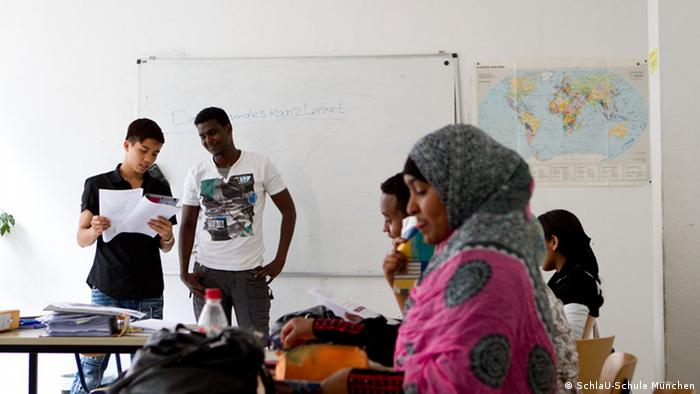 A well-functioning system of competent German youth welfare offices already exists, for the most part, to best respond to these needs. In cities like Munich that lie close to the border, there are many institutions specialized in working with underage refugees. Here, young people receive the support of a guardian, special education, and housing groups.

"This concept has proven to be very promising," Veramendi told DW. "If the youth were split up throughout Germany, they would possibly arrive in cities where there is no infrastructure for their education and therapy." The work with underage refugees is very unique, she added. "In the Bavaria, only Munich, the cities of Nuremberg and Augsburg have facilities that have sufficiently trained staff for it. If the youth land somewhere else in the country, there are no acceptable facilities there."

Unaccompanied refugee minors enjoy special protections in Germany. They are, for example, allowed to remain in the city in which they were first registered. They are therefore primarily cared for in cities close to the border. Adult refugees, however, must stay in collective housing. They can be sent to another city after only a few days or weeks. These cities can also be on the other side of the country. This procedure of numerous moves, which carries with it much uncertainty for the refugees, has long been criticized by refugee organizations. 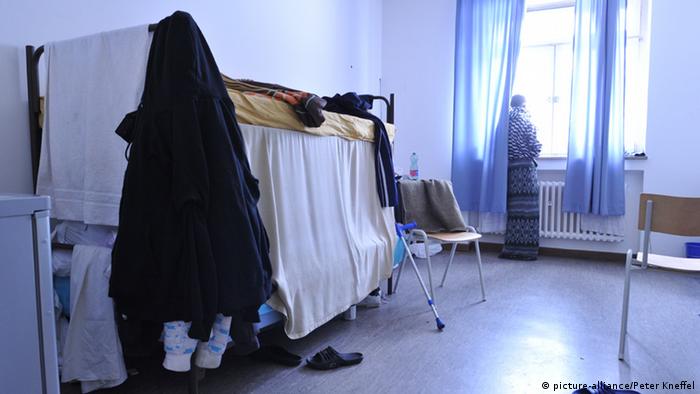 Yet the refugee numbers are rising, and the city of Munich is visibly overwhelmed. "This year, we're already caring for four times as many unaccompanied refugee minors as in 2013. That is an all time high," said Munich youth welfare agency leader MariaKurz-Adam. Every day up to 140 new young people arrive in the city. "We would theoretically need to open six to seven new shelters per week," she added. By October, the city had already taken in 1,900 refugee youths into custody this year.

"We have no more spots available in the schools, we have no more guardians, we have no more places in youth shelters. Some youths have been here for two months and still can't speak a word of German, because there are no places in the German classes," said Assia Grassl, leader of the "Young Refugee Prevention Project." Grassl is responsible for workers' welfare in Munich, which concerns itself with the accommodation and care of unaccompanied young refugees on behalf of the Munich youth welfare office.

The youth welfare office has already rented hotels and other large empty buildings. Yet in the meantime, trained personnel are needed. "We have also reached the limits of personnel recruitment. If the flow of refugees keeps up, we will not be able to bear it," Kurz-Adam said.

Yet the problem is most pronounced for cities near the border like Munich, says Thomas Berthold of the B-UMF. "If the proposed legal changes that are currently being discussed are implemented, it would cause absolute chaos and destroy functioning structures." Berthold added that the debate must be conducted with a view toward the child welfare and not with numbers and costs.

Kurz-Adam is split in her opinion. "On the one hand, I'm a huge fighter for children and legal services for children. One should support young people wherever they arrive. But on the other, we have such a new situation that is forcing us to re-examine how we conduct our youth services as a whole."

The law is still being debated. A decision is expected before December 11, 2014. Afterward, the German state premiers will meet with Chancellor Angela Merkel at a nation-wide refugee summit.

Europe's judges have tried to make sure that fewer asylum seekers will land in jail. But German legislators are working to overturn the matter, and one Berlin Jesuit fears the consequences. (14.11.2014)

Germany is reforming its asylum policy legislation, and EU-wide regulations are also being debated. Here is an overview of the new propositions and the key issues under discussion. (06.11.2014)

About 30 percent of refugees and asylum seekers are considered traumatized. Unfortunately, the trauma doesn't always stop upon reaching Germany. (15.10.2014)