'You need both sides for a ceasefire'

The criticism of Israel's military action in Gaza is continuing, the UN is calling for a ceasefire. But Yakov Hadas-Handelsman, Israel's ambassador in Germany, tells DW that there is no other way of fighting Hamas. 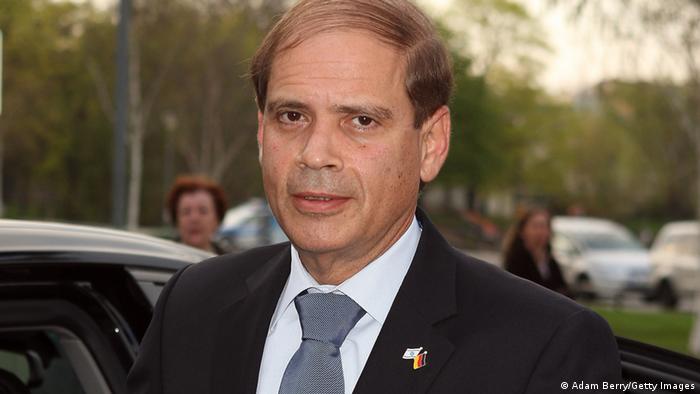 Deutsche Welle: Mr Hadas-Handelsman, news of more deaths and casualties seem to reach us from Gaza every hour. Why is the Israeli army advancing with such brutality, despite many international appeals?

Yakov Hadas-Handelsman: This is our problem: the Israeli army is currently operating in a residential area - but it is also a Hamas stronghold. It is their command headquarters, rockets are being made there, that is where the tunnels start that lead to Israel. We sent warnings for four days and called on the inhabitants to leave the buildings. Unfortunately most of them haven't done so - partly because they are being threatened by Hamas. We really do regret every innocent person killed or injured. But what can we do? Should we allow Hamas to continue firing rockets at our villages and cities? Should we allow them to penetrate Israeli territory through the tunnels so they can kill civilians?

We were ready for every ceasefire. The Egyptian government made a proposal for a ceasefire - the Israeli cabinet agreed, Hamas refused. Even the temporary humanitarian ceasefire was broken by Hamas after a short while. They are using the people there as human shields. 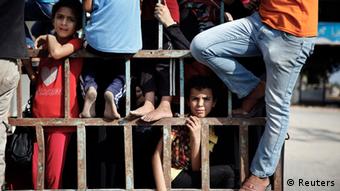 Gaza is under bombardment from Israel

There are plenty of voices saying this conflict cannot be solved militarily. Wouldn't it make more sense to invest energy in seriously negotiating a ceasefire?

You need both sides for a ceasefire. Hamas leaders continue to refuse one - and most of them are hidden in bunkers or in five-star hotels in the Gulf states. What do they care if people die? I don't want to be cynical, but Hamas' aim is to have as many casualties as possible, so the world can see Israel's crimes: genocide, massacres, and so on. We truly regret the many people who have died, but at the same time at least 13 Israeli soldiers have been killed. From that you can see that there is combat - it's not just Israel bombing random residential areas.

But there are still the fundamental questions of humanity and proportion. When you see images of the catastrophic humanitarian situation in Gaza, where people hardly even know where they should flee - do these principles still exist for Israel?

The borders to Israel are open. Every day an average of a hundred trucks with provisions are brought in: food, medication, gasoline. It is unprecedented for a conflict that we should allow the population to receive all that. And the reason for that is very simple - we have nothing against the Palestinian people, the poor people. But we are fighting terrorists. And we cannot tolerate the people of Israel having to live in fear of the next sirens.

In some European countries, particularly in France and Germany, there were many anti-Israel demonstrations - some of which escalated. Does that worry you?

That worries us, yes. We have nothing against demonstrations or against freedom of expression - that's the core of democracy. But when, as happened this weekend, it leads to violence against the police or against pro-Israeli demonstrators, then it is unacceptable. I think Germans should be worried by that, because you also hear anti-Semitic slogans like "Jews into the gas" - in Germany? And the question arises how you deal with these expressions.

But there are also many people in Germany who are sympathetic to Israel, but consider the Israeli offensive in Gaza disproportionate. Do you believe that criticism of this military action is always anti-Israeli? 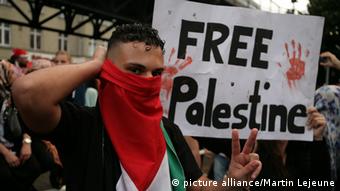 Some anti-Israel demos in Europe have escalated

We don't like the fact that Israel is always automatically made the guilty party. We always say that there are three standards in the United Nations - one for the majority of undemocratic states, one for the democratic states, and one for Israel. We left the Gaza Strip nine years ago - only to show the Palestinians and the world that we were ready for peace. And what did we get? A terrorist organization whose main aim is the destruction of Israel. Everyone is free to criticize Israel. But I expect people to be sensitive about it and take realities into account. Even in the current situation we waited for weeks and sent warnings, and Hamas continued to provoke us - what do you expect us to do?

And yet it is already clear that this is pushing a solution even further into the distance. From your point of view, what should happen now?

From my point of view there is one solution: as soon as the violence stops, and that has to happen on both sides, Hamas needs to give up its weapons. Because things cannot continue as they are - Israelis have the right to live like normal people, just as Palestinians have the right to live a normal life and not be threatened by a terrorist organization.

The problem is: if you look at Hamas' demands, many of them don't have anything to do with Israel. Hamas is mainly doing all this because it has no more money. [Palestinian President] Mahmoud Abbas doesn't even have enough money to pay for his own so-called government. Egypt has closed its border with the Palestinian territory, because Hamas has become an enemy for them too - all of that has nothing to do with us. We need a ceasefire, and then we can talk about everything. But the most important thing is that Hamas loses its military capabilities.

Yakov Hadas-Handelsman has been Israel's ambassador to Germany since 2012.

The interview was conducted by Jeanette Seiffert.

There is an unequal war raging in Gaza: A well-equipped army is fighting a terrorist group that mingles with the civilian population. With the inevitable casualties, how do Palestinians view the conflict? (19.07.2014)