Yoga teacher on trial in Russia as a 'missionary'

Russians on the left are scratching their heads as a St. Petersburg yoga teacher faces trial for illegal missionary activity. The charge falls under a vague new anti-extremism law that can make proselytism illegal. 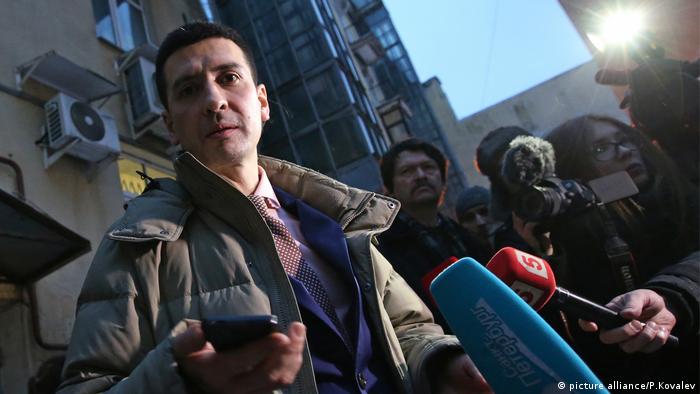 "Yoga is a Sanskrit word, it comes from the verb to connect. It's all about bringing people together. Can everybody hear me?" The microphone drops out. What follows is a 30-minute talk on yoga that has landed Dmitry Ugai in court and facing a 50,000 ruble ($825, 790 euros) fine and made him the talk of Russia's liberal social media scene. Thousands have watched Ugai's strikingly unremarkable lecture on YouTube. Liberal commentators have been left in shock by the fact this case has even been opened.

Dmitry Ugai bears little resemblance to charismatic preachers in the Hollywood mold. A middle-aged man in a muddy green jumper, he sits cross-legged opposite his audience, eyes wandering between his onlookers and the floor as he explains the basic principles of yoga. Just as Ugai warms to his subject - the importance of vegetarianism in yoga - he is told that he only has five minutes left. Ugai concludes his lecture with a call on attendees to look beyond the physicality of most ordinary yoga practice and discover the spirituality behind it. So far, so harmless?

After the video ends, plain clothes police officers led Ugai out of the building. Refusing to tell him what charge he faced, the officers took Ugai back to a police station for questioning. Ugai says he was threatened with remand unless he signed a blank piece of paper - something he believes was due to be used for a confession. He refused and was eventually released. That was October 22. Then everything went quiet. But just before New Year's Eve, Ugai received an official court summons. The charge - illegal missionary activity. Preaching to attract new followers in public, outside places of worship, is now an offense under new counter-extremism legislation.

The destruction of historic statues and works of art by offended religious believers in Russia has sparked outrage. But as Fiona Clark argues, the release of the offenders is most offensive. (06.09.2015)

The meeting of Roman Catholic Pope Francis and Russian Orthodox Patriarch Kirill marks a new chapter, DW's Christoph Strack writes. The leaders believe that "the world expects not only words but also deeds." (13.02.2016)

These provisions of the so-called Yarovaya law have already seen a court in the Far East city of Vladivostok order the destruction of 40 copies of the bible. The court found that the bibles in question were not clearly identifiable as supplied by the Salvation Army. It took a public outcry and intervention from high-ranking Orthodox church figures to force the court to reconsider its decision.

But did Ugai's rambling lecture even constitute proselytism? The experts are not convinced. They say Ugai was merely introducing different types of yoga in general terms, without singling a particular school out for praise. But perhaps most pertinently of all - how did the police even end up spending a Saturday afternoon at a yoga festival? It turns out that they were prompted by a previously little-known St. Petersburg activist, Nail Nasibulin.

Nasibulin alleges that Ugai is a preacher for the international Hindu movement Sri Chaitanya Saraswat Math - an organization he accuses of planning the festival under false pretenses, masquerading as a cultural event. Fearing "vulnerable young minds" would likely succumb to "deceit and cunning," Nasibulin decided to appeal to the police. He himself makes no secret of his own Russian Orthodox faith, but denies acting on behalf of the church.

But why would authorities follow up on this unusual denunciation? Part of the problem is the extreme vagueness of the legislation's phrasing. It's left up to individual officers to weigh up the ethical and philosophical arguments and decide when a mere mention of religion constitutes proselytism. Experts warn that the law lends itself to junior officers keen to demonstrate their zeal to top brass and at the same time improve their own performance statistics with the help of some successful prosecutions. 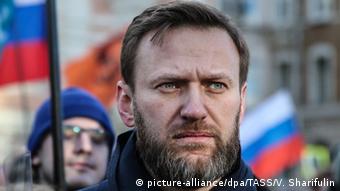 Opposition leader Navalny says there is no such thing as a safe, apolitical niche in Russia today

Or is this more than just a question of overeager subordinates? A test for civil society to see how much intrusion it can stomach before biting back? Singer and yogi Sati Kazanova, not otherwise known for her political activism, took to Instagram to blast the arrest, wondering out loud whether Russia had learned the lessons of the Stalin era. It is a response that has struck a chord with many younger, urban Russians, who by and large have up to now accepted the bargain offered by the Kremlin - enjoying the personal freedoms afforded by relative prosperity and keeping out of politics.

It's something not lost on opposition leader and presidential candidate-in-waiting Alexei Navalny. Citing Kazanova's post, Navalny told his readers there was no such thing as a safe, apolitical niche in Russia these days. "If you don't take an interest in politics, politics will come and take an interest in you," he wrote. The case rolls on with the next hearing scheduled for January 18.