The German language uses about 120 terms that are originally Yiddish. An expert explains why the words often have a negative connotation. 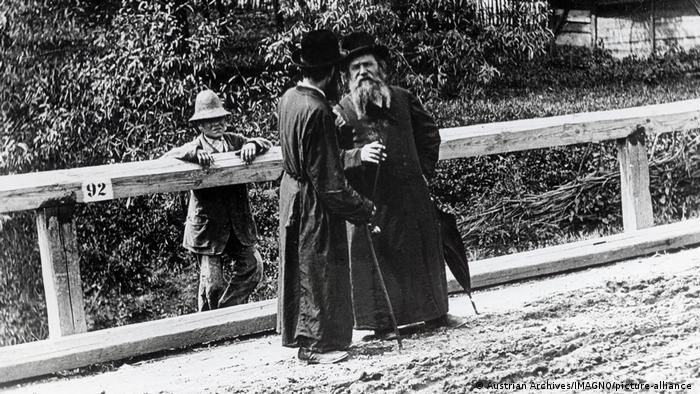 The Ashkenazi Jews of the shtetls spoke Yiddish; this photo is from 1900

"It's a compliment to a language when you borrow a word because you find it particularly fitting or charming," said Ronen Steinke. In 2020, the German book author, journalist and lawyer wrote a book about Yiddish terms that have long had a firm place in the German language.

There are plenty of common colloquial expressions that Germans use without realizing they have Yiddish roots, including "Ganove" (hoodlum), "Knast" (prison), "Tacheles reden" (to speak frankly), "Abzocke" (hustle) and "Zoff" (trouble) 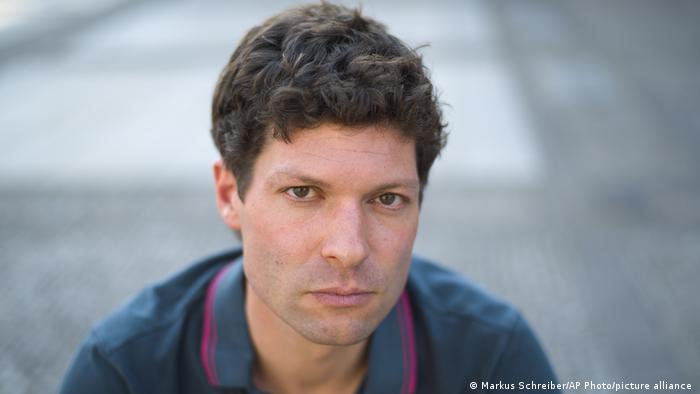 Steinke prefers in many cases the sound of Yiddish words to their German counterparts: "You're 'meschugge' sounds much cooler than 'You're not in your right mind,'" he argued.

Words with a negative connotation

Steinke warned, however, that some Yiddish words are used today in a twisted and pejorative sense that has evolved over the centuries. "Language shapes the image we have of each other," Steinke told Bayerischer Rundfunk broadcaster. The Yiddish term "Mischpoke" simply refers to a family — but when German speakers use the term, they mean shady characters.

"Ische" actually means woman, but in common German usage, the word refers to a woman with a dubious reputation. The way imported words from Yiddish took on such a negative connotation certainly says something about the historical image of Jews in Germany, said Steinke. He added that this image goes back to the Middle Ages, when Jews from poor neighborhoods were often automatically equated with thieves who also lived there. 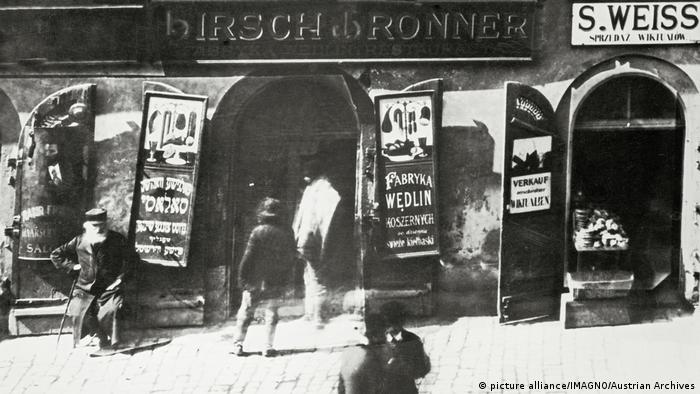 There are plenty of examples of Yiddish words which have taken on a negative connotation.

In Yiddish, "schachern" is akin to doing business or making money; in German, however, the verb is used for shady deals. 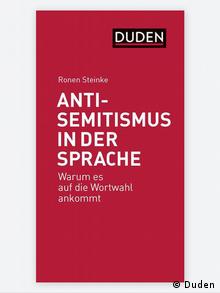 Ronen Steinke wrote a book about antisemitism in language

The German language uses the term "mauscheln" for cheating, but Steinke points out that "Mauschel" is actually the Yiddish form of the Jewish name Moses. At some point in the 17th century, it became a derogatory verb still in use today.

Even if people use the terms without malicious intent, Steinke said, the choice of words offends Jewish people. "I would compare it to small doses of arsenic," he said. "By themselves they are not poisonous, but if you swallow enough over years, the effect is toxic."

Steinke feels it's important to make clear that subtle terms often have a greater impact than overt antisemitic remarks, which are immediately obvious and can be quickly brushed aside. Accordingly, the title of his book is Antisemitism in Language: Why the Choice of Words Matters.

A brief history of Yiddish

The Yiddish language originated at the beginning of the 13th century, at a time when Jews in Germany were allowed to live only in ghettos. Over time, many fled to the neighboring kingdom of Poland, where they could practice their religion more freely. German and Slavic words intermingled with those of Hebrew origin.

Nearly 10 million native Yiddish speakers once lived between Kyiv, Riga and Berlin. After the Holocaust, not much remained of the once thriving shtetls, as the small Jewish towns in Eastern Europe were called.

Today, Yiddish is spoken regularly in only a few ultra-Orthodox communities, Steinke wrote in his book.

Jews who emigrated to Israel after World War II, in particular, saw Yiddish as the language of the oppressed. It was considered "old and weak, something left behind for good reasons," said Steinke. Even though Yiddish may have been the native language of the Israeli majority for a long time in the beginning, it was expected to be left behind to embark on a new beginning.

That has changed. Today, many young Israelis are increasingly interested in the language of their ancestors from Europe, where Yiddish lives on through loan words.

The Canadian Socalled is a multitalented artist: pianist, rapper, producer, film and theater director, doll maker, photographer, cartoonist and magician. He is now releasing an album of Yiddish folk songs.

Berlin is a holding a "wear a kippa" protest following the recent anti-Semitic attack in the city. Has wearing indicators of certain religions become dangerous in Germany? And what does the Jewish yarmulke stand for?