An alliance between Houthis and forces loyal to ex-President Saleh has collapsed, marking a turning point in the conflict. UN Secretary-General Antonio Guterres has urged all sides to cease fighting and make way for aid. A military coalition led by Saudi Arabia launched airstrikes against Shiite rebel targets on the outskirts of Yemen's capital, Sanaa, on Sunday in an apparent move to bolster forces loyal to ex-President Ali Abdullah Saleh against their former allies, the Houthis.

On Saturday, Saleh said he is open to discussing the conflict with Saudi leaders, after his alliance with Iran-aligned Shiite rebels known as Houthis collapsed earlier this week, marking a major turning point in the conflict.

"I call on our brothers in neighboring countries … to stop their aggression and lift the blockade … and we will turn the page," Saleh said in a televised speech.

The former president's remarks found support in the Saudi-led coalition, with the military bloc saying it was "confident" of Saleh's strategy shift.

Saudi Arabia entered the conflict in March 2015 to prop up the internationally-recognized government of President Abed Rabbo Mansour Hadi. 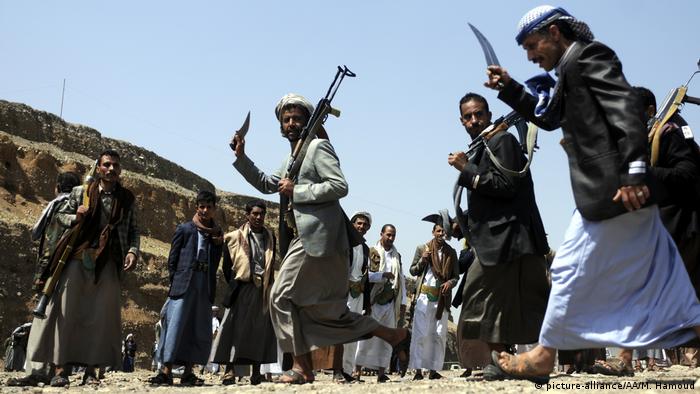 Forces loyal to Saleh, who ruled Yemen to 2012, supported Houthis for three years before their alliance collapsed

Yemen's capital has been hit hard by heavy fighting between Saleh loyalists and Houthis since their partnership collapsed. Residents said they were shutting themselves inside their homes to avoid sniper fire and shelling in Sanaa's central quarters.

"Sanaa is becoming like a ghost town. There is a street war and people are holed up in their houses," said an activist who works with the International Organization for Migration. "If the confrontation continues many families will be cut off" and stranded inside their residences, he added.

By March 2015, the Saudi-led coalition had launched  a deadly aerial campaign against the rebels.

More than 15,000 people have been killed, roughly half of them civilians, according to the UN.

The devastation has pushed the country to the brink of famine and prompted a cholera epidemic affecting nearly a million people.

Meanwhile, Houthis claimed Sunday they had launched a cruise missile at a nuclear power plant in the United Arab Emirates (UAE). However, UAE authorities swiftly denied that a missile had targeted its power plant, which is still under construction.

The nuclear power plant was "fortified and sturdy against all possibilities, and enjoys all measures of nuclear safety and security that such grand projects require," said the UAE's disaster management authority.

Houthis had previously attempted to hit high-profile targets with missiles launched from Yemen, including the Saudi capital, Riyadh.