Saudi Arabia has intercepted a missile south of Riyadh, in a move likely to affect Yemen's conflict. UN Ambassador Nikki Haley has said the strike bore "all the hallmarks" of previous attacks using weapons from Iran. 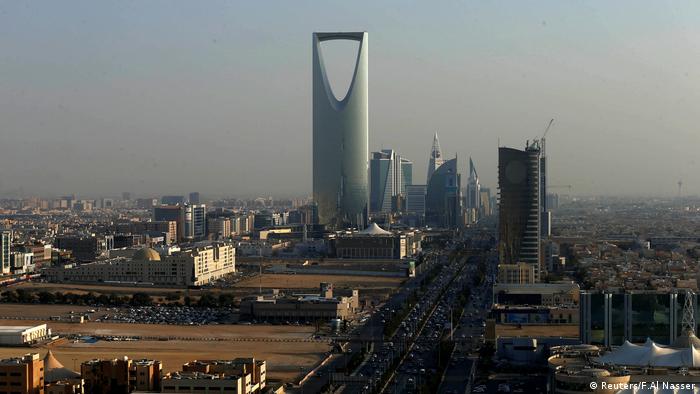 Houthi rebels in Yemen fired a ballistic missile at the Yamama Palace in the Saudi capital, Riyadh, according to a spokesman for the group on Tuesday.

Minutes later, the Saudi-led coalition said it had intercepted the ballistic missile south of the capital. "Coalition forces confirm intercepting an Iranian-Houthi missile targeting south of Riyadh. There are no reported casualties at this time," the state-run Center for International Communication wrote on Twitter.

A spokesman for the Houthi movement confirmed that a ballistic missile had targeted the royal court, where they claimed a meeting of Saudi leaders was taking place on Tuesday.

In November, the Houthis launched two ballistic rockets, with one aimed at Riyadh's King Khalid International Airport and the other at the southwestern province of Assir.

According to Houthi-linked media, the Iran-aligned rebels said they had fired the short-range Burkan H2 missiles at the time in response to "Saudi-American aggression and crimes against the people of Yemen."

Hallmarks of Iran: US

US Ambassador to the United Nations Nikki Haley said the strike bore "all the hallmarks of previous attacks using Iranian-provided weapons."

Haley called on the UN Security Council to punish Iran for its "dangerous violations" of UN resolutions and "destabilizing behavior."

She said the UN should look at sanctions "in response to its clear violation of the Yemen arms embargo," and proposed a new nuclear deal with Iran to prohibit all ballistic missile activity.

Russia's deputy UN ambassador, Vladimir Safronkov, contended that what was needed to implement the resolution on the nuclear deal was "to abandon the language of threats and sanctions, and to start using the instruments of dialogue — and concentrate on broadening cooperation and mutual trust."

In response to the earlier Houthi action, the Saudi-led coalition imposed a blockade to prevent what it claimed was Iran smuggling advanced military technology to the Shiite rebels.

Backed by loyalists of former President Ali Abdullah Saleh, who was killed earlier this month, the Houthis captured the Yemini capital Sanaa in 2014, forcing the country's internationally-recognized government led by Abed Rabbo Mansour Hadi to flee.

In March 2015, Saudi Arabia launched a military campaign against the Houthis and their allies.

More than 15,000 people have been killed and thousands more injured since the conflict erupted, according to UN figures. The country has since been pushed to the brink of famine, and a cholera epidemic has affected nearly 1 million people.

An alliance between Houthis and forces loyal to ex-President Saleh has collapsed, marking a turning point in the conflict. UN Secretary-General Antonio Guterres has urged all sides to cease fighting and make way for aid. (03.12.2017)