Yemen's Houthi rebels have reportedly caused minor damage to a Saudi oil tanker in international waters. The rebel group has recently stepped up attacks outside the country's borders. 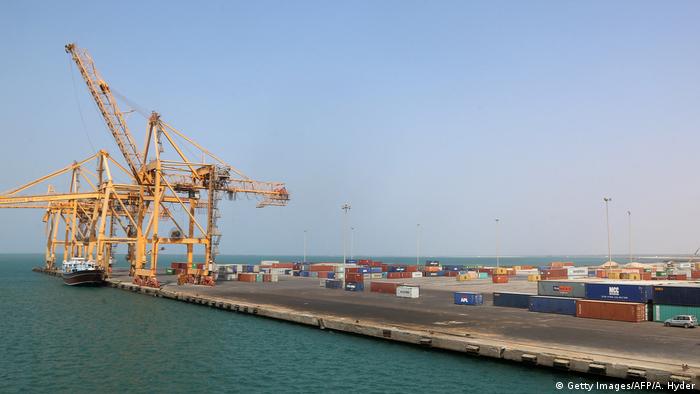 The Saudi-led coalition in Yemen claimed Houthi rebels attacked an oil tanker in the Red Sea on Tuesday.

The Houthi rebels have intensified attacks against Saudi Arabia in recent weeks following the third anniversary of the war in Yemen.

The Saudi-led coalition said in a statement that: 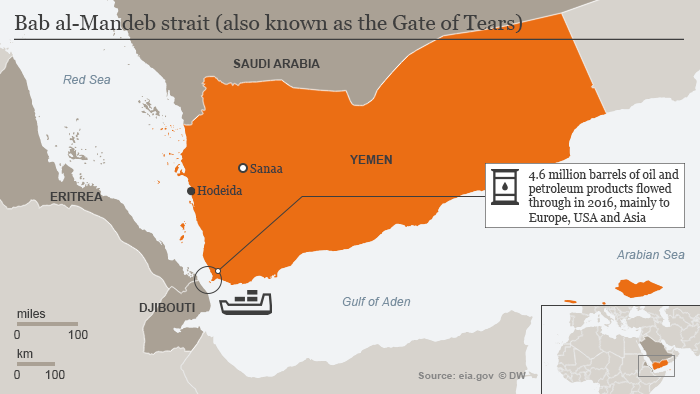 A threat to Europe's oil

The Houthis said in a text message to Reuters news agency they had actually been targeting a battleship "in response to the bombardment of displaced people in Hodeidah." Twelve civilians from the same family were killed in an airstrike in Hodeidah on Monday.

Major gateway: The port of Hodeida is a major entry point to Yemen for relief supplies and other commercial goods.

Stepped up attacks: Yemen's Houthi rebels have scaled up attacks outside of its borders, recently launching a series of ballistic missiles towards airports and urban centers in Saudi Arabia.

Civilian toll: More than 10,000 people have been killed in Yemen since March 2015. About 8.4 million face imminent famine in the country, according to the United Nations.