Planes carrying aid have landed in the Yemeni capital for the first time following a three-week Saudi-led blockade. But aid groups say such flights will do little to alleviate Yemen's humanitarian crisis. 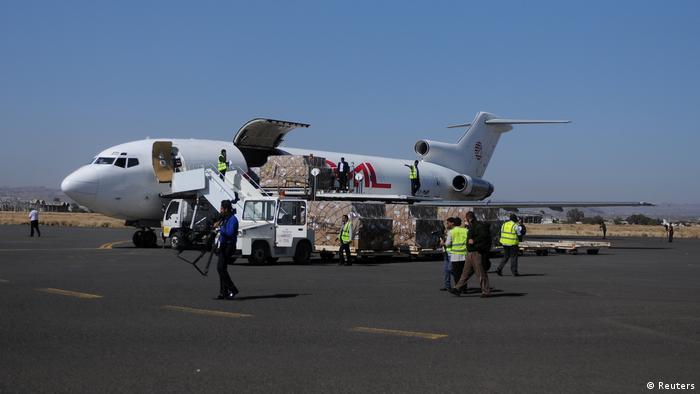 Four aid planes carrying vaccines, urgent relief supplies and international humanitarian aid workers arrived in the Yemeni capital on Saturday, marking the end of a much-criticized blockade of the airport by a Saudi-led coalition.

Three of the planes were from the UN, while the fourth was sent by the International Committee of the Red Cross.

The coalition closed all airports and ports in Yemen on November 5 in response to a missile fired by Houthi rebels at the Saudi capital, Riyadh, the day before, saying it was to stop the rebels receiving arms from Iran. 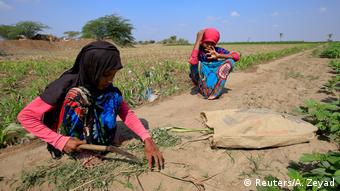 Millions in Yemen are suffering from malnutrition

The UN humanitarian affairs office said on Friday it had received clearance for flights into Sanaa, but that shipments of food and medicine to the vital rebel-held Red Sea port of Hodeida remained blocked.

Aid groups had warned that the blockade would greatly aggravate the humanitarian catastrophe in Yemen, where some 7 million will face famine amid the country's long-running civil war unless they receive international help .

The World Health Organization confirmed earlier this week that diptheria was spreading owing to a lack of vaccines, while more than 2,000 people have died of cholera this year.

The Saudi-led coalition has been fighting the Iran-backed Houthi rebels in Yemen since 2015 in a bid to prevent Tehran, Riyadh's archrival, from gaining a foothold in the region.