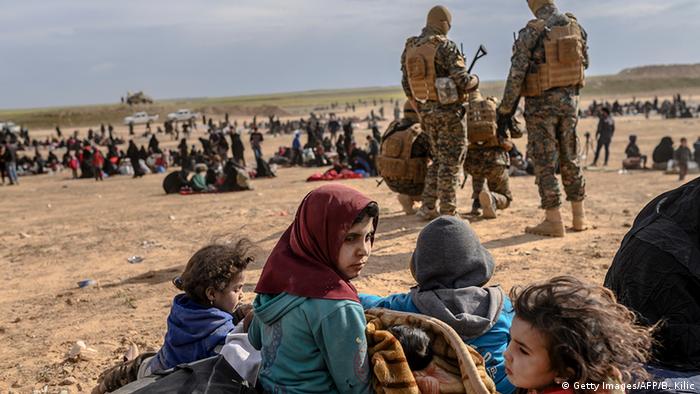 After more than four and a half years as prisoners of the Islamic terror group "Islamic State," 21 Iraqi Yazidis, most of them children, were recently reunited with their families in the Kurdistan region of Iraq. Only a small number of Yazidis have been able to escape from Baghouz, the final holdout of IS.

Of the more than 6,000 members of the religious minority that IS kidnapped in Iraq in 2014, intending to turn the women into sex slaves and the boys into fighters, some 3,000 women, children and men are still missing. And while the exact number of Yazidis who have got out of Baghouz is not known, it is not more than a few dozen.

One of them is Suaad Daoud, 21, who last month left the Syrian enclave with the IS family she served and has now been reunited with surviving relatives in a Yazidi camp in Kurdistan. Talking in a quiet restaurant near the Iraqi Kurdish border city of Zakho, though distracted at times, she appears to have survived the atrocities she was subjected to relatively well. Suaad Daoud recently was liberated from IS

She knows that many Yazidi women and children are still with IS families since fleeing Baghouz but not coming forward. "They are scared," she says. When leaving the village, she disobeyed her captors and gave her real Yazidi name to the Syrian Kurdish forces of the US-backed Syrian Democratic Forces (SDF) who received them. "They told us we would be killed if we did," she says.

While recounting the lack of food in Baghouz, which has been under siege by the SDF and coalition forces for weeks, she states that there are still Yazidi women with the IS fighters who remain in the city. "To cook for them, and some are married," she says, implying in the language of shame used by most returnees that the women are also kept for sex.

Her opinion is echoed by Yazidi activist Mirza Dinnayi, an advocate for the Yazidi cause in Europe. "[IS] has always taken Yazidis to the front lines," he says on the phone from a European city, mentioning reports about negotiations with IS intended to secure their release before the final battle. "But how can you trust them to do as they say?" 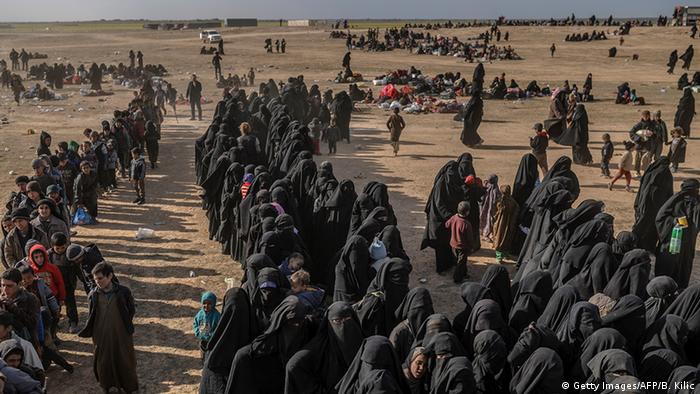 His doubts have proven to be well-founded, as reports surfaced of IS beheading 50 Yazidi women, followed by videos of female corpses discovered in newly liberated parts of Baghouz. Dinnayi was told by trusted sources with ties within the terror group that the executions were ordered by IS leaders who wanted to ensure the woman would not pass on essential information if they were liberated. The killings also sent a clear message: "You kill our people, so we kill those you want to liberate." During the siege of Baghouz, children died of hunger and air raids on IS positions also killed civilians.

While Dinnayi tries to get the Friends of the Yazidis group in the European Parliament to arrange for pictures to be taken of the murdered women, so they can be identified, Nobel prizewinner and Yazidi activist Nadia Murad has urged the Iraqi government to urgently research the case. The silence and inactivity of Iraq's politicians has angered the Yazidis. "If those 50 women had been of a different religion, it would have sparked huge protests," some Yazidis say.

The Yazidis' religious leader, Baba Sheikh, also released a statement condemning the silence and calling for special commissions to be formed to search for the Yazidis who remain missing, a call that Murad has echoed. "[IS] is using the Yazidis as a human shield," she said. For that reason, SDF has postponed the final battle a couple of times so far.

Now that the hated IS caliphate is near its end, Yazidis are becoming increasingly fearful about the fate of the missing members of their community. Both Nadia Murad and Mirza Dinnayi are convinced dozens of children remain hidden within IS families in camps under the control of Kurds in Syria. They complain that their demands for a search have fallen on deaf ears. "The people who want to help are not authorized to do so, those who are do not leave their desk," Dinnayi says. 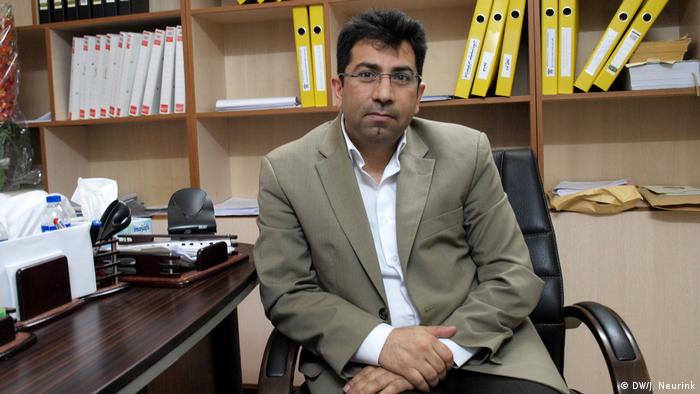 Sally Becker of the British NGO Road to Peace also recounts trying in vain to get search missions started inside the camps for Iraqi internally displaced persons (IDPs), where many Iraqi families with ties to IS are still staying. When the NGO was providing medical aid to displaced children in Iraq in 2017, she noticed many blond and red-headed children with IDPs from the former IS stronghold of Hawija; she thought they could well be Yazidis. "We found a company in The Hague that offered free tests to prove family ties," she says. But the Iraqi government would not give its permission and the children were lost inside the families once again.

Becker also worked to help those fleeing Baghouz to reunite with their relatives. She shared pictures on her network in Iraq and on social media. "Family members recognized them and contacted me." Partly as a result of her initiative, all 21 of the recent arrivals have been reunited with family members in Duhok. DNA testing will now be conducted to prove their ties.

"Two of the boys were recognized by their sisters, who are part of the German program," Becker says, referring to the program set up in Germany to provide trauma therapy for some 1,000 survivors of IS. "It would be good for those women who thought they had lost all their family to be reunited with their brothers." 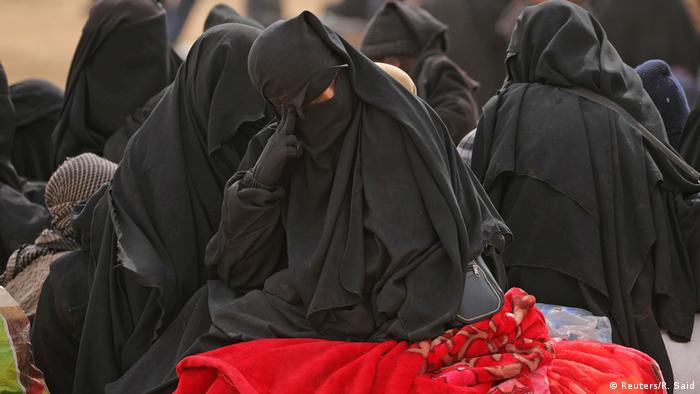 Only a small number of Yazidis kidnapped by IS have escaped

Suaad Daoud also has two sisters in the German program, who have been able to come over and be with her for the first part of her journey back into the world. She hopes she will be allowed to join them. "I thought I had no family left."

Accounting for the missing

When IS took over the Iraqi province of Sinjar, which was home to around half a million Yazidis, they killed thousands of their men and kidnapped over 6,400 members of the religious minority. Of these, around 3,400, most of them women and children, have been able to escape. Mirza Dinnayi thinks that at least 1,000 of the missing, mainly men, have been killed. In addition, many of the Yazidi boys who were put into battle must also have died on the front lines. Other captives died in the coalition bombing campaigns that forced IS to its knees.

He believes that hundreds of women and children are still concealed within Arab families in the Sunni regions of Iraq and Syria and in IDP camps. He mentions two Yazidi girls he says are being kept in Iraq's Anbar province and do not know how to escape. An unknown number of women have been sold to Sunnis in countries abroad, including in Saudi Arabia and Jordan.

Prince Tahseen Said Beg died after a long illness in Germany on Monday. He had spent much of his life in exile, advocating for the Yazidis during some of their darkest years. Challenges await a successor. (29.01.2019)

The past she was attempting to flee came back to haunt a young Yazidi woman in a small town in Germany. Her former IS tormentor confronted her on the street and "told me he knew everything about me." (17.08.2018)

Ukraine says war in Donbas at 'maximum intensity' — as it happened