A New Hampshire summer camp offered girls from postwar Europe a monthlong respite and the chance to learn about the United States. Colbytown Camp brought together refugees and Americans from different walks of life. 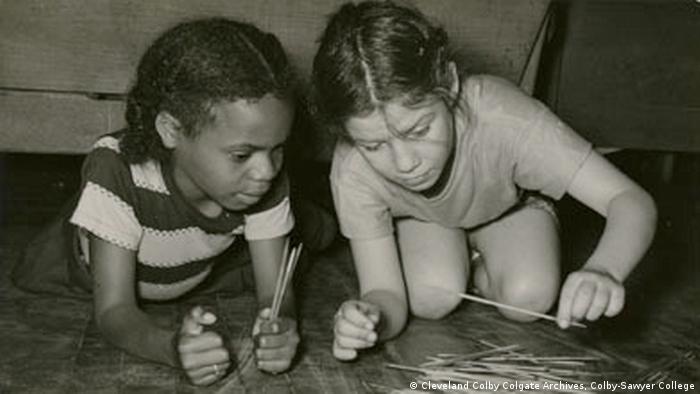 When her train pulled into the rural New Hampshire station in 1947, Lore Baer had already experienced more turmoil in her life than most 8-year-olds.

Growing up as a Jew the Netherlands during World War II, she regularly hid from the Nazis in a dark hayloft. She had watched the Gestapo arrest her ill grandfather and survived the Dutch famine of 1944-45.

After the war ended, her family decided to leave Europe and made the long journey by sea from Amsterdam to New York City. Now, only a few months after arriving in the United States, she was headed to Colbytown Camp, a monthlong summer camp on the shores of a small, pristine lake in the small town of New London.

The scenery — rolling hills enclosed by stone walls — reminded her of the two years she spent living on a Dutch farm with the family that concealed her identity. Colbytown Camp, far from her new home in New York, was a place that brought back memories of learning to milk cows and bake bread.

"I was transported to a big city, and I grew up in Amsterdam, but I just loved being out in the country," says Baer. "I always loved camp. I can only think it was a great experience for me."

Campers of different faiths and cultures

Baer was part of the seventh cohort of Colbytown Camp, an interracial and interfaith program located in New London. Founded in 1940 by Colby Junior College, a two-year women's school, the camp initially aimed to provide WWII refugees in the US with a free summer vacation. With a secondary mission of contributing to "world brotherhood and interrace-interfaith understanding," the college also extended invitations to white girls from rural New Hampshire and Black and Asian girls from Boston, until it closed in 1989. 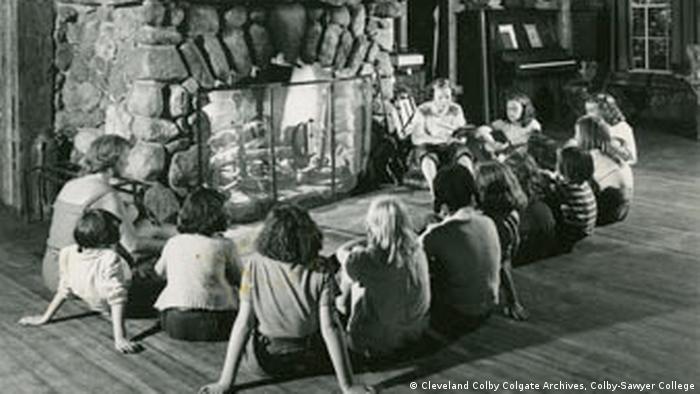 Colbytown campers sit in front of a fireplace

Every July, two dozen girls aged 8 to 12 were recruited from various social agencies and assigned to live in four tents along the lake. A hand-hewn athletic lodge with a spacious living room and fireplace provided a common area for activities like music and dance, and a boathouse on the waterfront doubled as a space for arts and crafts. Surrounding the camp was a pine and birch forest that the campers explored on hikes.

Baer was happy to leave behind the claustrophobic streets of New York, but most campers had a more complicated experience. Traumatized by the war, many felt extreme anxiety at being separated from their families. It wasn't uncommon for campers to cry or avoid speaking for the first few days.

But except for a single camper in 1944 who had to be sent home early after repeated attempts to run away, the girls eventually adjusted. The camp counselors, who were all unpaid volunteer college students, gained their trust by taking the time to talk campers through their feelings, teach them how to present themselves and putting them in charge of the evening activities.

To help the girls make intercultural connections, they were assigned tents by age. Those of similar background would often cling to one another, but the counselors encouraged integration by assigning campers random seats at meals. Counselors also helped those refugees who had not yet mastered English by practicing the language with them. The campers' desire to engage with their peers made them highly motivated to learn. 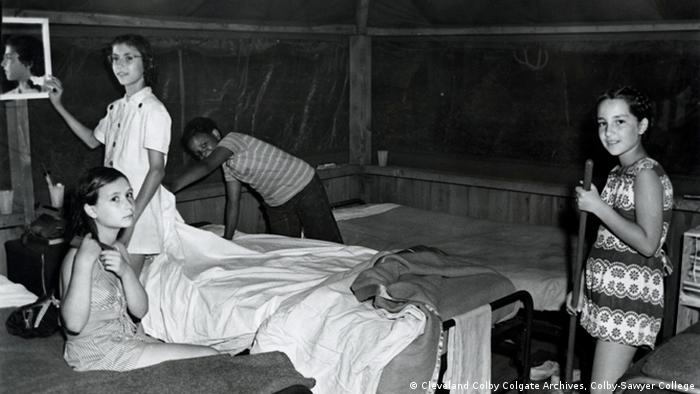 Campers slept four to a tent

Language was only one part of the Americanization process. The refugees also learned American customs and traditions, roasting hot dogs and making s'mores at the campfire. Nature trips brought lessons on animals and plants native to the area, like red lizards and black-eyed Susans.

"I had just come from a different country and America was just a jigsaw puzzle to me," recalled one camper in 1952, who also emigrated from the Netherlands. "I loved the long trips and hikes, the activities and the campfires. They were all so strange but wonderful."

In turn, the refugees shared dances, poems and folklore from their home countries, teaching the Americans the original words to songs like "O wie wohl ist mir am Abend" ("O How Lovely is the Evening") " and "Frere Jacques."

'Atmosphere of friendliness and harmony'

For the campers, Colbytown had the ability to compress space and time, as if folding the edges of the world map in on itself. In an article on the camp for The Junior College Journal in 1950, Lois MacFarland explained that at Colbytown, "all of the children seem to get a new idea of the world ... Four weeks together, and the conception of places removed from their own homes comes to these children."

The campers also learned to respect one another's differences through daily nondenominational worship. In a clearing deep in the words, the camp set up a cross and a Star of David made out of birch wood. Known to campers as the "green cathedral," the clearing served as the backdrop for religious discussions, where campers explored life's big questions and the interdependence of humanity. This message was echoed through chores, which brought the girls together in pursuit of a common goal. Often when tents were inspected during morning cleanup, a girl would help another make her bed so the entire tent could pass inspection, as noted in a 1947 account. 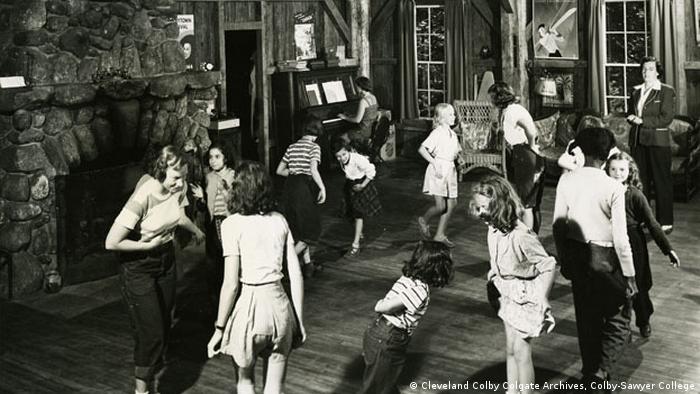 Girls at the camp shared dances, poems and folklore from home with each other

"One of the most impressive and unforgettable things about Colbytown was the prevailing atmosphere of genuine friendliness and harmony," a 1949 camper reflected in a letter to the college a few years after her summer at Colbytown. "Everyone was everyone else's close friend."

The year Baer attended camp, a girl from New York received a letter informing her that her father was in the hospital. When she began to cry at the thought of nobody picking her up at the train station, all her bunkmates got down on their knees and prayed. Two days later she received a card saying he had been discharged.

Camp staff also recognized the impact Colbytown had on their lives. In 1953, Gretchen White, who had grown up in the Midwest and had spent previous summers as a counselor at an expensive sailing school, came to volunteer at Colbytown. There, she learned to braid a Black girl's hair and comforted another camper who was wrestling with the psychological aftereffects of the war.

"I learned things I never knew," she said, recalling the experience almost 70 years later. "It was a wonderful experience."

From Greece to Germany: How do you give 58 refugee children a new home?