Sunday December 18 marked the beginning of a new chapter in the history of the legendary Wuppertal suspension railway. The entire railway system now been fully renovated. The railway is a one-of-a-kind transport system, so the renovation project had to be tailor-made. It took two decades for crews to finish work on the stations and the support structures along the track, which runs for 13.3 km. The project cost a total of € 634-million. The modernization work was completed in stages - while the rail line was still in use. The original "Kaiserwagen," next to one of the new cars

On Sunday, five new-generation rail-cars made their first official appearance on the line. Holger Stephan, spokesman for Wuppertal public utilities, says that city officials and local residents are excited about the new line, and are looking forward to using it. By early 2018, a total of 31 new rail cars will be in use. The railway will leave the first stop every two minutes, and travel through all 20 stations on the line more quickly than before. 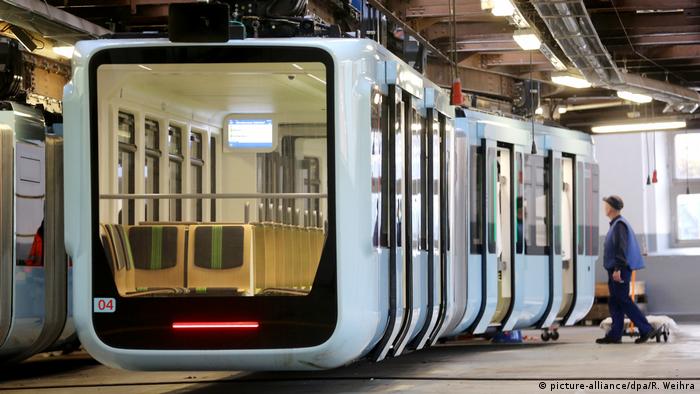 The new light-blue wagons are the same size as the old ones, but they have a lot more room inside. That's good news for parents with strollers, and people who use wheelchairs. And the seats are now fully padded. Once the older cars are taken out of service, most of them will be sold to rail buffs. 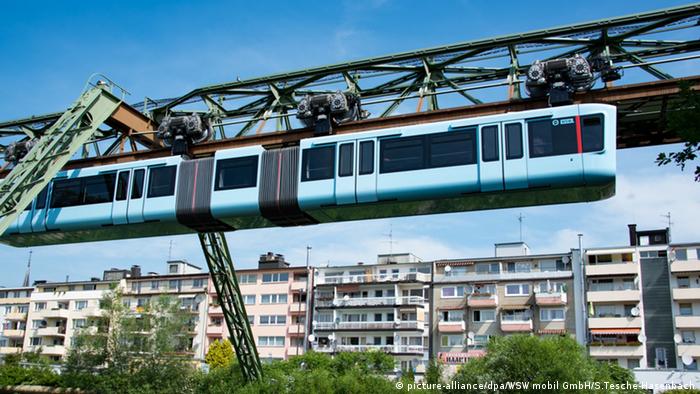 Wuppertal's suspension railway is not only the city's best-known landmark; it's become famous throughout the world. After all, there are few cities that have a public transport system that moves 24-million passengers a year without ever touching the ground. And railway souvenirs are popular: hundreds of miniature versions of the new cars have been sold;  you can also buy them in the form of candy, or in the shape of pastry cutters. The railway is also proudly displayed on coffee cups and ballpoint pens. 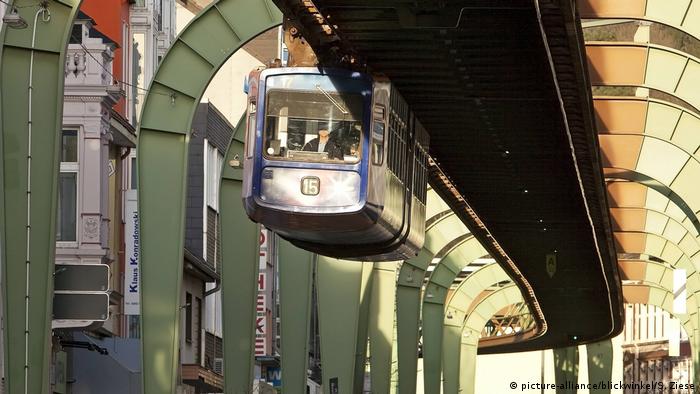 Inner-city travel - with no traffic jams

During the week, an estimated 85,000 passengers use the railway every day. By the end of the 19th century, the region's industrial sector was thriving. Local officials decided that they could afford a groundbreaking transport system like the suspension railway - at a time when other German cities were merely building subways. 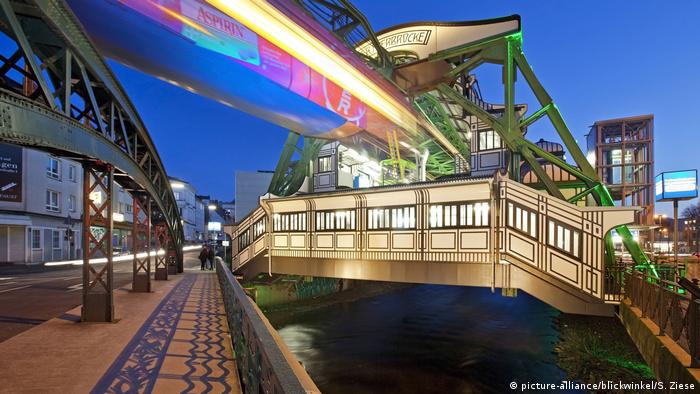 The historic Werther Bridge station, with its art nouveau design

The city of Wuppertal was not actually created until 1929 - through the merger of the industrial cities of Barmen and Elberfeld and several nearby communities.

The railway follows the course of the Wupper River, from which the new city took its name.

In October 1900, Kaiser Wilhelm II and his wife (empress Augusta Victoria) travelled to the city to officially dedicate the new "floating tram." They also took a brief test ride. A car similar to the one used by the royal couple has been carefully restored, and is now available to the public for special trips. 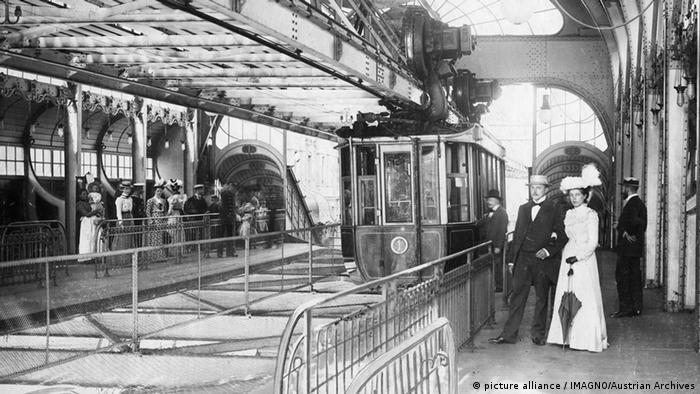 All aboard! The Döppersberg station in 1912

But the railway's most famous passenger was a young female elephant. In July 1950, a circus was in town - and the owner decided to have the elephant, called "Tuffi," ride the train as a publicity stunt. But she became agitated during the trip, broke through a window, and tumbled about 12 meters into the river below. She suffered only minor injuries, but the event made headlines around Germany.

The railway's darkest day was April 12, 1999. Five people were killed and 47 others were injured when the first train of the day hit a piece of steel construction material that had been left on the (overhead) track by mistake.