Guinness World Records had awarded the 112-year-old Japanese man his title earlier this month. The record holder has said that smiling was the secret to his long life. 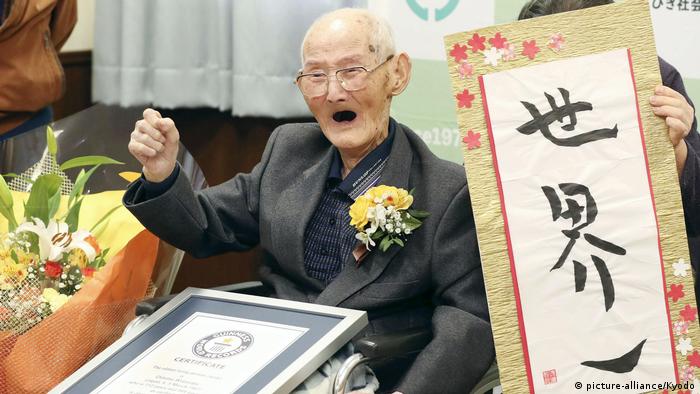 A 112-year-old Japanese man who was named the world's oldest living man a few weeks ago has died, local media reported Tuesday.

Chitetsu Watanabe, a resident of the city of Joetsu in central Japan, died on Sunday, Japanese media according to Kyodo News.

Watanabe was born in Niigata in northern Japan on March 5, 1907. He had received an official certificate from the Guinness World Records naming him the oldest man alive only on February 12. The previous record holder was Masazo Nonaka, another Japanese man, who died last month.

The oldest known living person is Kane Tanaka, a woman who celebrated her 117th birthday in January. She is also Japanese.

Watanabe went to agricultural school before moving to Taiwan, where he worked at a sugar production company. The record holder lived there for 18 years before serving in the Japanese military during World War II. After the war, he returned to his hometown in Japan and worked as a civil servant until his retirement. He had been living in a nursing home when he died.

At the Guinness award ceremony, Watanabe had said that the secret to his longevity was not getting angry and always smiling.

A Russian woman believed to be the world's oldest person has died surrounded by family and friends who came to give their respects. Her son has said kindness and a positive attitude were the secrets behind her longevity. (30.10.2019)