A survey of major diseases and injuries in 188 countries has revealed that life expectancy has gone up by more than six years since 1990. People in Japan are likely to live the longest. 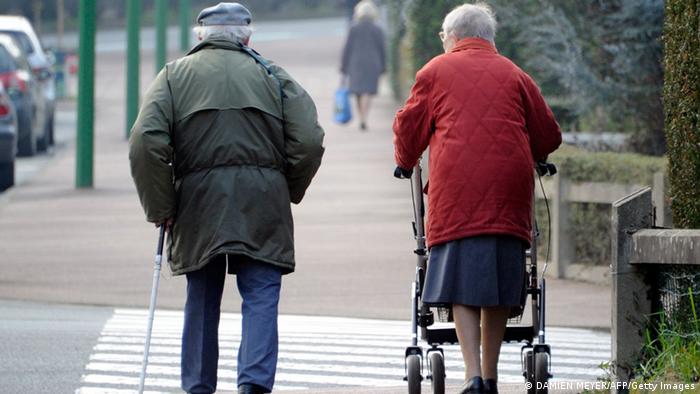 Research published in "The Lancet" journal on Thursday found that people around the world are generally living longer, but are also spending longer periods of time battling illness and disability.

Theo Vos, a professor at the Institute of Health Metrics and Evaluation at the University of Washington who led the analysis, noted that great strides had been made in global health, particularly in the fight against infectious diseases such as HIV/AIDS and malaria.

"But now the challenge is to invest in finding more effective ways of preventing or treating the major causes of illness and disability," he said.

The researchers' main finding was that aggregated global life expectancy had risen by 6.2 years - from 65.3 in 1990 to 71.5 in 2013 when combining both sexes. For men, the figure stood at 68.8, compared with 74.3 for women. The study also published so-called HALE (Healthy Adult Life Expectancy) figures for all countries - the length of time somebody can hope to live without major illness or disability.

The study highlighted that changes over the 23-year period varied from country to country, but in most cases were "significant and positive."

The exceptions were Belize, Botswana and Syria, where healthy life expectancy - or years spent living without serious illness - saw no notable improvement. In some countries, including South Africa, Paraguay and Belarus, the outlook actually got worse.

For example, in Lesotho and Swaziland - both landlocked kingdoms within southern Africa - people born in 2013 could expect to live about 10 fewer healthy years than people born there 20 years earlier. Countries such as Nicaragua and Cambodia, on the other hand, saw dramatic increases of around 14 years.

According to the study, Singapore, Andorra, Iceland, Cyprus, Israel, France, Italy, South Korea and Canada are among the other countries, after Japan, where people can expect to live longer, healthier lives. Germany's overall life expectency stood at 80.6 years, with a healthy life expectency of roughly 68.8 years.

The Bill and Melinda Gates Foundation funded the study.

Newborn boys in Germany can now expect to live until roughly the age of 78, and girls five years more than that. Both of those assessments are record-breaking, according to the government's latest analysis. (22.04.2015)

A Bertelsmann study on job-related health issues in Germany has echoed alarming developments across Europe. Without protective regulations for workers, there is a great risk of high absenteeism and billion-euro losses. (17.03.2015)