Health of Europe′s workers at risk, says new study | Europe| News and current affairs from around the continent | DW | 17.03.2015

A Bertelsmann study on job-related health issues in Germany has echoed alarming developments across Europe. Without protective regulations for workers, there is a great risk of high absenteeism and billion-euro losses. 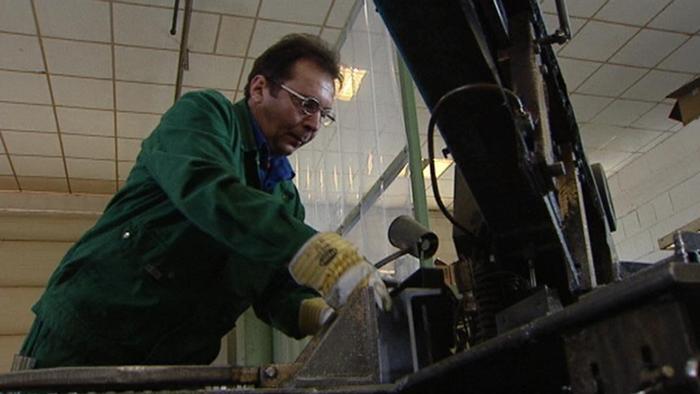 An increased heart rate, high blood pressure, ulcers and depressive disorders are the consequences of a work environment that continues to change rapidly, both in Germany and neighboring European countries.

Mobility and flexibility go hand-in-hand with modern technology and job requirements in a globalized world. The only thing that counts is results, and not the time needed to achieve them. Performance-based and goal-oriented remuneration is spreading, and employees are increasingly being treated as freelancers and even act that way.

The authors of the recent "Health Monitor" by the German Bertelsmann Foundation found that the criteria meant to contribute to job satisfaction are apparently bringing about the opposite effect.

In a nationwide survey of 1,000 employed Germans, every third person confirmed that it was hard to cope with growing work demands. "The vicious circle begins with the so-called spiral model," explained Gert Kaluza from GMK Institute of Health Psychology, one of the authors of the study. 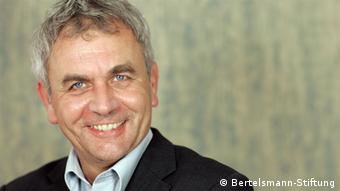 If no one intervenes, employees are permanently overworked: Kaluza

Once lofty goals have been achieved, the mark has to be set higher every time. "If no one intervenes, employees are permanently overworked," said Kaluza. The results of the study do not reflect on the subjective problems of individual, less resilient people, but real problems of many highly motivated employees according to objective criteria.

"Fewer and fewer employees are reflective: they are just going through the motions," said Anja Chevalier of the German Sport University Cologne, a co-author of the study. She knows where the risk lies: when employees are repeatedly disappointed because they overwork themselves in the hope of being promoted, but instead are treated unfairly.

Nowadays, old-fashioned values or comprehensible criteria count less and less in companies - the same with personal strengths and talents. If difficult goals are added to that and a lack of information becomes the routine, work can lead to stress and illnesses, said Chevalier.

Last year, the Organization for Economic Co-operation and Development (OECD) published a list examining physical and mental work stress in 23 European countries. When compared to other countries, Slovakia, the Czech Republic, Slovenia and Turkey come off badly. Germany was ranked 17th. 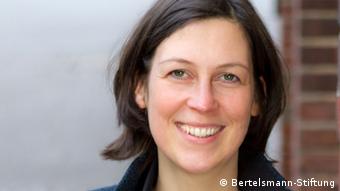 Fewer and fewer employees are reflective: they are just going through the motions: Chevalier

The European Agency for Safety and Health at Work (EU-OSHA) is aware of the problems of overworked employees all over Europe. According to EU authorities, the national cost of work-related stress in France, for example, amounts to 4-6 billion euros ($4.2-6.3 billion).

The costs are just as high in the UK, where employees are now absent almost 24 days per year on average due to work-related mental disorders. And ever since politicians in Italy and Spain began loosening labor laws and regulations, the number of work-related illnesses has increased significantly in those countries as well.

'We simply cannot afford to ignore the issue'

Human resources is the most expensive part of running a business. EU-OSHA has recorded a Europe-wide tendency of companies reducing staff for economic reasons without, however, reducing the workload. Remaining employees just have to cope with the tasks at hand.

"Work-related stress is the second-most common health problem in Europe. The ensuing costs for businesses in Europe are estimated at around 240 billion euros. We simply cannot afford to ignore the issue," said Christa Sedlatschek, EU-OSHA director. Last year, EU-OSHA initiated the campaign "Healthy Workplaces," a European campaign against the self-exploitation of workers that be highlighted by a series of events this autumn.

The Confederation of German Employers' Association (BDA) has also claimed it is taking the issue seriously. The desire for reasonable working conditions is undisputed: "The good health of workers is in the best interest of a company," BDA wrote in a statement to DW.

Seven jobs that are worse than yours

Think you’ve got a tough job? Imagine being a pet-food taster. Or a sewer inspector. Next time you complain about your work, spare a thought for some of these guys. (22.12.2014)

Uncomfortably numb: depression can affect anyone, but there's help if you want it

The number of people diagnosed with depression is five times higher today than it was 30 years ago. Is it the pressure to perform? Or hereditary? And what can be done? (01.10.2014)