The Japanese man from the island of Hokkaido lived to be 113 years old. His family has expressed shock at "the loss of this big figure." 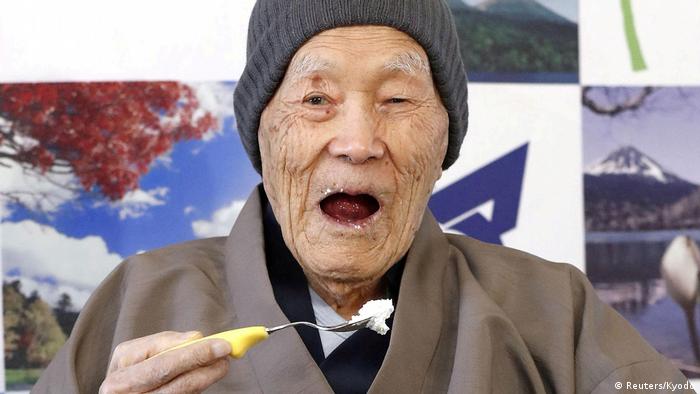 Masazo Nonaka, dubbed the "world's oldest man" by Guinness World Records, on Sunday died of natural causes at the age of 113.

"We feel shocked at the loss of this big figure," his granddaughter Yuko told Kyodo News. "He was as usual yesterday and passed away without causing our family any fuss at all."

Nonaka was born in July 1905 and became the oldest living man on April 10, 2018, according to Guinness World Records. He outlived his wife and three of their children.

His family said he spent his time enjoying hot springs at their inn, watching sumo wrestling on television and eating sweets. 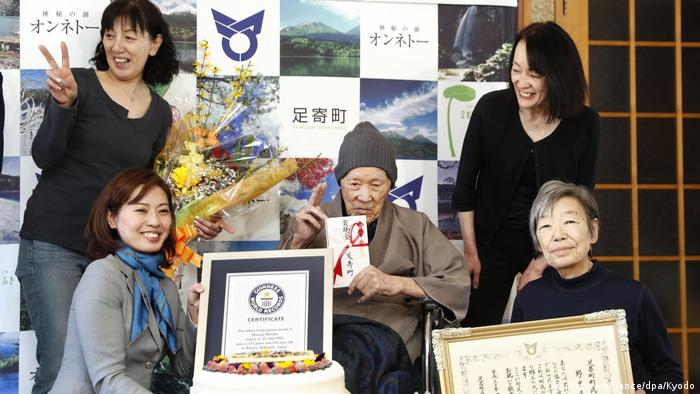 Japan is home to several of the world's oldest persons. In general, the country has a significant number of centenarians, or people who are 100 years or older.

Last year, the health ministry said that the number of centenarians grew by 3 percent to hit a record-breaking 69,785. Nearly 90 percent of them are women, the ministry added.

The figure has grown significantly since the ministry began keeping a record in 1963. That year, the ministry recorded 153 centenarians. However, the growing trend also reflects an increased demographic burden as the population ages and birth rates continue to decline.

Russia's foreign minister has called on Tokyo to accept the outcome of the war in order to advance discussions on a peace plan. Russia and Japan have yet to sign a peace treaty since the end of World War II. (16.01.2019)

A quarter-ton bluefin tuna has sold for more than double the previous record at the first Tokyo fish auction of 2019. The buyer was a Japanese sushi entrepreneur who calls himself the "Tuna King." (05.01.2019)