Japanese Princess Ayako will lose her royal title after marrying a commoner. Women who marry into the imperial family gain royal status, but those who marry commoners must leave. 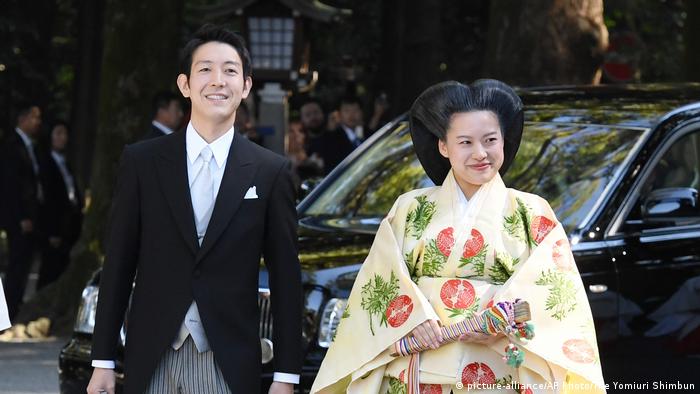 Japan's princess Ayako on Monday married a commoner in a ritual-filled ceremony Monday at Tokyo's Meiji Shrine, meaning she will lose her royal status.

Ayako and her groom Kei Moriya, who works for major shipping company Nippon Yusen, were shown on national news walking slowly before guests at the shrine.

The wedding was held in one of the pagoda-like buildings in the shrine complex and included an exchange of rings and a shared cup of sake, according to Japanese media. 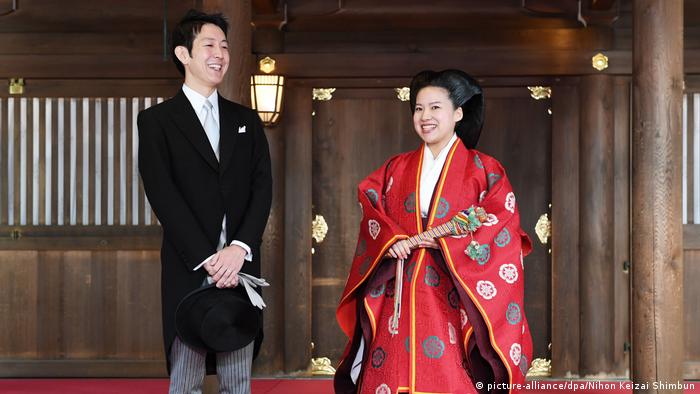 Ayako wore a Heian-era style hairdo, which is swept back into a ponytail, and a traditional robe with red and green patterns, while Moriya wore coattails. She later changed into a red Japanese robe.

The pair met because their mothers were friends and they had hit it off immediately, reported Japanese national daily The Mainichi.

"I am filled with happiness," Ayako told reporters after the ceremony.

Her new husband Moriya said he hoped to help his wife adjust to a commoner's life.

"I want us to work together, hand in hand, to create a family filled with smiles," he said. 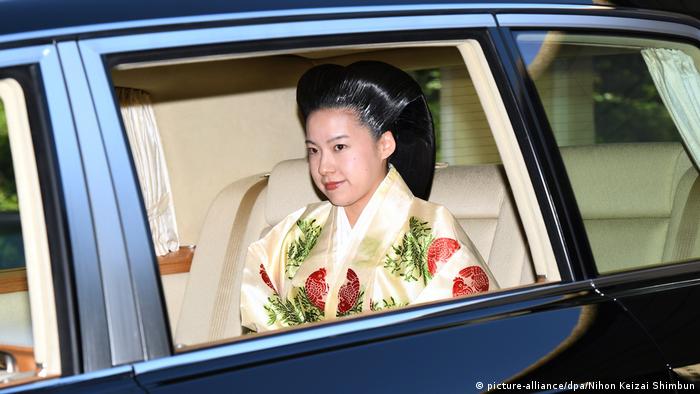 While women who marry into the imperial family become members of the family, those who marry commoners must leave.

Ayako said her formal goodbyes to Emperor Akihito last week and said Monday that she hoped to continue to help the emperor and empress as a former member of the imperial family.

English-language newspaper The Japan Times reported that despite losing her royal status, Ayako would retain honorary positions at two organizations.

In June, Princess Hasako, Ayako's mother, said it would be "possible" that her daughter would continue to serve as the honorary president of some organizations "given the need" for her to do so, The Japan Times reported.

Last year it was announced that Princess Mako was expected to marry commoner Kei Komuro. The pair were due to wed in November 2018 but the wedding has since been postponed until 2020. 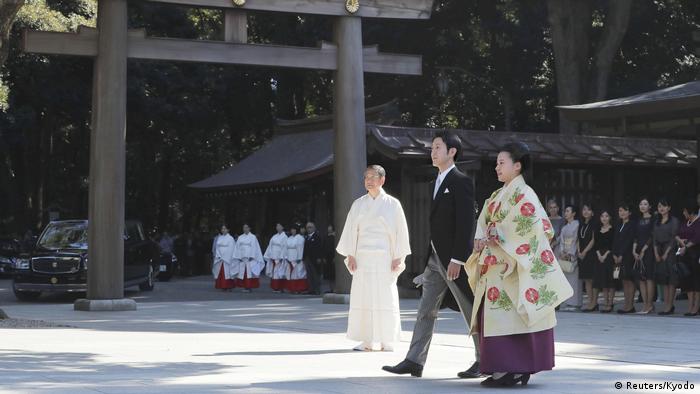