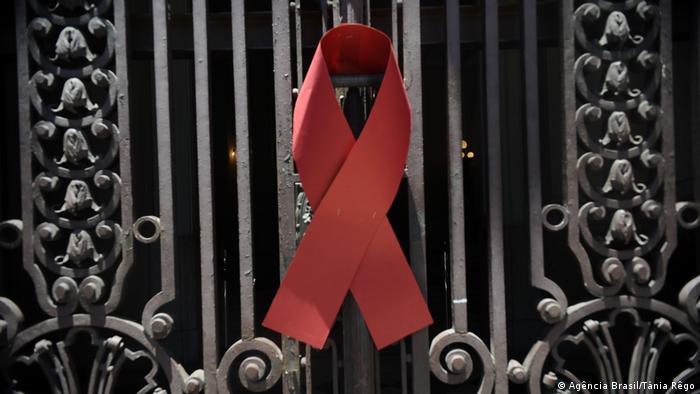 The Brazilian state has guaranteed treatment for HIV patients free of charge in public hospitals since 1996. The state health care system, SUS, offers access to free medications for more than half a million patients. A success story.

Statistics from the Brazilian Health Ministry show the median life expectancy after infection, which in 1996 was five years, has risen to 12 years. For a long time, the rate of new infections remained more or less stable, and in some risk groups, the number even dropped temporarily. The Health Ministry estimates that around 866,000 Brazilians are currently HIV-positive.

However, a UNAIDS study found that the number of new infections has recently started to rise again. UNAIDS, founded in 1994, is the United Nations program to reduce HIV/AIDS. In 2010, 44,000 new infections were registered in Brazil. In 2018 this had already risen to 53,000, an increase of around 21% — considerably higher than the average increase of 7% in Latin America overall during this period.

Read more: Blood donation: Everything you've ever needed to know 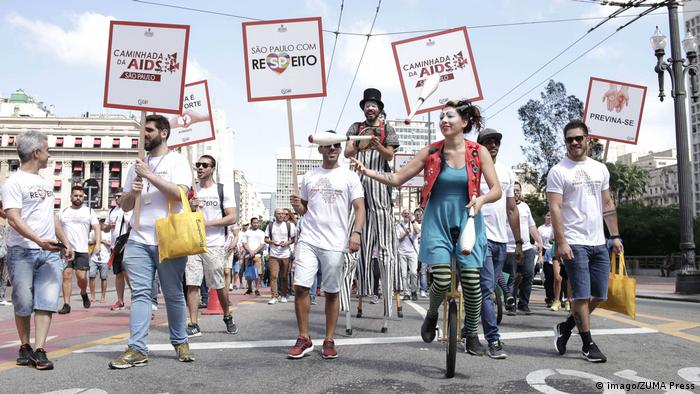 "What's behind it is the lack of preventative measures in recent years," says Veriano Terto Jr., the vice president of ABIA, the Brazilian Interdisciplinary Association for AIDS. He says both the central government and local authorities have drastically reduced their public awareness campaigns. "The subject of AIDS was just shrouded in silence, and the governments forgot to deal with it. There were fewer prevention campaigns in schools, too."

However, the AIDS specialist WIlza Villela believes that another reason for the reduction in awareness campaigns is the societal trend towards increasing conservatism. "Governments had to keep making more and more concessions to conservative forces in order to be able to govern," she says.

In recent years, there has been greater resistance to sex education and the distribution of condoms in schools, and teachers have been less and less willing to participate in the schemes. "The schools' campaigns got weaker because there wasn't enough pressure coming from the authorities anymore, Villela told DW.

Another trend is increased resistance in general to wearing condoms. The authorities distribute up to 100 million condoms during Brazil's famous carnival season alone. However, a survey in 2018 showed that condom use is becoming less and less common among young people. This was true of both those in stable relationships and those who had a number of different partners.

The reduction of schools campaigns has had consequences. Studies now show that the younger respondents are, the less likely they are to use condoms. In the past 10 years, infections among young people aged between 15 and 19 have almost doubled, from three per 100,000 in 2006 to 5.4 in 2016. 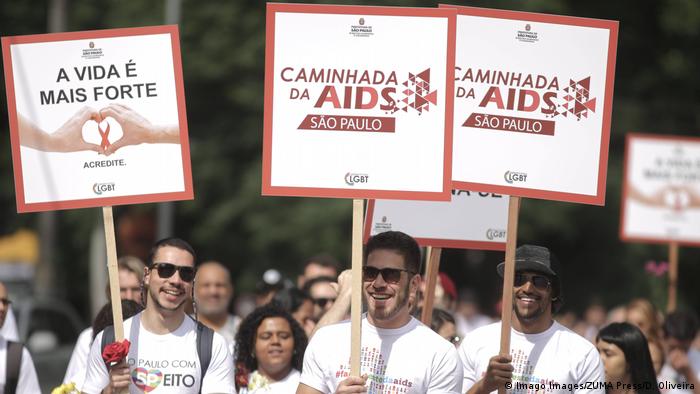 With the start of the economic and financial crisis in 2013, the public authorities didn't just cut money for awareness-raising campaigns; they also canceled the collaboration with civil society. Until then, NGOs had been the backbone of the anti-AIDS campaigns.

Instead, the responsibility for educational campaigns was passed on to the SUS. "In theory, it was the right thing to do; in practice, it backfired," comments Villela. She says the SUS employees may be well-intentioned, but they're not trained in AIDS prevention. "Imagine an ordinary SUS employee ringing on people's doorbells. If he talks about condoms at all, what he says will mostly be superficial, or else it'll slip into generalized prejudices about gay men."

The SUS campaign was focused on traditional high-risk groups: prostitutes, drug addicts and homosexual men. But you can't reach these groups without the help of the NGOs, says Villela. She comments that many women switch back and forth between normal life and prostitution and that drug addicts often simply die, or else disappear into the crack cocaine scene. This problem is especially acute in the big cities like Sao Paulo and Rio de Janeiro. Then, Villela says, there are the gay men who eventually just get fed up of using condoms.

At the same time, many people still believe that only the classic high-risk groups are affected. People who don't belong to these hardly ever get themselves tested as a precaution, she says, but only when the disease has manifested itself. "This stigma is still the biggest obstacle to treating AIDS in Brazil. Consequently, 30% of infections are discovered only at a late stage — which is high for a country in which everyone has free access to medication."

Read more: STIs on the rise in Germany, but testing still hard to come by 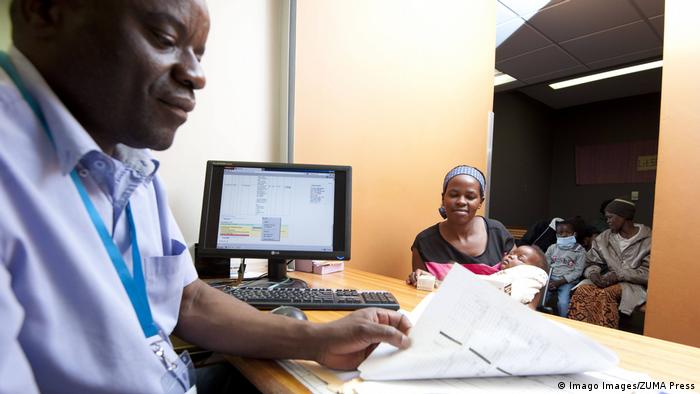 No longer a global leader?

Veriano Terto Jr. says Brazil can no longer be considered a global leader in the fight against HIV/AIDS. "We have had good experiences, and we must safeguard these. Brazil has shown that, with political will and foresight, an emerging economy can set up a program that's open to all, and bring down the death rate by so doing." In recent years, however, there has been a lack of support from both local governments and international AIDS agencies.

"The guarantee that everyone has open access to free treatment is still a good example, even if we've now switched to the practice of 'testing and treating,'" claims Villela. "And it's led to an increase in the number of patients. In the past, we usually only started treatment when the virus load was already very high," the specialist explains. "That's different today. Treatment starts as soon as the infection is detected."