STIs on the rise in Germany, but testing still hard to come by

Sexually transmitted infections (STIs) are making a comeback across the country after years of low rates. But unlike in many other countries, most people face obstacles if they want to be tested without showing symptoms. 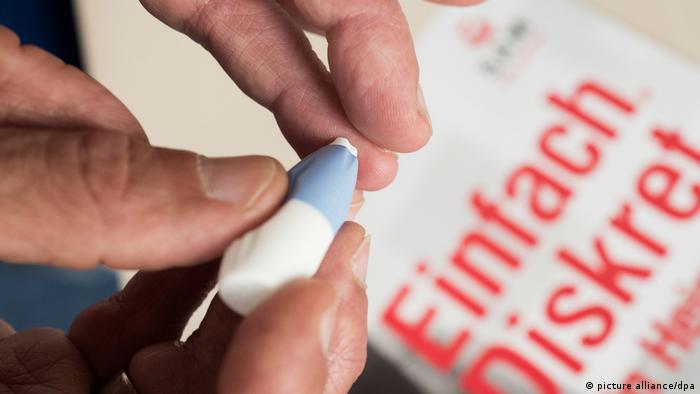 It was the second time Aysha H. was trying to get tested for sexually transmitted infections (STIs) in Berlin. After an unsuccessful visit to her primary care doctor, she was hoping her gynecologist would screen her.

She was getting back together with her ex-boyfriend, and both parties wanted to make sure they were healthy before they continued their relationship.

But the nurse's reaction was discouraging. She looked at Aysha H. skeptically and questioned why she even wanted a general checkup if she did not show any symptoms.

"It made me feel crazy, like I was some sort of hypochondriac when I was just trying to lead a safe sex life," Aysha H. said.

Uncomfortable conversations around STIs still happen in too many doctor's offices across the country, according to Dr. Norbert Brockmeyer, head of the German center for sexual health.

He believes the failure to diagnose infections like syphilis, chlamydia and gonorrhea early enough is leading to the dramatic increase in STI rates in the country.

"You can infect others even when you aren't presenting symptoms yet, so these STIs just keep spreading," he told DW.

The number of syphilis cases, which were barely perceptible in 2001, more than tripled to roughly 7,000, according to infections disease researchers at the Robert Koch Institute. Brockmeyer also says there are estimates of 300,000 new chlamydia infections and 30,000 gonorrhea infections per year, though there are no nationwide statistics on these STIs.

For Brockmeyer, the taboo around STIs persists in Germany because the growing rates are not on everyone's radar. That is the case for society as a whole, but even for many doctors, he says. 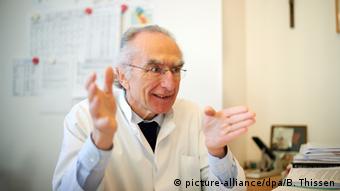 Ironically, this is in part because the country was so successful in its AIDS prevention campaign in the 1990s. As Germans increasingly used condoms, HIV rates dropped, along with other STI cases.

"STIs were a rarity when many of these doctors were being trained. Many still find it unusual to meet someone with syphilis or gonorrhea," he said.

That means that some medical professionals do not know what questions to ask about sexual health, or sometimes are unaware that German health insurance covers STI tests if one has symptoms.

In 2016, the country's Federal Center for Health Education started an STI prevention campaign to combat this stigma. It developed a curriculum for doctors to help them diagnose infections and improve their communication around sexual health.

Read more: "We have to take prevention much more seriously," says AIDS expert

It also started a media campaign to urge sexually active people to get tested if they have symptoms like itching or blisters on their genitals.

"We recommend to check with your local health authority, counseling center or doctor to see if an STI test makes sense if you do not have symptoms," the center said in a statement.

Requiring people who do not present symptoms to undergo a consultation before getting tested was surprising to Tony M., who moved to Berlin from New York. In his hometown, he had a wide choice of clinics where he could do his biannual background checks, no questions asked.

He was happy to find out that the health services office in his Berlin neighborhood offered affordable STI tests. But what gave him doubts was that the counselors first needed to talk about his sexual history to see if and what tests would make sense — and that their website specifically warned that they usually do not run wide-ranging background checks like in the United States, Canada or some other European countries.

The STI services that German health authorities offer vary across the country: Some offer free tests for everyone (after a consultation), others charge higher prices, and others only focus on men who have sex with men and sex workers. Each city's authority outlines their services online.

"Some of my friends got tested there without problems; some only got tested for certain STIs, some got sent home," said Tony M. "I always tell [the authority] I'm gay just in case, because then they definitely give you all the tests you want."

Men who have sex with men (referred to by health practitioners by the acronym MSM) enjoy a much more far-reaching range of testing options in Germany, with many clinics tailored specifically to their sexual health. 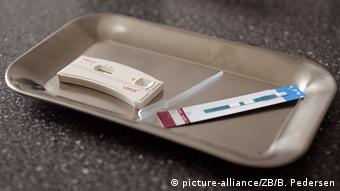 Testing technology has made STI screening easy and quick

On one hand, that is because they have historically had higher infection rates, says Wolfgang Osswald, who runs the STI tests at Berlin's gay checkpoint Mann-O-Meter. But there is also greater awareness of the importance of testing among gay and bisexual men.

"I lost many friends and colleagues to AIDS in the '80s and '90s, so that really sensitized our community to the dangers of STIs," he said.

For Alexander N., getting tested as a gay man in Berlin has always been judgment-free. While his sister Aysha H. got sent from doctor to doctor and rejected at the health authority, he got tested for free at various gay-focused clinics.

He also got a free STI check at the same primary doctor that turned his sister away — even though he did not have any symptoms either. Only because he shared his sexual orientation, he says.

"I hope it becomes more normalized to talk about sexual health for everyone, so my female friends can have just as many easy options to get tested as I do," he said.

WHO warns of 1 million new sexually transmitted diseases each day

The World Health Organization has warned of more than 1 million new cases of sexually transmitted diseases every day around the world. In a new report, the UN agency spoke of a "wake-up" call in the age of dating apps. (07.06.2019)

A reduced fear among gay and bisexual men of catching HIV has led to riskier sex and higher rates of syphilis, a new report says. The disease can cause severe health complications if left untreated. (12.07.2019)

A rare sexually transmitted infection called donovanosis, which causes ulcers and damaging scarring of the genitals, is getting attention after doctors say cases are rising in the United Kingdom.