WHO warns of 1 million new sexually transmitted diseases each day

The World Health Organization has warned of more than 1 million new cases of sexually transmitted diseases every day around the world. In a new report, the UN agency spoke of a "wake-up" call in the age of dating apps. 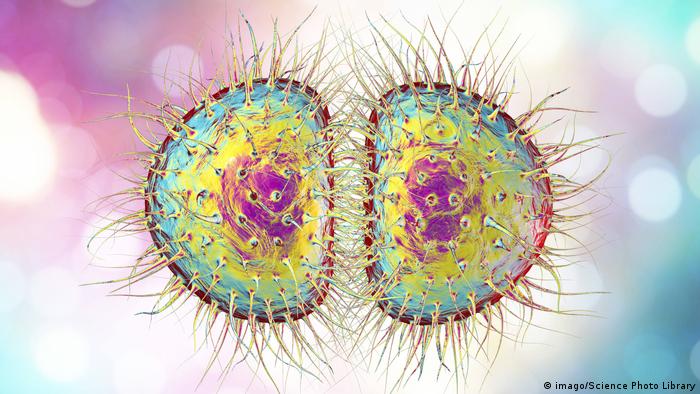 The World Health Organization (WHO) has reported a lack of progress in combating sexually transmitted diseases (STDs), and warned of complacency in the wake of an increase in the use of dating applications.

More than 1 million people catch an STD, or sexually transmitted infection (STI), every day across the globe, with chlamydia, gonorrhea, trichomoniasis and syphilis of greatest concern.

"On average, approximately one in 25 people globally have at least one of these STIs," the WHO said in a new report on Thursday.

Teodora Wi, a medical officer in the organization's department for reproductive health and research, said people are "more complacent about protection," adding that this was alarming at a time when "sex is becoming more accessible [through things like] dating apps."

Wi said that overconfidence related to the easy access to treatments meant that "you have less people worried about HIV. This has led to a lower use of condoms, which also stop other diseases.

"Sexually transmitted infections are everywhere. They are far more common than we think."

STDs: Talking to an expert

Wi's comments come as the UN health agency released a report based on 2016 global data, the most recent available. The dossier showed that among men and women aged between 15 and 49 there were 127 million new cases of chlamydia, 87 million of gonorrhea, 6.3 million of syphilis and 156 million of trichomoniasis, a parasital disease commonly known as "trich." These figures exceed the WHO's previous global estimate by 5%.

WHO recognizes burnout as a disease

Health experts from around the world have recommended that burnout be classified as a medical condition. For decades, experts had debated over how to define burnout, and whether it should be considered a disease. (27.05.2019)

A new report from the World Health Organization and UNICEF has found an alarming number of health centers around the world lack access to clean water. Dirty water can fuel the global spread of deadly superbugs. (03.04.2019)