How dangerous is gonorrhea? Sexually transmitted diseases make a comeback | Germany | News and in-depth reporting from Berlin and beyond | DW | 09.09.2018

Gone are the days when gonorrhea was associated with dark alleyways and backstreet brothels. Today, it's clear that anyone can become infected — and fast. 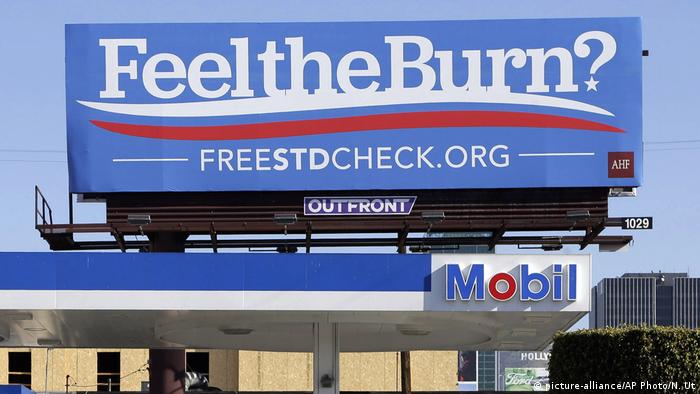 Gonorrhea is one of the most common venereal diseases in the world. In Germany, the number of infections has increased significantly in recent years, and that number is still rising.

"We must assume that we have around 25,000 new gonococcal infections per year," said Norbert Brockmeyer of the WIR Center for Sexual Health and Medicine in Bochum. "This is what we're seeing in all the relevant centers. In our center, there are days when we treat five or six patients for gonorrhea."

Since 2000, it has no longer been compulsory to register cases of gonorrhea in Germany, except in the eastern state of Saxony. It was thought that the classic venereal disease was under control and had effectively been eradicated. This has proved incorrect.

"All sexually transmitted diseases — not only gonorrhea — are celebrating an undreamt-of comeback," said Brockmeyer. The WIR center tries to inform people as comprehensively as it can, warning them of unprotected sex and promoting condom use. Condoms significantly reduce the risk of infection, but they don't provide total protection.

Read more: Rates of syphilis on the rise 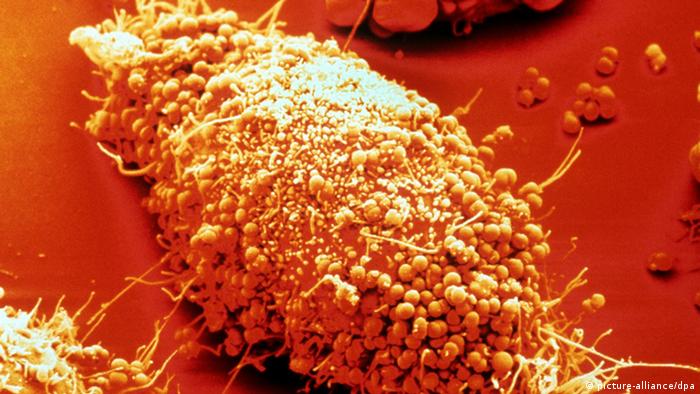 The gonococcus bacterium — not as harmless as it looks

The symptoms of gonorrhea — also known as "the clap" — are usually very unpleasant.

Among others, they include discharge from the vagina or urethra. "This is not a clear discharge, it is suppurating," explained Brockmeyer. "In men, drops leave the urethra, especially in the morning — so-called morning drops. This is because secretions and pus have gathered in the night and then are discharged in the morning in thick drops."

Gonorrhea is a bacterial inflammation caused by the bacterium gonococcus. The body's response is to produce an army of leucocytes, or white blood cells, creating a yellowish fluid. In addition to this discharge, infected people can also experience pain when passing urine.

Gonorrhea is transmitted during sex, and it's usually the genitals that are affected. Intense itching and pain can be the first indications of possible infection. Many people, however, notice nothing at all. This is true in around 70 percent of infections. 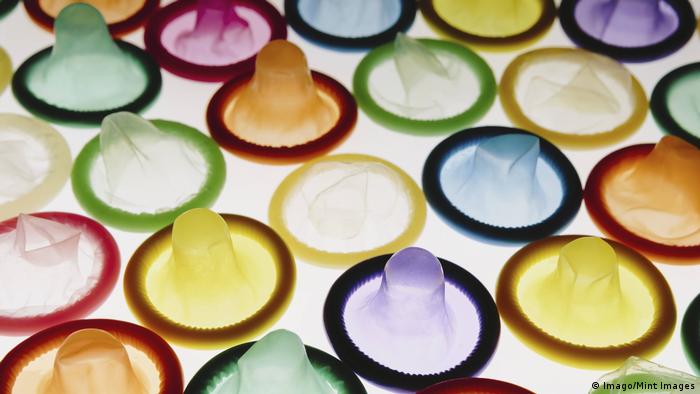 Condoms don't provide total protection from gonorrhea, but they can limit the risk of infection

"The gonococci have often been transmitted before someone even picks up a condom; they've infected themselves through other sexual practices," such as foreplay, said Brockmeyer. "If you get vaginal fluid on your hands, you can catch gonorrhea."

In a worst-case scenario, gonorrhea can lead to infertility in both women and men. If the condition isn't treated immediately and is allowed to spread, it can lead to inflammation of the lesser pelvis and subsequently to a blockage of the fallopian tubes in women, which can mean infertility. In men it can have the same effect on the seminal ducts and testes.

If a pregnant woman becomes infected with gonorrhea, there is a danger the infection may be transmitted to the unborn child, which can result in miscarriage or stillbirth. In babies, the eyes in particular are affected. Newborns develop symptoms just a few days after birth, including swollen eyelids and light sensitivity.

For a long time, antibiotics were the treatment of choice for gonorrhea in adults and newborns, but now there's a need to develop new medicines. "We already have significant resistance rates with gonorrhea," said Brockmeyer. "The result is that the medicines don't work." In extreme cases, that means a simple case of gonorrhea can no longer be properly treated.

The German Sexually Transmitted Infections Society is banking on a combination of the development of effective therapies and good prophylaxis. It wants to see the acronym STI — sexually transmitted infections — become as firmly anchored in the public consciousness as the letters HIV (human immunodeficiency virus).

The number of people living with HIV in Germany has increased relatively slowly in recent years, partly as a result of repeated information campaigns. Germany has the lowest infection rate in the word, said Brockmeyer. "In the past few years we've focused specifically on HIV. Meanwhile, though, there are more and more campaigns tackling old, well-known diseases like gonorrhea and syphilis."

Read more: New HIV infections on the rise in Europe

Most people know what HIV and AIDS are. It's a different scenario with the classic venereal diseases. Many people don't really understand which infections come under this heading, or what the different terms actually mean: chlamydia, for example, or hepatitis B; genital herpes; the human papillomavirus (HPV); or indeed syphilis and gonorrhea. The risk of becoming infected with HIV is also considerably higher if you've already been infected with one of the classic STIs.

A random sampling of one of the many posts on an internet forum about gonorrhea highlights the long-standing prejudices that are still prevalent: "I'd actually only ever heard of gonorrhea in the context of rich business people who'd gone on holiday to Asia and then infected their partners."

You don't have to be rich, and you don't need to travel to Asia, to catch gonorrhea. It can happen anywhere — including at home.

For over four decades, she was known as "the Lady from Barfüsser Church." A mummy found in Basel has just been identified — and researchers found a famous relative: British Foreign Secretary Boris Johnson. (26.01.2018)

A new study has shown 95% of monkeypox cases have been transmitted through sexual activity. US health officials are concerned that it could become an entrenched STD, like gonorrhea, herpes or HIV.