Rights activists have criticized the lack of focus in Indian elections on issues related to women's safety, despite increasing violence against women in the South Asian country. 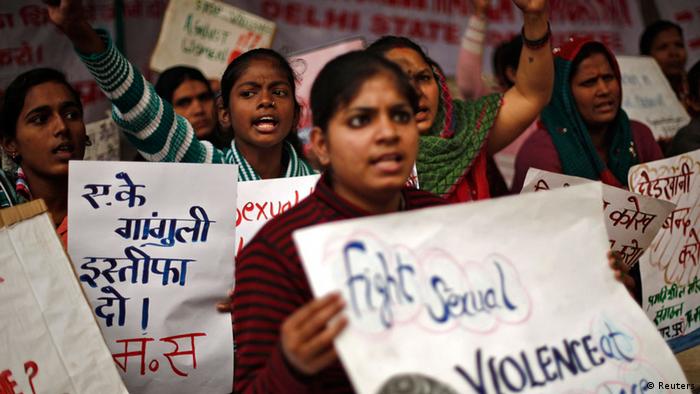 It is already the fifth time today that Rama makes a cross in the last column of the table that is displayed on her monitor screen. The column is reserved for sexual harassment. A 16-year-old girl has just informed her on the phone that she "was threatened with a weapon."

Rama works at "Helpline 181," an emergency service for women. "I like to work here," says the 20-year-old, adding that "in my own case, the police did not help me and I felt being left alone. By working here, I can help other women so that they have it better."

Rama has herself experienced sexually harassment. For years, she was stalked and groped by a much older man, who was a family friend. When she finally told her mother about it, she persuaded Rama not to complain to the police.

All people working at the small "Helpline 181" office in New Delhi have had similar experiences. The facility was set up after the fatal gang rape of a young student in late 2012, which made international headlines and drew attention to the safety of women in the world's second most populous nation.

The center is open round the clock, with phones here ringing more than 2000 times a day. Students like Rama and other middle-aged women receive these calls. Some single mothers working here are fighting out their own court cases. 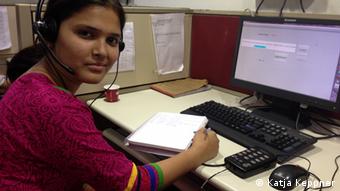 However, the situation of women in the country has not become a major issue in the recent election campaign, says Muneera, who has been working in a windowless room since the launch of the hotline, overseeing shift schedules and looking after serious cases, where women are in acute danger.

"No major political party has seriously dealt with the situation of women," criticizes the 35-year-old mother.

The general elections in India lasted for five weeks and the final phase of polling finally ended on May 12.

Two friends Merja and Neema come to attend one of the election meetings of the opposition BJP's PM candidate, Narendra Modi, in New Delhi. They believe only Modi has the strength and the will to lead women to a better future.

They wait for nearly three hours for Modi to take the stage. Eventually, at the end of his speech, the BJP leader touches on women's issues. "In this city," Modi says, "our sisters and mothers are no longer safe. Delhi has a lousy reputation and we will change that."

This is also the promise the presumed PM nominee of the ruling Congress party, Rahul Gandhi, is trying to sell the 400 million-strong female electorate.

Furthermore, the newly founded anti-corruption outfit, Aam Aadmi Party, has devoted a full chapter in its election manifesto to gender equality, and has given tickets to a number of female candidates, particularly in big cities, to contest the elections.

Analysts such as Niranjan Sahoo from the Observer Research Foundation say that even when political parties speak about the lack of security for women, they do not mean that they seriously intend to resolve the situation.

"It is simple tokenism, which the parties offer," he told DW, adding that "parties try to demonstrate that they are sensitive towards women's issues by fielding women candidates – who are often from influential families and therefore receive prospects for a political career - here and there." 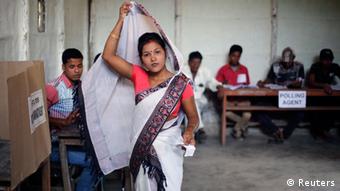 However, Sahoo believes the election will be determined by other issues, such as economic growth and fight against corruption.

This tendency is also confirmed by Khadijah Faruqui, director of the "Helpline 181." "Women's safety has become a buzzword. But this is again the concept of strong men, who think they have to protect women. What we actually demand is not security, but equal rights for us women," said the activist.

As India prepares for general elections, eleven regional parties have joined forces in a bid to become a serious contender to the country's two main national outfits. DW examines the new bloc and its potential impact. (28.02.2014)