Higher education levels and a lack of job opportunities have led many young women to leave eastern Germany. The men who are left behind are often unskilled, unmarried and more ripe for recruitment by far-right groups. 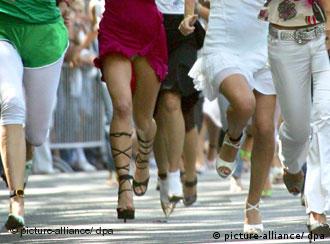 Sprinting for the west, jobs and intellectual equals

Finding a date in parts of eastern Germany can be difficult for a young man these days. It's not about a lack of romantic spots to take a young woman, or about cultural norms that might discourage unchaperoned activities; it's somewhat more basic than that. Eastern Germany has a distinct shortage of women.

A new study out by the Berlin Institute for Population and Development found that since the 1990s, women in their late teens and twenties have been leaving eastern Germany to seek their fortunes elsewhere, often in the western part of the country. They have often left young men their age behind, leaving an excess of testosterone in many regions along with a host of problems.

In some regions of the former East Germany, there are only 80 women per 100 men, a situation that the study's authors say is unique in Europe.

"There are no such large areas like eastern Germany in Europe with such a disproportionate sex ratio," said Steffen Kröhnert, a social scientist and the lead author of the study.

Even polar regions in northern Sweden and Finland don't have such extreme gender discrepancies, leaving only a few isolated Greek islands where the male surplus is greater. 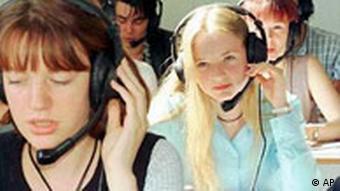 Women in eastern German tend to be better educated than men

The study found that education was the main indicator behind the exodus. Women in the region tend to have more education than men do, and want to find work in the service sector. Many men, on the other hand, have gravitated toward manual labor or low-skilled work.

Young women, from 18 to 29 years old, have shown themselves more willing to pick up stakes and move to areas, largely in the west, where they can find good-paying jobs with their qualifications, and partners they want to settle down with.

"Women traditionally choose partners of the same or slightly higher educational level," Kröhnert said. "They can't really find that in eastern Germany so they go to western Germany, find partners there and don't come back."

The largely rural district of Elbe Elster in southern Brandenburg, about two hours south of Berlin, was once home to flourishing textile and furniture industries. But after the fall of the Berlin Wall, the region lost 5,000 of its 7,000 industrial jobs. 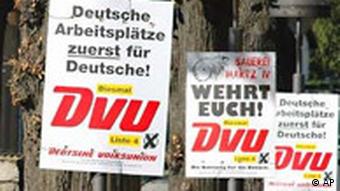 Gottfried Richter, a regional administrator there, watched as the factories shut their doors and women, who had made up a large part of the workforce in the region's two big industrial sectors, found themselves with few job prospects. Much of the other work available is in heavy industry, and largely dominated by men.

But women in eastern Germany have tended to get better education. Germany's school system places students around the age of 10 on one of three educational tracks. In the east, 31 percent of women get on the in the highest, university-bound track. Among men, the number was 21 percent. Twice as many boys as girls drop out of school.

"Girls have done better in school and had more choices," said Richter, whose wife is a teacher. "So over the past 10 years, they've have taken their good report cards and left to find jobs."

The boys, he added, were more likely to stay where their friends were and where they had their roots, even though the unemployment rate there is 19 percent.

The eastern state of Brandenburg (in blue)

But the male-female imbalance surplus has led to problems, according to the study's authors, including a new, male-dominated underclass and a regional fall in the birth rate in a country that already has one of the lowest birth rates in Europe. It is estimated that between 1995 and 2005, around 100,000 fewer babies were born in the region than would have been the case if the imbalance had not existed.

There are the "dedicated doers," well-qualified, motivated men who could find a job in another region, but did not want to move away from friends and family.

The "contented stay-behinds" are content and have very low-expectations regarding career and life. They tend to have lower educational levels and will probably be dependent on social welfare for their entire lives.

The third group is the one that has alarmed the experts. They are the "resigned and embittered men," who are generally poorly educated, jobless, and feel disadvantaged in society. They feel that traditional gender roles – male as breadwinner, woman as housewife – have been turned upside down. That, in turn, can leads to anger, resentment and even xenophobia. 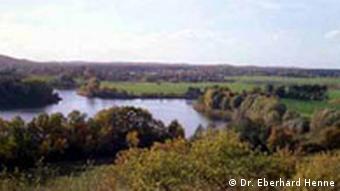 Rural eastern Germany has been especially hit by the female exodus

"We believe that a devaluation of the traditional male role leads to men to vote for the far right," said study author Kröhnert.

Far-right parties in Germany, such as the NPD and DVU, which have had politicians elected to some eastern state parliaments, tend to stress the traditional role for men and find those who have neither a job nor a partner are more susceptible to their messages.

Berlin has come up with a plan to fight an ongoing demographic trend that has seen young people -- especially women -- flooding to western Germany from the former eastern states. (04.06.2007)

Germany's changing demographics are the topic of "The Uprising of the Elderly," a TV drama premiering on public broadcaster ZDF Tuesday night and the subject of numerous articles on the culture pages of German papers. (16.01.2007)

The European Union Commission on Thursday agreed on a strategy paper to address demographic change in the 25-member bloc, including support for balancing the demands of both family and career. (12.10.2006)