Nearly a decade after World War II, the ghosts of Germany's past return to haunt the streets of Rome. Wolfgang Koeppen's novel captures the German psyche at that time like no other. 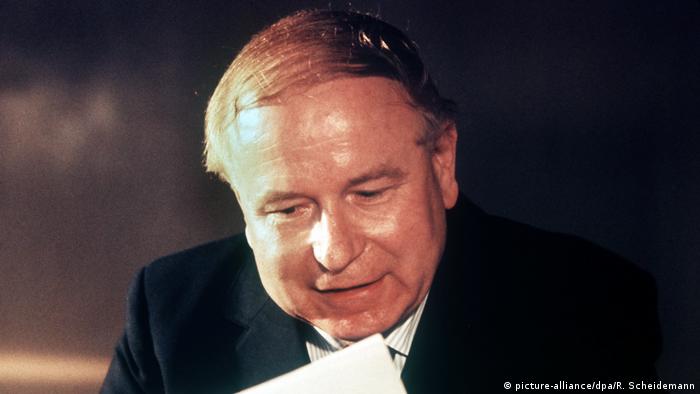 A night in Rome in the early 1950s: Tourists mingle on the streets of the Eternal City, bohemian artists fill cafes and restaurants while transvestites and homosexuals meet up in night clubs.

In the midst of all this, there's a German family with a loaded history, made up of a former SS-general by the name Judejahn; his estranged wife, who is still mourning the loss of the Nazi Reich, and their son, who has replaced Nazi ideology with religion. They are accompanied by Judejahn's German nationalist in-law and his son, a law student who appears to be much better adjusted to the reality of post-war Germany than the rest of the family. His other son is a composer who lives in Rome, where the family meets up.

An analysis of the German post-war psyche

They gather in Rome as two people in the family are each celebrating milestones in their lives — much to the dismay of their parents.

One of the sons, Adolf, is about to be ordained as a priest — or rather about to be "chained to the cross" in the words of his mother.

Siegfried, Adolf's young gay cousin, is an artist who is about to have one of his compositions performed by a well-known orchestra. The piece is inspired by Schoenberg's 12-tone technique, or as the parents would say "a form of composition that was considered unacceptable in Siegfried's youth."

'Death in Rome' by Wolfgang Koeppen

In the 1950s, Koeppen wrote in quick succession three books that look at societal developments during that time and capture the German post-war mentality. Death in Rome, published in 1954, addresses the problems of the newly founded Federal Republic of Germany in less than 200 pages.

Each one of the characters in the book represents a typically German archetype from that time. Koeppen's depiction of these characters is highly self-reflective; for former SS-General Judejahn, this involves a reckoning with his new role in life, trying to find his feet in a post-Nazi world while still espousing Nazi principles:

"He had fired shots. He had contributed to the final solution. He had fulfilled the Führer's orders. That was good. And now he had to hide." 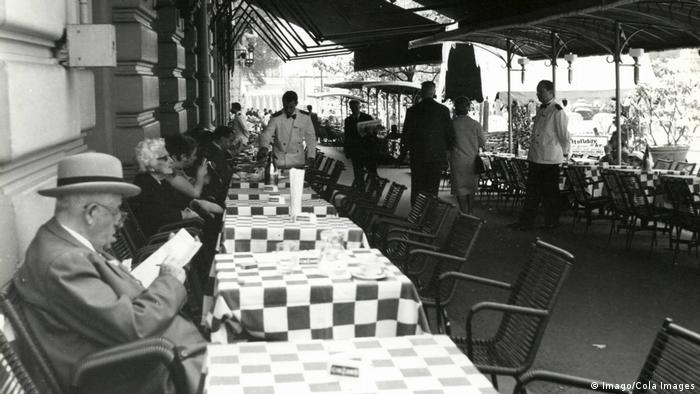 Meanwhile, his estranged wife Eva, a "Nordic Erinye," is unable to overcome her Nazi values and still dreaming of the revival of the Third Reich:

"It tormented her to see him in the hated outfit of a power which, according to her, had shamefully joined forces with the Jewish underworld, overseas plutocrats and Bolshevik animals, to wreck the exalted dream of the Reich, of an Aryan future and German hegemony, perhaps destroying it for good."

And then there's the rest of the family: the priest-to-be son Adolf who seeks his salvation in religion, the careerist law student Dietrich, and the composer Siegfried, who tries to escape his family's Nazi background — and rebel against it — by looking for truth in art.

Koeppen's novel paints a picture of a highly dysfunctional family, whose pervasive discord is juxtaposed by two outside characters: a conductor who had emigrated to Rome from Nazi Germany and his Jewish wife. It was thanks to the conductor that Siegfried found his way to the 12-tone technique. 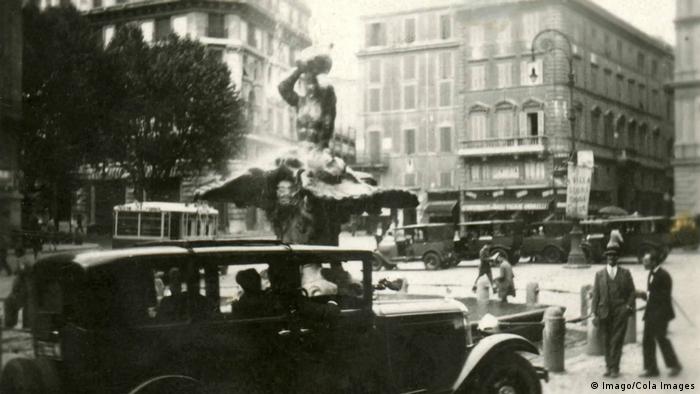 Like Germany, Italy was also rebuilding itself after the war

"Experiment with everything, all the splendor and the grime of our world, with humiliation and greatness — maybe you'll find a new sound!" The conductor believes in a new era — a world in which ideology and dogma no longer have a place.

These characters all cross paths in Rome, with each one of them having a different experience of the Italian capital. Siegfried falls in love with the city as the place where the Roman gods used to roam — and where ungodly people still live:

"I love the homosexual poets in their tight drainpipe jeans and pointy thin soled shoes, living off awards and shaking their jangling silver bracelets coquettishly back from the overlong cuffs of their shirts ..."

Sex as a tool of subjugation

SS-General Judejahn meanwhile only notices things that remind him of Italy's image under Mussolini. He is so misguided that he believes to see edifices built by Mussolini which, in fact, have no links to the fascist government.

But it's not just the city of Rome that is presented from different angles. The book also examines sex from various perspectives and highlights multiple aspects of sex being used as a tool of subjugation, reaching from depictions of sexual violence to pedophilia and homoeroticism.

Things don't end well in such a charged atmosphere. Judejahn shoots and kills the conductor's Jewish wife, driven by a delusional impetus to finish what he had started at the death camps.

A case study on German identity

Wolfgang Koeppen's novel dives in and out of the various perspectives of his protagonists. The reader gets to observe the world from their different view points. The density that is created by placing all these characters in such proximity and pitting them against each other during two short days spent in Rome feels completely contrived, yet that gives the novel a hyper-realistic dimension — like a sociological and psychological case study analyzing the deepest abyss of German society at that time.

As the first-person narrator of the story, Siegfried is the only one to offer a direct access to his psyche. He is also the bearer of hope in Koeppen's novel. In the end, the young composer manages to overcome the conflict with his past.

Wolfgang Koeppen was born in Greifswald in 1906. After dropping out of school, he worked occasional jobs. In the 1920s, he first moved to Würzburg and then to Berlin, where he was introduced to the literary scene. In 1932, Koeppen started working as a journalist at a left-wing newspaper in Berlin. In 1935, he published his first novel, A Sad Affair. In the 1950s, he became successful with three novels about post-war Germany. Afterwards, he only wrote travel books and logs, especially from his long stays in the US and the USSR. Koeppen died in Munich, aged 90.