Colombia's impending withdrawal has left UNASUR on the edge of collapse. Experts say Latin America is a region primed for international integration, so why has the organization continued to struggle? 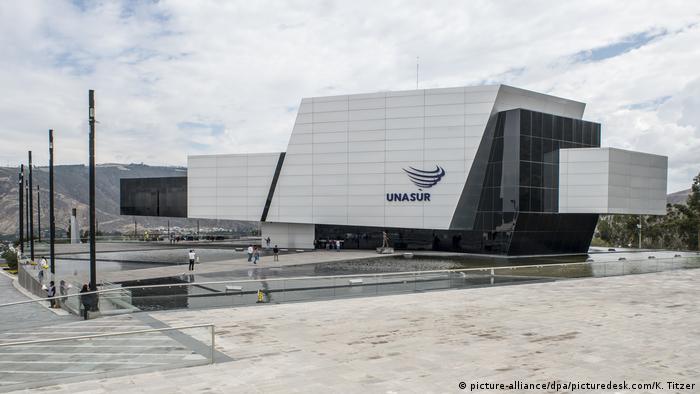 Only days after taking office, Colombian President Ivan Duque's administration announced the country's withdrawal from the Union of South American Nations (UNASUR). The organization "was created by late Venezuelan President Hugo Chavez to fracture the inter-American system and to create a sounding board for his regime," Colombian Foreign Minister Carlos Holmes Trujillo was quoted as saying on Friday.

The move came as no surprise. Along with five other countries, Colombia, then still under President Juan Manuel Santos, put UNASUR membership on hold in April. The organization has just 12 members — those currently considering an exit, along with Colombia, are Argentina, Brazil, Chile, Paraguay and Peru, all predominantly conservatively governed. That leaves Bolivia, Ecuador, Guyana, Suriname, Uruguay and Venezuela.

UNASUR has not had a secretary-general since Colombia's Ernesto Samper resigned in January 2017. The member states have not been able to agree on a successor.

This attempt at a South American integration process was initiated by then-Brazilian President Lula in 2008. The idea was to promote economic cooperation in the region and establish a security community "following the EU model," and counter the influence of the United States.

UNASUR was founded during a time in which "the US especially was pursuing an active policy of expansion with security agreements, particularly with Colombia, but also with other countries such as Paraguay," said Günther Maihold of the German Institute for International and Security Affairs (SWP). 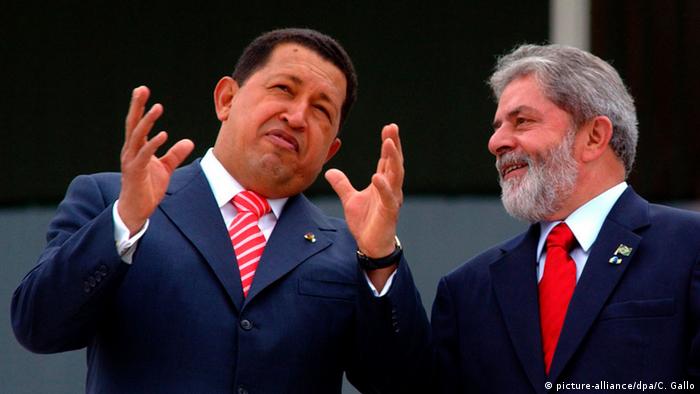 The goals were ambitious. There were plans for a common currency called the "sucre" and ideas to introduce South American citizenship with South American passports. The continent would make a "huge leap forward in economic and social development," Lula said in 2008. However, that huge leap never materialized.

"UNASUR is finished. It has lost its actual political foundation," said Maihold. "Brazil doesn't have any interest in taking on security guarantees for other countries at the moment," he added, explaining that the country was concentrating on its own problems.

In addition, Maihold pointed to a loss of ideological unity between countries such as Ecuador, Venezuela, Bolivia, Argentina and Brazil. "UNASUR is thus an element of the past that is closely linked to the wave of leftist governments in the region," he said.

"It very much looks like the end of UNASUR," said Gerhard Dilger, who heads the Sao Paulo regional office of the Rosa Luxemburg Foundation, which is affiliated with Germany's Left Party.

South America's left-wing governments — such as Lula in Brazil, Chavez in Venezuela, Cristina Fernandez de Kirchner in Argentina, Rafael Correa in Ecuador and even Michelle Bachelet in Chile — were the driving forces behind UNASUR's foundation, Dilger explained. The organization helped "defuse many crises" and gave political impetus to the idea of "at least considering a common defense policy," he added. "But in recent years, everything has crumbled away." 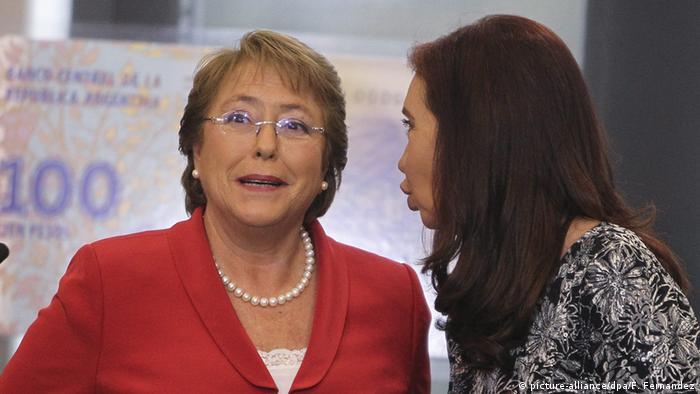 Region with a shared history

The countries in Latin America have a shared history of conquest, colonization and independence, which has helped to form a common identity today. Just two languages, Spanish and Brazilian Portuguese, dominate the region — convenient compared to the EU's whopping 24 official languages. The idea of a united "pan-Hispanic" Latin America is widespread; the concept of "Patria Grande" (Great Fatherland) dates back to founding statesmen Simon Bolivar and Jose de San Martin and the independence fighters of the 19th century. So what went wrong?

"Latin America has a long tradition of largely failed multilateralism and a limited focus on regionalism, particularly when it comes to restricting national sovereignty," said SWP's Maihold.

In particular where security is concerned, mistrust and an instinct to preserve national sovereignty above all else prevail in many South American countries. According to Maihold, that mindset means organizations along the liknes of UNASUR will simply serve "a fire brigade function" — meaning they can only effectively be used in humanitarian or other politically exceptional situations. 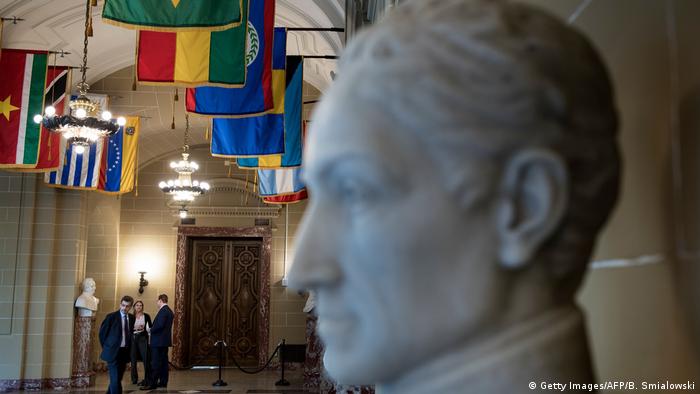 Fixated on the US

UNASUR's demise is a positive development for two groups in particular, according to Dilger. "The winners are the conservative right in South America and geopolitically, the United States government," he said, while the losers are those who worked towards a more independent and assertive South America.

Maihold believes that Latin America's fixation on its powerful neighbor to the north is partly to blame for its current woes. The region has always regarded integration and cooperation as a way to preserve and win back sovereignty vis a vis the US. To this day, states in Latin America have not recognized an added value beyond that when it comes to regional cooperation, he said. As long as this fixation is in place and they see growth in their region in political rather than simply economic terms, attempts at cooperation will be superficial, Maihold argued.

UNASUR is not the first failed attempt at South American integration, and, it seems, certainly not the last.