A day after the suspect in the Berlin Christmas market attack was shot dead in Milan, German officials are debating the aftermath. Potential police failures are being examined closely. 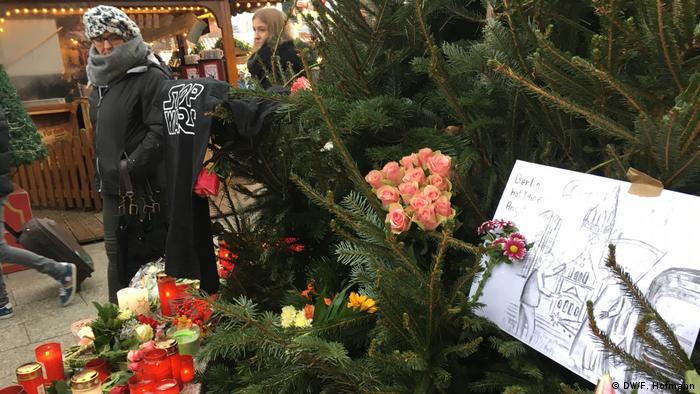 German Interior Minister Thomas de Maiziere has rejected early claims that security failures contributed to the truck attack on a Christmas market in Berlin, or the suspect's ability to remain at large for several days afterward.

"To speak about a failure by the security authorities would be inappropriate," de Maiziere said in an interview with Germany's "Bild" newspaper scheduled to be published Sunday.

De Maiziere was referring to the early speculation surrounding the security protocols in this case, and added "we will of course analyze the case meticulously and release a corresponding report."

24-year-old Anis Amri, a Tunisian national, was killed four days after Monday's attack in a shootout with Italian police in Milan. German authorities have come under increasingly intense fire from the public after it emerged that Amri was well-known to security services for his involvement with radical jihadis and was even under surveillance for six months.

Slipped through the net

After the shootout, more questions arose about how he was able to stay on the run for so long and make it from Germany all the way to Italy via France. Investigators are examining any potential assistance Amri may have had as he fled.

Amri, a Tunisian national, had applied for asylum in Germany. He initially arrived in Italy by boat in 2011. In Italy, he spent four years in prison on arson charges for burning down a refugee shelter. Amri made his way to Germany in 2015, as the country experienced an influx of migrants from the Middle East and North Africa.

His application for asylum had been turned down in June, but because it took so long to confirm his Tunisian citizenship, he was able to remain in Germany.

In the interview with "Bild," de Maiziere called for revisions to Germany's deportation laws. Currently, certain countries are not considered safe enough to deport a rejected asylum seeker to without a lengthy process. Tunisia, Algeria, and Morocco are included on this list of unsafe countries.

De Maiziere, of Chancellor Angela Merkel's Christian Democrats (CDU), called on other parties to drop their resistance to new laws at the state level that would make deportation easier in certain cases.

"It is time for the Greens to end their blockade," de Maiziere said.

By classifying the three Maghreb countries as safe, the chance of a successful asylum application for a person from those countries would sink, and deportations could be handled quicker.

In an interview with the "Westdeutsche Allgemeine Zeitung" newspaper on Friday, Mona Neubaur of the Greens' regional chairperson in North Rhine-Westphalia, said "the news of these attack and the death of the terrorist have nothing to do with the discussion of secure countries."

She added that Tunisia, Algeria, and Morocco are anything but safe: "it's dangerous for journalists, homosexuals, or those with conflicting beliefs to live there."

A law adding the three countries to the safe list passed the lower chamber of German parliament, the Bundestag, but has yet to clear the Bundesrat, which represents Germany's 16 federal states. The Greens are among the governing parties in several states.