The OAR team will have to wait until Sunday to find out whether they will be allowed to display their national flag at the closing ceremony for the Pyeongchang Games. A second doping case may have scuppered their hopes. 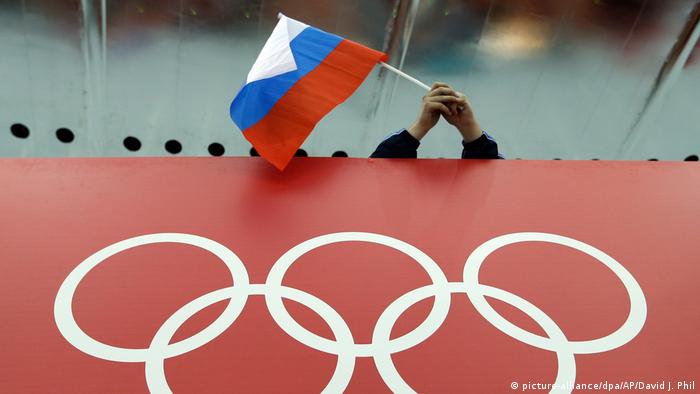 The Olympic Athletes from Russia (OAR) delegation in South Korea will not find out until just hours before Sunday's closing ceremony whether they can carry their national flag into the stadium.

There had been indications earlier during the Games, that the International Olympic Committee (IOC), which suspended Russia over evidence of a state-sponsored doping system, could lift the ban in time for the closing ceremony, allowing the country's flag to be displayed. The suspension, imposed last December, is why only 168 carefully screened Russians were allowed to compete under the OAR banner and a neutral flag in Pyeongchang.

However, two cases of doping have cast serious doubt over which way the IOC is leaning. Earlier this Saturday, The Court of Arbitration for Sport (CAS) announced that it had found Russian bobsledder Nadezhda Sergeeva guilty of doping, using the banned substance Trimetazidine. Earlier in the week, OAR curler Alexander Krushelnitsky had his bronze medal in the mixed doubles revoked, after he tested positive for meldonium.

IOC spokesman Mark Adams said on Saturday that the executive board could decide on the matter at a meeting later in the day, but after three-and-a-half hours of talks, the executive board failed to come to a decision and were set to resume discussions early on Sunday.

"The meeting is over tonight and no decision has been taken," IOC spokesman Mark Adams said 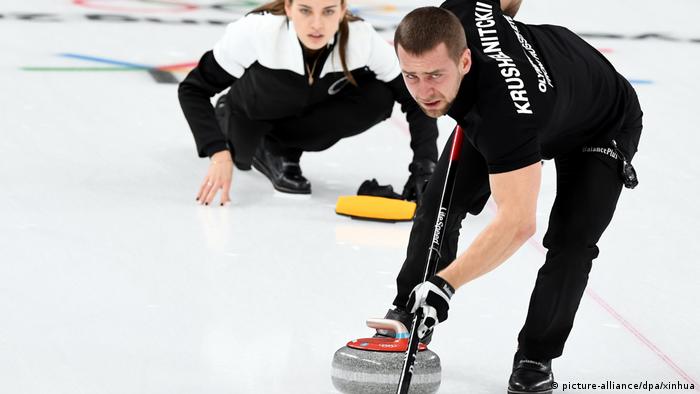 Both Alexander Krushelnitsky and his teammate, Anastasia Bryzgalova, lost their bronze medals over his doping conviction

Opposition to lifting the ban

The two doping cases in Pyeongchang certainly haven't helped the Russian Olympic Committee's odds of having its suspension lifted this weekend. The head of the German Olympic Sports Confederation, Alfons Hörmann believes it would be too early to do so.

"Up until now there has been no indication of a humble, regretful or even apologetic stance from the Russian team," Hörmann said. "So it's hard to believe that they're really got it into their heads and processed it."

"Especially in light of the second doping offence, our position is that the flag should not come into the closing ceremony with the Russian team," said Tricia Smith, president of the Canadian Olympic Committee.

Pessimism in the Russian camp

It also seemed that hope of carrying the Russian flag into the closing ceremony was also fading in the Russian camp.

"They were due to look at how we behaved here and decide, but as we've got two doping cases I don't think they will allow us to be at the closing with the flag," alpine skier Anastasia Silanteva told the Reuters news agency.