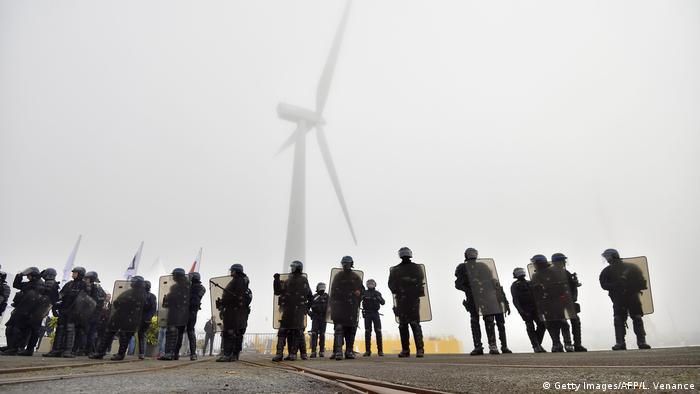 Offshore wind facilities in the North and Baltic seas generate energy on 363 days of the year — more than the 340 days previously indicated, says the study commissioned by the Bremen-based Fraunhofer Institute for Wind Energy and Energy System Technology.

This amounts to a nearly constant source of energy from offshore wind, the study points out. The wind energy industry sees this as a clear sign for building out offshore capacities, also to carry forward the ongoing transition to renewable energies to reach climate protection goals.

Conservationists continue to harbor concerns over the impact of offshore wind development to both birds and marine species.

And in the meantime, France is moving forward with building out its offshore wind capacity, having recently launched the Floatgen turbine — a three-year, €25-million ($29-million) pilot supported by a European consortium of businesses and research groups. 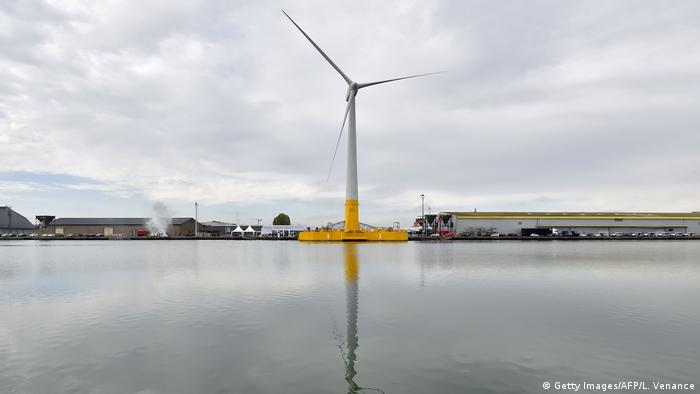 The initiative not only represents France's first floating turbine — capable of powering up to 5,000 homes — but the country's first, up-and-running foray into offshore wind power.

But France's adoption of wind power comes with its own challenges.

Read more - Can we live in a world without fossil fuels?

At the recent inauguration of the Floatgen turbine at the gritty Brittany port, a champagne bottle smashed against the turbine towering over the dock, with a wish of good wind and fair seas. A crowd of dignitaries snacked on hors d'œuvre and drank bubbly — while a line of riot police faced off against angry workers.

Workers protested government economic reforms and the transition to alternative energies, leaving a pungent smell of teargas and burning tires hanging in the air. 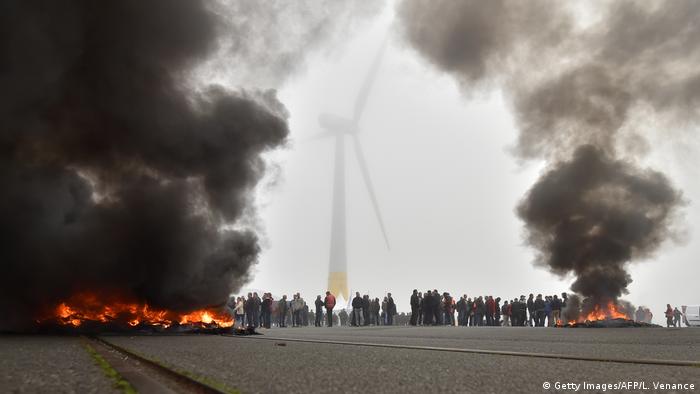 "We face an uncertain future," said Mathieu Pinault, a member of the CGT trade union, as he mingled with fellow protesters. His longtime employer, a fuel- and coal-based heating plant, is gradually shutting down.

"The next step is going commercial," said Geschier. "Commercial scale means having 50 of those babies, with much larger wind turbines powering hundreds and hundreds of thousands of people."

That is likely to happen in less than a decade, Geschier thinks, as the French government carried out an ambitious plan to drastically cut nuclear power's massive share of France's energy mix from 75 percent today, to 50 percent by 2025.

More broadly, the initiative underscores the nation's transition from regional laggard to future wind-power leader as it embarks on a massive overhaul of its energy mix.

"This is true for France of course, but it's also true for Europe as a whole."

As one of the few existing floating turbines in the world, the Saint-Nazaire pilot goes an extra step. The cutting-edge technology depends on cables fixed to the ocean floor, and can be deployed in deeper waters than its fixed-bottom counterparts — taking advantage of often stronger and more stable winds.

Read more -The wind turbine that looks like a tree

Other countries are ahead, however. In October, Britain launched the planet's first floating wind farm off the Scottish coast, capable of powering up to 20,000 homes.

In France, the government of President Emmanuel Macron has another reason to champion the shift to wind and other renewables, as it positions itself to become a global leader in the broader fight against climate change.

But weaning the nation away from nuclear energy will not be easy. While Environment Minister Nicolas Hulot (who is also veteran environmental activist) says the government may shut down as many as 17 of France's 58 nuclear plants by 2025, he has offered no details or clear timeline.

So far, not a single plant has been shut down — although one of the oldest is expected to stop production by 2020. 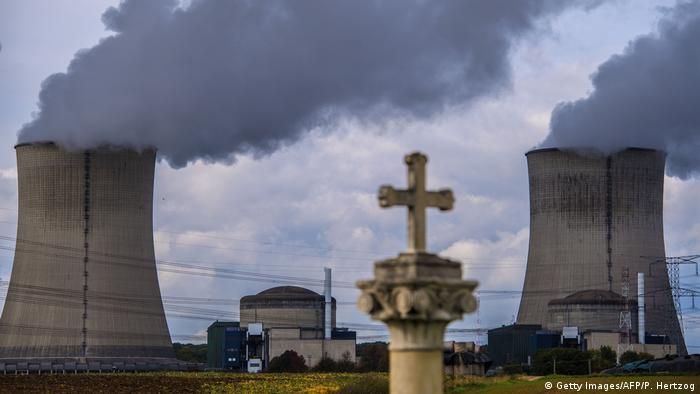 Environmentalists say France's nuclear reactors are vulnerable to terrorist attack, another reason to shut them down

"I think that the French government understands that it's not possible in the world today to continue just with nuclear power," said French Green Senator Ronan Dantec.

"It's important for the industry in France, for the future of the electricity market — because nuclear is very expensive — to have this strategy to develop renewable energy."

Local governments have also drawn up plans to shift to wind and other renewables, whose prices have dropped dramatically in recent years. That includes the western Pays de la Loire region, where the port city of Saint-Nazaire is located.

"We have everything it takes to make this region into a big area in terms of building wind turbines, both on land and offshore," said Regional Council Vice President Paul Jenneteau, who notes the Floatgen turbine alone created 70 jobs. 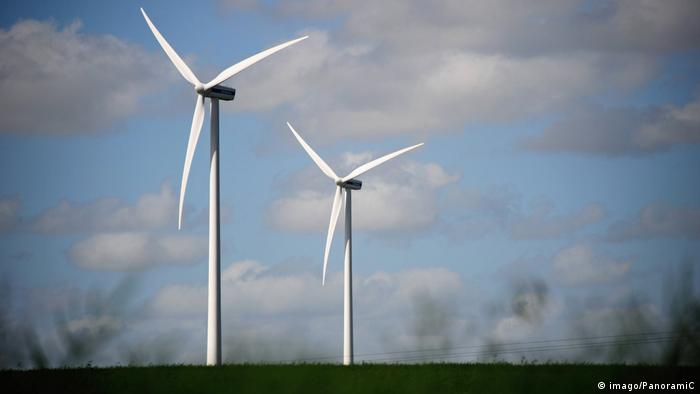 France has plans to also increase its land-based wind power

"We're talking about blades being produced in Portugal, offshore wind substructures in Poland, gear boxes in Belgium," he said, predicting Europe's wind industry will generate more than half a million jobs by 2030 — more than double today's numbers.

Yet for all the possible advantages, France has been slow to adopt offshore wind power.

"We're late, let's be honest," acknowledged France's Junior Environment Minister Sebastien Lecornu during the Saint-Nazaire inauguration, as he ticked off a raft of obstacles, from groups opposing new turbines to a tangle of red tape.

"What is still difficult in France is permitting," said Marc Fornacciari, a Paris-based partner for the global law firm Dentons, who specializes in infrastructure and energy.

"You also have a typical French phenomenon, which is the ease in which third parties can challenge projects," he added. "And you can be certain that any project will be challenged in court, which will cause delays and costs."

By mid-afternoon, Saint-Nazaire's celebrations and protests were over. Firemen were out, dousing burning tires with large hoses. Pinault and the other dockworkers were long gone — back to their jobs and homes, to face an uncertain future.