The Danish utility group Dong Energy has placed its value up to $16 billion ahead of an expectedly massive initial public offering. The government-controlled group is the world's largest operator of offshore wind farms. 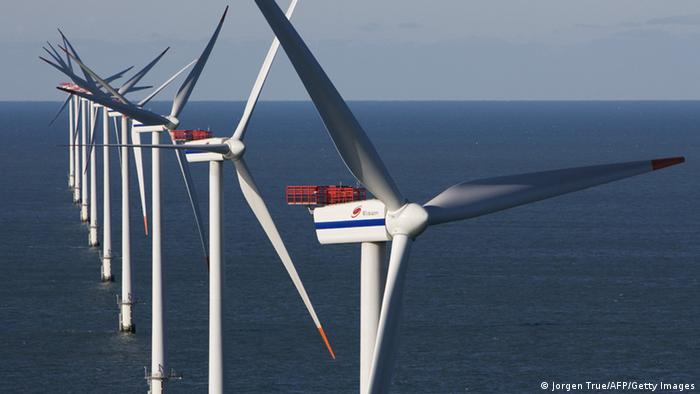 Government-controlled Danish utility and wind farm group Dong Energy said Thursday that it could be valued up to $16 billion (14.3 billion euros), before what is expected to be Denmark's biggest initial public offering ever - and Europe's largest this year.

The energy group plans to sell between 15.1 to 17.4 percent of its shares when they are expected to be offered for the first time on the Copenhagen stock exchange on June 9. The Danish government will retain a 50.1 percent stake.

"The company has grown from primarily being a Danish utility business to becoming a growing international company with a leading position in the offshore wind sector," Danish Finance Minister Hjort Frederisken said.

Dong Energy was formed ten years ago from the fusion of state oil and gas suppliers as well as five other regional suppliers. It has since built more than a quarter of the world's off-shore wind farms.

Some analysts were surprised though by the high valuation, seeing it as a bullish take on the future of the wind power.

"It is a company that is relatively complex to value," Sydbank analyst Morten Imsgard told Danish news agency Ritzau," because it's crucial what expectations you have as an investor on the offshore wind turbine sector." 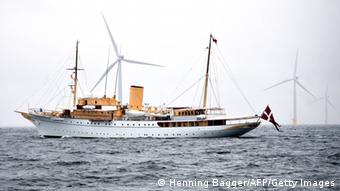 Ownership over the group has been a touchy political subject in Denmark. The country's Socialist People's Party exited a center-left coalition government in 2014 after a stake of Dong Energy was sold to Goldman Sachs under terms that reportedly favored the US investment bank.

With a huge presence in both the UK and Germany, the group is trying to gain a foothold in the US market.

Goldman is expected to gain over $700 million from the IPO.

Denmark built the world's first off-shore wind farm in 1991. Today, it manufactures massive turbines that supply clean, renewable energy. So, how has the small Scandinavian country become a global leader in wind power? (27.04.2015)

German conglomerate Siemens has struck a multi-million euro deal with Denmark’s Dong Energy for the construction of a major wind farm off the German coast. The contract is for the biggest turbine models ever installed. (18.11.2013)

Germany, Belgium, the Netherlands and Denmark plan to build 150 gigawatts of offshore wind capacity in the North Sea to help achieve the EU's climate goals and, eventually, break away from Russian energy.