Denmark′s wind power flowering: A small country with big dreams of a fossil-free future | Environment| All topics from climate change to conservation | DW | 27.04.2015

Denmark built the world's first off-shore wind farm in 1991. Today, it manufactures massive turbines that supply clean, renewable energy. So, how has the small Scandinavian country become a global leader in wind power? 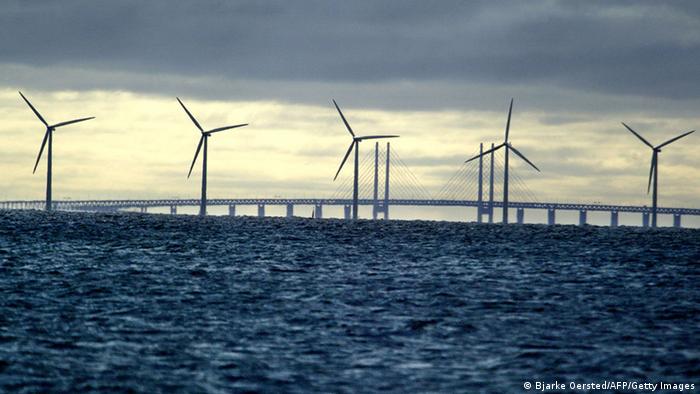 Weaning the world off fossil fuels will be a central issue when 196 countries meet in Paris later this year to reach a new global agreement on climate protection. Although Copenhagen may have become a byword for the failure of United Nations climate talks, when it comes to renewable energy, Denmark is storming ahead, an international leader in wind power.

Denmark - a tiny country of just 6 million people - built its first commercial-scale offshore wind farm in 1991. Wind now supplies up to 40 percent of electricity demand, and Denmark is designing and building wind power projects in Europe, Asia and North America.

Famous for Hans Christian Anderson's fairytales and cutting-edge design, Denmark is a small country with a big imagination. Since the 1970s, the Danes have dreamed of a fossil fuel free future.

In 1973, when members of the Organization of Petroleum Exporting Countries stopped shipping oil to Europe, driving prices up dramatically, Denmark vowed to develop its own oil and gas reserves - and to invest in wind power - to protect itself from future shocks.

"The story of wind in Denmark is driven by pioneers and by politics," says Jan Hylleberg, CEO of the Danish Wind Energy Association. "We decided we would not be dependent on fossil fuels in the future."

Surrounded by some of the North Sea's windiest spots, Denmark now has 13 wind farms. 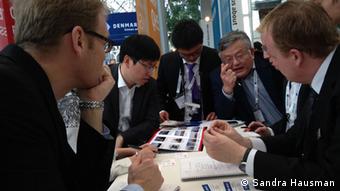 In addition to supplying clean power with zero fuel costs, wind has proven a powerful economic engine. More than 300 wind energy companies are based in Denmark, employing more than 25,000 people.

All this made Copenhagen a natural choice for this year's conference of the European Wind Energy Association. More than 8,000 scientists, engineers, manufacturers and government officials gathered to discuss the global future of wind power.

They agreed that driving down price is key to growth in the sector. Economists say the price of offshore wind has dropped 32 percent since 2010 - and experts believe it will fall further as China moves aggressively into the market, lowering costs through economies of scale.

One reason for the improving cost-effectiveness of wind power is that turbines are getting bigger: up to 200 meters (66 feet) tall, with rotor blades one-and-a-half times the length of a football field. That means more power is produced for per turbine - and per dollar invested.

Another key to the future of wind power is finding ways to manage an electricity grid dependent on fluctuating power sources - to assure supply matches demand, and avoid blackouts. 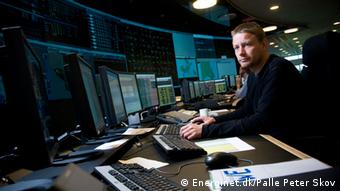 "It was easy to run and balance an electricity system with big power plants fired with coal, oil or natural gas," says Peter Jorgenson, vice president of Energinet, the Danish power grid operator.

"You could control them and adjust generation so that it balanced with demand. Today you have a large share of wind power, solar power, and you still have to keep the system balanced."

To do that, Energinet uses sophisticated software that manages the grid minute-by-minute. On windy days, it exports power to its neighbors Germany, Sweden and Norway. On days when wind is light, it turns to Norway to make up the shortfall.

"Norway has huge capacity for hydropower," says Rune Birk Nielsen, spokesman for the wind division of Denmark's national energy company, DONG. "It's relatively easy for them to release water to generate power whenever it's needed."

On days when there’s an excess of power, scientists and engineers are finding ways to store it - for example by converting the electricity to heat.

"We have big, insulated water tanks where we store the heat until you need it," says Energinet's Jorgenson.

Jorgenson says other solutions in development include charging electric vehicles when a surplus of power brings the power price down; or synthesizing hydrogen and methane from electricity, which can then be used for heating and transportation. 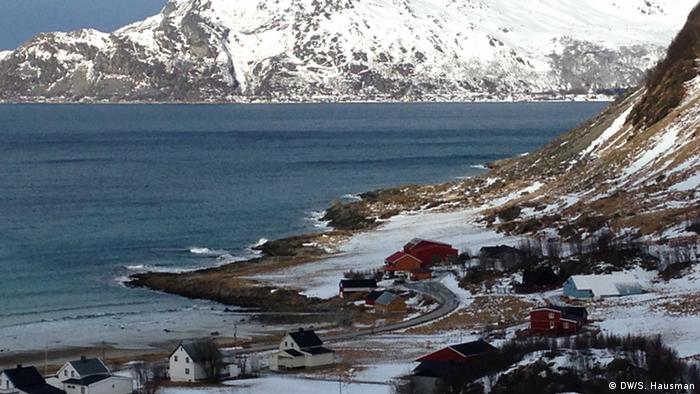 Norway, with its abundance of hydroelectric power, helps fill the gaps when offshore wind dies down in Denmark

Government subsidies for the enormous startup costs of wind farms have been critical to Denmark's success.

The investment appears to have paid off. Since 1990, green energy production has grown eight-fold in Denmark, while the economy grew by nearly 40 percent. DONG spokesman Birk Nielsen says the industry has now reached a point where far lower subsidies are needed for land-based wind farms.

"At some of the good windy sites, it can almost be built without any public support at all - and we expect the same trend will happen with offshore wind," Nielsen says.

Growth of the Danish wind sector over the last 30 year means the country can also export its know-how. DONG Energy recently agreed to project-manage construction of America's first offshore wind farm, off the coast of Massachusetts.

Back at home, Denmark is on track to produce half of its electricity from wind by 2020, and says wind and other renewables will free it from fossil fuels by 2050.

German development KfW announced it has given a large loan to South Africa to help the nation make its energy grid more sustainable. It's an investment in renewables, with the emphasis being on solar and wind energy. (08.04.2015)

Surplus power generated by renewable energy sources needs to be stored because the wind isn't always blowing and the sun doesn't always shine. (23.03.2015)