Will the Brexit save UK′s fishing industry? | Environment| All topics from climate change to conservation | DW | 27.07.2016

Will the Brexit save UK's fishing industry?

Small-scale fishermen believe Britain's departure from the EU will stop what would have been a bleak future for their sector. But green groups warn against a fishing free-for-all. 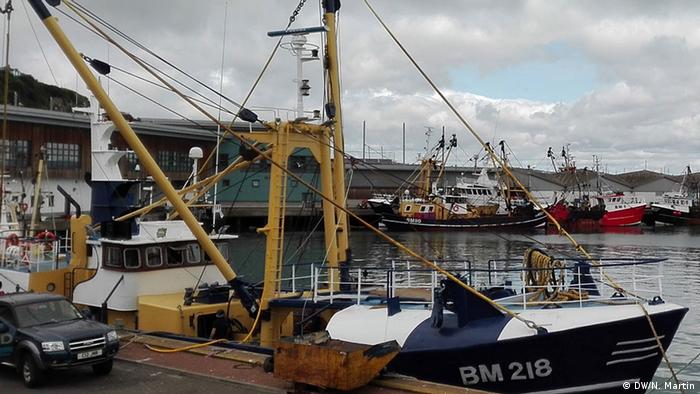 Brixham in southwestern England has been a thriving fishing town since the Middle Ages. But despite being among the country's top three fishing ports, many fishermen complain that their livelihoods have been eroded by EU over-regulation, along with strict and often unfair fishing quotas.

"If we look at the fishing industry today, we used to have double this," Barry Young, the managing director and chief auctioneer of Brixham Trawler Agents told DW as he looked out over the harbor. "Over the past 10 years, we've had bouts of decommissioning [of boats], the [fishing] quotas have reduced, people thought there wasn't a future for them in fishing, so they've had to sell their boats."

Young says quotas that are divided up between different EU member states and allow fishermen to trawl in certain waters have more than halved over the past 10 years.

In the lead up to the June 23 referendum on Britain's membership of the EU, many local fishermen joined a wider industry campaign called 'Fishing for Leave', backing the Brexit.

"We believed we were at the lowest level of the fishing industry for many years and that it would [only] go lower if we stayed in Europe. 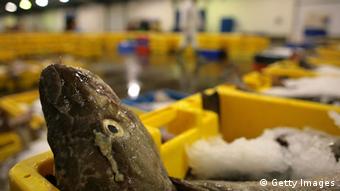 A cod on its way to the consumer

If we came out of Europe, it would stay on a par to where it is now," Young told DW.

Long-standing fishermen like Richard Fowler, who has been operating in the English Channel for the past 35 years, say trawlermen have already diversified, chased other species and tried other modes of fishing. They urgently need more quotas, he said.

'We've tried everything else'

"When I bought the boat 20 years ago, we could more or less fish for what we wanted, where we wanted," Fowler told DW. "Every year they've closed more and more doors."

Fowler used to dredge for scallops, but was banned after the so-called 2012 Scallop War with the French, when British fishermen had to request Royal Navy protection after 40 French boats surrounded their vessels.The French claimed that the British were fishing inside an EU exclusion zone, which limited dredging to just seven months of the year. The British insisted they had permission to fish all year round.

The National Federation of Fishermen's Organizations (NFFO) hopes now that Britain has voted to leave the EU, the industry will experience a seismic shift. The NFFO has reminded the British government not to put other industries before fishing in future trade negotiations with the EU.

But environmental groups are less bullish about what will happen now that the UK has chosen to leave the EU. The British government must renegotiate thousands of agreements with Brussels including the Common Fisheries policy. 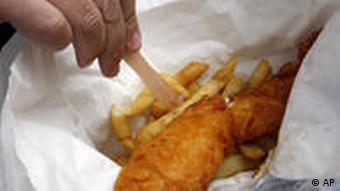 Already, political analysts have warned that Britain may not be in a strong negotiating position, as Brussels may decide to send a symbolic message to prevent other EU states from following suit. "We are the first country to leave (the EU) and stab it in the back," said Greenpeace's Head of Oceans Will McCallum. "There are historic fishing agreements that many of those countries are going to want to keep hold of, because they are highly profitable, so I don't know what kind of deal we might get."

Although a section of the British media has pointed the finger at the EU for years for the loss of fishing quotas, Greenpeace insists it was the UK government, and not the bigwigs in Brussels, that has prioritized larger corporations over small-scale fishermen. McCallum's fear is that British ministers may now face industry pressure to permit some sort of fishing free-for-all.

Other analysts have warned that fishermen's expectations have been unnecessarily raised. In the lead up to the referendum, the 'Vote Leave' campaign made a lot of promises it knew it couldn't deliver, they said, like an increase in quotas.

"We have a long, sad history of overfishing in the UK, with quite famous stock like North Sea cod near the brink of collapse. The only time cod rose was during World War I, World War II and the last 10 years," the head of oceans at Greenpeace told DW. McCallum said while the Common Fisheries policy was far from perfect, the trend in fish stocks is "definitely on the up" and reforms to the policy had led to a ban of discards, to prevent smaller immature fish being caught in the huge nets, and later thrown back dead.

Fishing sector needs to be prioritized

Fishermen in Brixham accept it would be foolish to undo decades of progress to prevent overfishing, but insist that small-scale trawlermen are not to blame. 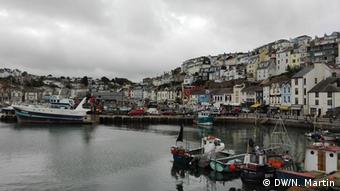 "People don't see what fishermen are doing behind the scenes. They are modifying their nets so that all the immature fish leave the net before it even comes to the surface," said Young from Brixham Trawler Agents.

But Fowler is more skeptical about whether the Brexit will make much of a difference to the current restrictions on where he can fish.

"I can't see that we're going to get bigger quotas because where are they going to come from? There's only a certain amount of fish in this pot that we fish out of," the fisherman said.

EU-watchers agree that negotiations on Britain's future relationship with the rest of Europe will likely take many years. They warn that, just like so many previous times, the country's tiny fishing sector may not be prioritized.