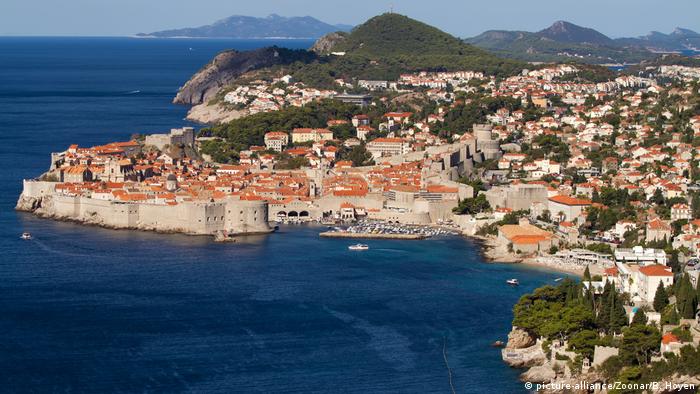 With its turquoise-blue sea, historic cities, beautiful beaches and more than 1,200 islands, Croatia is a popular holiday destination, especially for Germans and Austrians who can reach the Adriatic Sea by car. And Croatia has made headway in the EU-wide discussion about opening the borders to tourism: On May 9, the government decided to reopen the country to citizens of member states — without a coronavirus test or quarantine requirements — for an expanded list of reasons. But holidaymakers are yet to arrive. The summer season hasn't begun.

At the beginning of the coronavirus pandemic, summer travel between EU countries had appeared impossible. On Monday, however, German Foreign Minister Heiko Maas announced his intent to work toward opening EU borders for tourism by summer. "We want to return to normality step by step," Maas said. Following a video conference with the foreign ministers of the countries most visited by Germans, Maas said he would not extend a global travel warning in place until June 15. 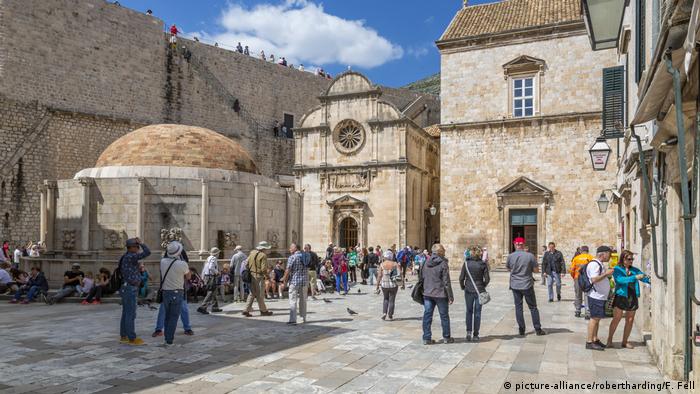 The Old City of Dubrovnik is a UNESCO World Heritage Site

Maas said summer holidays would not be the same as before the coronavirus pandemic. "We should not give in to the misconception that there can be a quick return to business as usual," Maas said.

Chancellor Angela Merkel said: "It will not be a normal tourist season. It will be a tourist season in the shadow of the pandemic." Social distancing rules, strict hygiene regulations, and restrictions for hotels and restaurants will be in place in holiday destinations. The exact requirements will be agreed between the government and those of the respective destination countries in the coming weeks in bilateral agreements.

The news came as a relief for tour operators and businesses in countries that are popular with German travelers. Many countries depend on the revenue from German tourists. Even countries that were heavily affected by the coronavirus are now pushing for borders to be opened: Italy, for example, plans to let tourists into the country as early as June 3, Spain by the end of June.

Other countries are even more dependent on tourism. In Croatia, the industry accounts for 25% of the gross domestic product. In 2019, almost 20 million tourists visited the country, spending about €12 billion. The number of coronavirus cases in the country is relatively low. Currently there are only about 400 diagnosed infections in Croatia, and fewer than 100 people have died of COVID-19 so far. 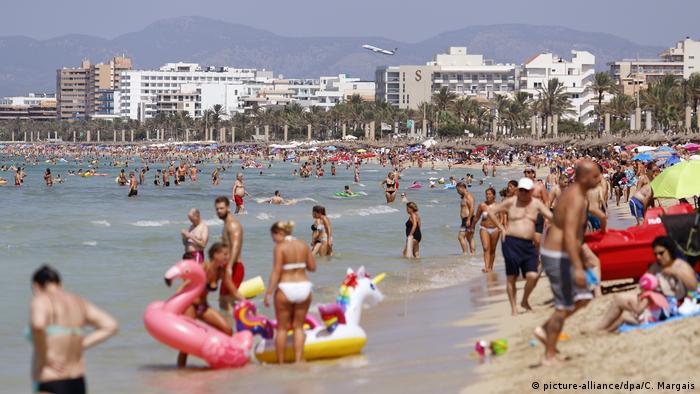 Crowds will not likely congregate en masse on beaches such as El Arenal, Mallorca

A confirmation of a hotel booking has been sufficient for entry to Croatia since May 9. Business travelers and people who own a house or boat are also allowed to cross the border. The Lufthansa subsidiary Eurowings has already announced its intent to resume flights from Germany to the main tourist destinations in Croatia in June.

In many parts of Croatia, Germans and Austrians represent half of the tourists at any given time. "We live from tourism," Croatian President Zoran Milanovic said. Hotels, restaurants and campsites are open, as are beaches. The rule of social distancing of 1.5 meters (5 feet) applies, and waiters must wear masks. The ferries to the islands are running again, but it is unclear how exactly the social distancing rules will be implemented there.

To avoid traffic jams at the borders, Croatia is preparing an app for tourists. Tourism Minister Gari Cappelli said the app was intended to enable travelers to register with the authorities in advance of arriving. Among other things, the app would allow tourists to indicate their destination and accommodation in Croatia. "At the beginning of May, because of the favourable overall epidemiological situation, tourist activity gradually began to grow again, and we now hope to generate 30 percent of last year's tourist arrivals," Cappelli told DW. 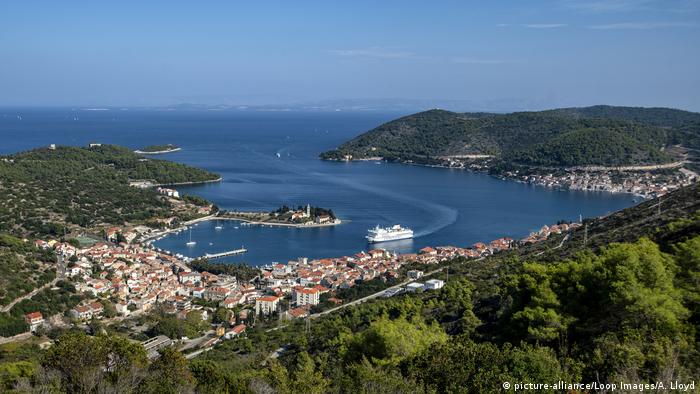 Vis, one of more than 1,200 islands on the Adriatic Sea

Over the past three months, tour operators have lost billions of euros. If the summer business were to prove a loser, as well, the survival of the entire industry would be endangered. In January, TUI Travel — Europe's largest tour operator — announced the highest booking figures in its corporate history. Within weeks, TUI was requesting state loans and reducing the working hours of 9,000 employees. 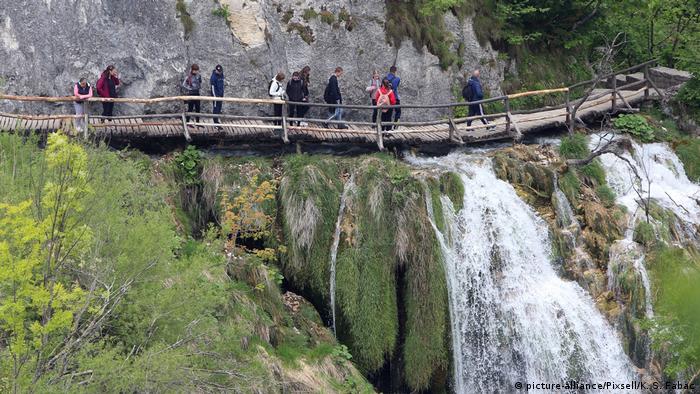 "For everyone in the industry, it is a good sign that the travel warning will not be extended," Aage Dünhaupt, the head of corporate communications for TUI Fly, the organization's airline, told DW.

Package tours could legally resume on June 15. However, they would not likely ramp up until the beginning of July. Cruises would take longer to restart, and long-distance trips to countries outside of Europe would be "even more of a challenge," Dünhaupt said.It is difficult for tour operators to predict how high the demand for international travel will be. TUI reports a significant increase in bookings of holidays to the Balearic Islands, Greece and Portugal. Many bookings are now also coming for September and thus for an extended summer season. "In the holiday destinations, we will also implement the social distancing and hygiene measures that we follow in Germany." Dünhaupt said.

Worldwide, the tourism industry has suffered massive damage from the coronavirus pandemic, and it will recover very slowly. "At the moment we cannot expect to achieve the booking volumes from before in the next 12 to 24 months," Dünhaupt said. "This is a challenge that all of us in the industry have to face now." 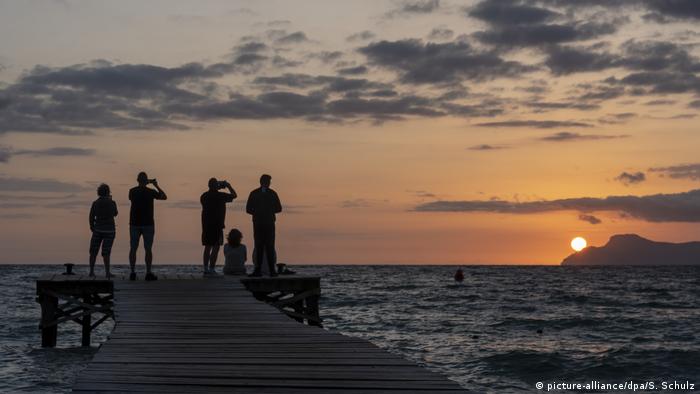 Mallorca is the Germans' favorite island in Spain

The old yet innovative city of Zadar

While Croatia's unique natural beauty continues to draw tourists, its medieval cities also have a lot to offer. Besides Split and Dubrovnik, Zadar is one such attraction. DW's Eesha Kheny travels to find out more. (19.06.2018)