Will EU companies be rethinking their China strategies? | Business | Economy and finance news from a German perspective | DW | 08.06.2022

Will EU companies be rethinking their China strategies? 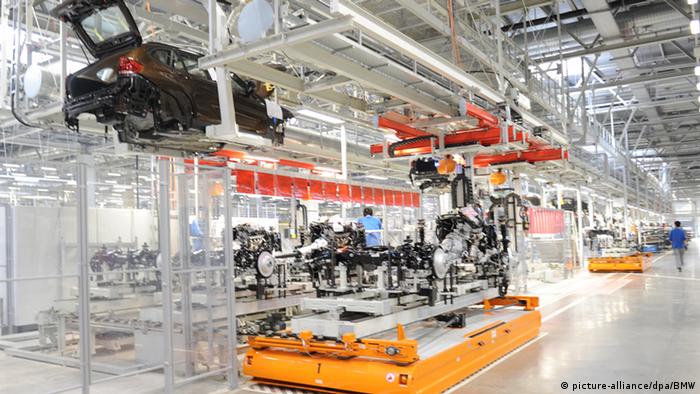 EU companies have tended to adopt two strategies when dealing with the often opaque and heavily politicized world of doing business in China, according to "China’s Innovation Ecosystem: Right for many, but not for all," a report by the European Union Chamber of Commerce in China.

"For European companies, understanding how to maximize the value of China’s vibrant innovation ecosystem is imperative, but so too is mitigating the risk of technology leakage," the report says.

With China representing 20% of global research and development and the US decoupling US firms from China, the report asks if this represents an opportunity for companies from the EU.

It notes a general concern that EU firms may often unwillingly or unwittingly empower Beijing technologically.

"This is a fascinating story from the front line of the global trade situation," according to co-author Mikko Huotari. "We need to weigh the risks and benefits," he said. "Unwilling handovers to Chinese state and military enterprises is a concern, with a clear tension between politics and business."

The report notes that China is very keen to decouple from the US, but asks whether the EU can benefit from this.

"For sure not. They don't want to become dependent on another partner, which could be unreliable. This ship has sailed. Beijing may actually label more firms as strategic," according to Jeroen Groenewegen-Lau, head of Program for the Science, Technology and Innovation Policy Team at the Mercator Institute for China Studies (MERICS).

This means, as the report suggests, that EU firms will need to recalibrate their strategies for China. It notes that to date, foreign firms have tended to adopt one of two strategies: all-in or hedged bets.

"There are red carpets and layered rivalries," said Groenewegen-Lau. "Some companies from Europe get the red carpet treatment, in particular when Beijing sees an advantage for China in inviting in outsiders."

He notes that the treatment from China depends on whether Beijing deems the domestic industry or company with whom a foreign entity wants to cooperate in the area of R&D as strategic or nonstrategic. In what the report’s authors call "cargo hold," Beijing will probably more likely not be rolling out red carpets anytime soon. "Beijing will be more interested in pushing out non-Chinese firms where Chinese firms have closed the technology gap with the West.".

Can China bully the EU?

The ‘all-in’ approach has two parts, the first sees China’s R&D ecosystem as so vibrant that companies commit fully despite the threat of intellectual property (IP) theft. They accept and manage risks in order derive the greatest benefit from China’s entrepreneurial spirit, deep pool of scientists and researchers, and the ability to commercialize innovations faster than anywhere else in the world. For many, this kind of R&D environment allows them to develop products in China that can then be rolled out globally.

The second part tends to be in industries that are crucial, but not considered high-tech, often operating in niche technologies.

Companies that are 'hedging bets' recognize it is important to develop products for the Chinese market, but see the risks of undertaking comprehensive R&D as too great, with innovation of their core technologies only in their safely guarded home markets. Instead, they focus on localization in China and seek complementary local technology to enhance their local and global product offerings.

Industries identified as being in the 'cargo hold' — facing growing protectionism and state-directed preference for domestic suppliers, such as in network equipment and services, and companies focused on digital and telecommunications services — were almost completely absent from the survey and interviews, the report notes.

"Another key question is whether EU companies will be able in the future to export globally from their China operations," asked Groenewegen-Lau. "This often means cooperation along the lines of Chinese software with European hardware."

Jacob Gunter, a senior analyst on MERICS' Economic Research Team, spoke of a layered decoupling after the US imposed export controls. "There is growing uncertainty and mistrust about foreign R&D. Non-Chinese companies integrated into Chinese supply chains inside China may find their global R&D ambitions somewhat impeded," he added.

China is not Russia

"Russia is a three-product economy, while China is a major leader of innovation. We would be cutting ourself off from new technology if we decouple from China. We must differentiate China and Russia,” Gunter warned.

"China’s business class needs us and wants us, in particular in climate change technology. We would be delaying this process if we pulled out. Furthermore, the Chinese economy is in trouble and will be this year. It is important that deepening China’s self-reliance stance would mean them cutting themselves off and us from innovation that could help save the planet," Gunter said.

China comes out of lockdown