The Italian author, composer and stage director Dario Fo once said, "The arts, literature and music are the connecting link of Europe." Brexit is now putting his words to the test. 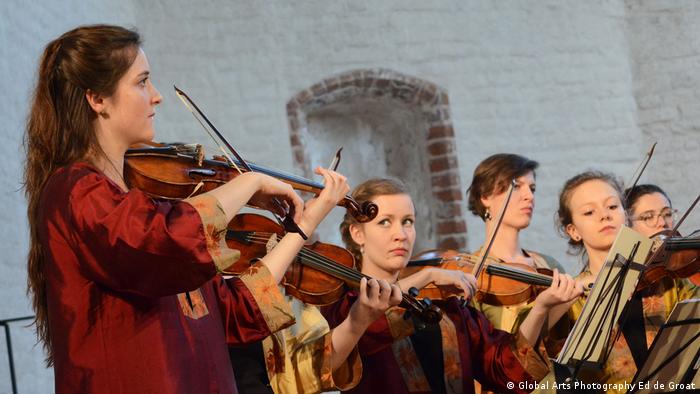 In her Article 50 letter initiating the two-year negotiation period, Theresa May stated that the UK would leave the European Union (EU) but not Europe.

For classical music ensembles, however, the looming divorce brings into question whether the UK can extract itself from the union without undermining its links to the broader European music and arts sectors. On both sides of the channel, pan-European orchestras are examining whether Brexit will force changes in their relationship with the UK.

For the European Union Baroque Orchestra (EUBO), a renowned early-music ensemble consisting of EU member nations' top young musicians, the answer is yes. Based in Oxfordshire since its formation in 1985, the EUBO will give its last concert as a UK-based organization on May 19 at St John Smith's Square in London before relocating its physical and legal headquarters to Antwerp, Belgium. 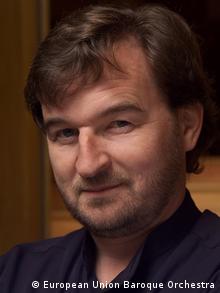 With 1.46 billion euros ($1.56 million) budgeted from 2014 until 2020, Creative Europe supports audiovisual and cultural arts, including music, in EU member states. Non-EU countries are eligible for this funding as well, if they pay an "entry ticket" based on their GDP. British music organizations could thus still be eligible for funding once the country officially splits from the EU, but only should the British government decide to fully opt in to that framework.

James believes that culture sits quite far down Prime Minister Theresa May's list of negotiating priorities. And even if it didn't, he sees the EU-association of his orchestra as problematically conflicting with its British base. "Why would you want to commit giving money to a European organization that is not likely to be in the UK anymore?" he asked.

An orchestra of Europe, not the European Union

For the pan-European, London-based Chamber Orchestra of Europe (COE), the story is different. "We are the Chamber Orchestra of Europe, not the European Union," its Executive Chairman Peter Readman emphasized, citing the orchestra's "broader basis" and its non-EU-based funding. The orchestra relies on private funding from individuals, corporations and a variety of trusts and foundations.

While Paul James of the EUBO cites fundraising difficulties due to economic uncertainty in the wake of the Brexit decision, Readman sees no effect on the COE's ability to keep its financial lifeblood flowing in the post-referendum environment. But should the British-based operating environment become problematic in the future, he admitted the COE would "certainly look very carefully" at establishing a continental base. 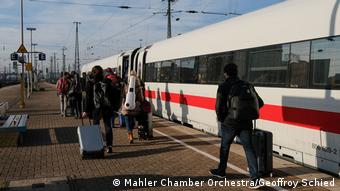 A final Brexit deal could pose a host of hurdles to European musical ensembles, with freedom of movement, visa requirements, customs documents for instruments and social security payments chief among them. As orchestras often plan their tours years in advance, the knowledge vacuum surrounding Brexit could theoretically sway EU-based groups away from booking performances in the UK.

Nonetheless, the Berlin-headquartered Mahler Chamber Orchestra (MCO), a "nomadic collective" of instrumentalists from across Europe - including the UK - who unite periodically on tours that span the world, has no intention of quitting the British music market. Performing at the London Proms in 2015 and the Royal Festival Hall in November 2016, the orchestra plans to return to the UK in the next five to six years - including after the announced UK-EU divorce date in March 2019. 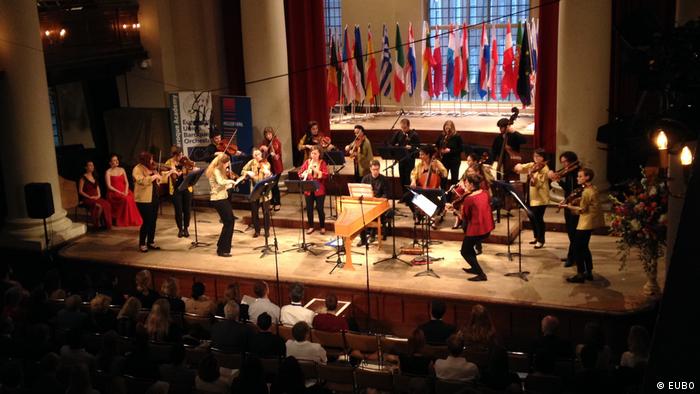 "At the moment, Brexit has not affected our relationship to the UK," MCO Managing Director Michael Adick told DW. He emphasized the orchestra would go step by step, dealing with Brexit's practical challenges as they emerge while lamenting the "huge step backward" they could represent.

"There will definitely be much higher administrative burdens like those we experience in other countries that are not part of the European Union," Adick said, "but as we are operating worldwide anyway, we do not see the [British] market being totally shut down for us in the future." 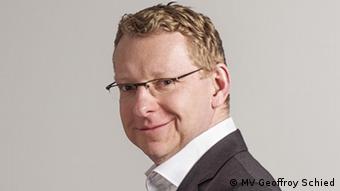 The MCO is not the only Europe-based organization to respond to Brexit with assurances of partnership. Paul James of the EUBO predicts "a lot of sympathetic arms-around-shoulders" in the months following Brexit, also expecting support for his imperiled orchestra to pour in from various sources - including the orchestra's eventual new home base, the AMUZ international music center in Antwerp.

The desire to make an example of the UK through difficult negotiations, voiced on Brexit topics from trade to reciprocal residency rights, has remained largely absent from the conversations between British and European music professionals.

Ian Smith, whose British nationality and position as Chair of the European Music Council (EMC) places him at the intersection of the divorcing political entities, told DW that he does not expect a backlash from European music organizations if British musicians retain full mobility within the EU. At a post-referendum conference, Smith's European Commission colleagues sought him out to assure him of their solidarity with him as a "European." 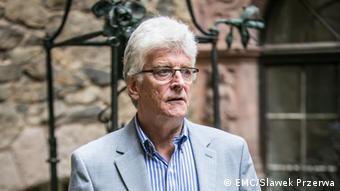 A chorus in unison

If Brexit in fact has a silver lining for music professionals, it has been to reinforce their belief in the ability of music to unite people across the borders.

"If we use the language of music not just to communicate but to heal, I think we will be doing even in the smallest possible way a good thing for future generations," Smith said.

Michael Adick at the MCO sees Brexit as "a signal that we have to fight even more for what we regard as our values…freedom, democracy, openness…it is even more important to communicate very actively what we stand for."

And despite the EUBO's upcoming departure from the United Kingdom, Paul James still believes "Music is a universal language. It really is true."

Brexodus: scaremongering hype or a reality check for the UK's financial sector?

Speculation over a potential exodus from Europe's Fintech capital remains rife. Some firms are scoping out the alternatives, others are sticking to the mantra "keep calm and carry on," reports Sarah Bradbury from London. (31.03.2017)

The clock has started ticking for the UK: It now has two years to negotiate its future relationship with the EU. How close will they be especially in terms of trade? DW talked to an EU trade policy expert to find out. (30.03.2017)