Will AU members really withdraw from the ICC?

African Union (AU) leaders have backed a strategy for a collective withdrawal from the International Criminal Court (ICC). But it seems that many countries have reservations and that very little will change for now. 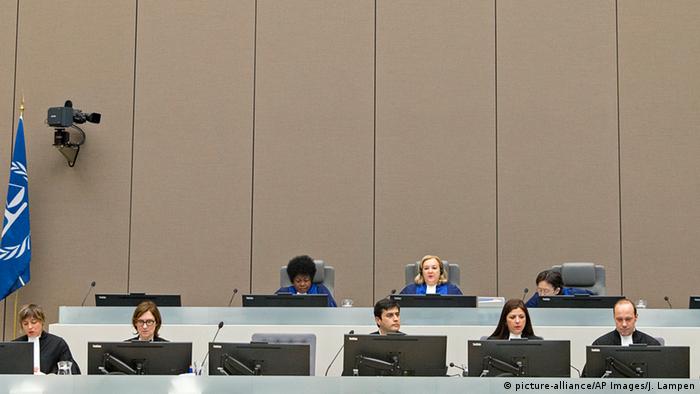 The news of the adopted AU strategy to withdraw from the The Hague-based court came as more of a footnote to the AU summit. There were no big announcements, but an AU official, who asked not to be identified, told the Reuters news agency that "the leaders of AU member states endorsed the strategy of collective withdrawal, with reservations."

At a closer look, however, the strategy is more of a recommendation than an actual decision to withdraw from the ICC and a treaty which established the court known as the Rome Statute. The decision is not binding and as country representatives who are in support of the ICC noted, the decision to leave the ICC is up to each individual country.

According to DW's reporter in Addis Ababa, Coletta Wanjohi, several countries which include Nigeria, Senegal and Tanzania had reservations about the paper.  Other countries asked for more time to consider the withdrawal strategy.

No concrete steps to withdraw

The call by countries like Kenya, Burundi and South Africa to withdraw from the ICC is, however, not new. The "withdrawal strategy" was initially tabled by Kenya's President Uhuru Kenyatta a year ago. Until 2014, Kenyatta and his vice president William Ruto were themselves accused of instigating war crimes during the 2007/2008 post-election violence in Kenya. The proposed strategy was then discussed by AU foreign ministers, who wanted to bring their grievances to the UN Security Council. Many African countries are of the opinion that the court is unfairly targeting them. 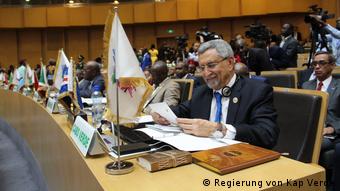 "What happened in Addis Ababa is unprecedented," said Allan Ngari, an expert on international crime with the Institute for Security Studies in Pretoria. "That a regional body would adopt a decision to withdraw from an international instrument." But Ngari noted that the AU itself is not party to the Rome Statute and it remains up to individual states to decide whether they want to remain within the statute or leave it.

Moreover, Ngari explained that even the countries that have said they will leave the ICC and the Rome Statute have so far failed to take any concrete measures to do so. "Kenya introduced a bill in its national parliament to repeal that act that domesticated the Rome Statute," Ngari explained.  The bill, he explained, however, was not passed and expired in January 2017.

Last year, The Gambia also threatened to leave the ICC. Under the new president, Adama Barrow, the country might, however, review this decision.

Whether African countries will follow the recommendations of the strategy paper or not, a handful are still adamant that they will withdraw if nothing changes. "We believe that it needs to improve its working methods. It has been in place for 12 years and it has had three or four convictions," argued Sam Kutesa, Uganda's foreign affairs minister. "It spends $ 180 million (167 million euros) per annum. This is totally incompetent," he added.

Sudan's Secretary of Economics and Development, Hussain Karshaoum, also argued that instead of sticking with the ICC, African countries should instead strengthen their own justice systems. "You have to strengthen the African Court of Justice and to call for every African state to ratify it as a last resort. The second thing is to strengthen the judicial system at the domestic level," he said.

The outgoing vice chairperson of the AU Commission, Erastus Mwencha, said what African countries really want is a level playing field. "What happens at the ICC should apply throughout the world, and African leaders have said we are ready to sit down and see how we can reform it."

The foreign affairs ministers had planned to discuss a possible reform of the ICC and amendments to the Rome Statute with the UN Security Council. The ministers, however, said that officials who were sent to the meeting were not senior enough to discuss the proposed changes.

33 years after Morocco left the African Union to protest against recognition by the organization of the former Spanish colony of Western Sahara, Rabat is back. DW's Ludger Schadomsky on what this means for the AU. (31.01.2017)

A man with a mission: Moussa Faki seeks greater security in Africa

Chadian Foreign Minister Moussa Faki is the new chairman of the African Union Commission. But who is Faki and what does he stand for? (31.01.2017)