More than half of the animal kingdom has been wiped out since 1970, according to the WWF. A timely exhibition in Frankfurt — "Wilderness" — features art works that celebrates the wild, untamed and unculivated.

In the 21st century, wilderness is more mythical than real, with very few blank spots left on world maps that have not been disturbed by human civilization.

In response, Schirn Kunsthalle in Frankfurt has dedicated an entire exhibition to the increasingly obsolete notion of "Wilderness," with a display of works spanning more than a century that include paintings, photography and computer simulations.

Much of the artwork on show originates at the peak of industrialization when there was an increased longing for untouched wilderness. According to Schirn Kunsthalle director Philipp Demandt, pristine nature has long been held up in contrast to humankind's "overly controlled" world. Yet the term wilderness has also long had held negative connotations. According the Demandt, it has long been associated with "darkness and danger," for example, with artists often portraying towering mountains, precipitous rock formations, dark forests and waterfalls, even into the Romance period in the late 19th century when the beauty of and mankind's longing for nature had become the focus.

The museum's curator Esther Schlicht travelled to the US, Africa and across Europe to find the 34 works of widely varying artists now presented at Schirn Kunsthalle. The works span a period of more than 100 years.

Read more: King of the Animals: the Willhem Kuhnert retrospective

Contemporary artists often take a different point of view to impressionistic landscape painters of the past, for instance, with an approach much more critical of civilization, sometimes taking a clear political stand. 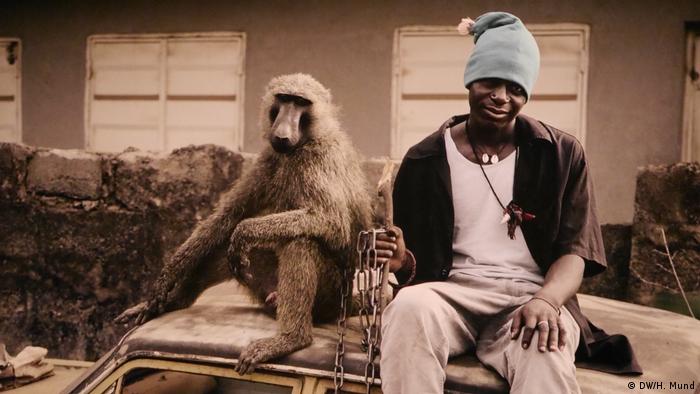 Many artists deliberately left their studios to paint in the wild, others were inspired during their travels by nature left untouched.

Click on the picture gallery for a selection of works by some of these revered international artists.

Wildlife conservationists have called on China to reinstate the ban, saying it undermines international norms. But Beijing has defended its decision, claiming the animal parts are useful for scientific research. (30.10.2018)

The WWF has published its biennial report on the state of life on Earth and the threats to it. Digging into the data, we highlight what you need know about the state of the planet's animals. (30.10.2018)

"We have lost all understanding of nature:" the fascination with wilderness in art

Paintings, sculptures, photographs, from Georgia O'Keefe to Max Ernst and Gerhard Richter — images from the wilderness in the arts from 1900 to the present day. (02.11.2018)

Weeks after the removal of an artwork containing antisemitic depictions, Sabine Schormann, director general of documenta, defends the leadership team's response to the controversy.