In Germany, Chinese dissidents can live and work freely. For author Ye Fu, that means he can spend a pleasant enough fellowship year in Cologne. However, true happiness lies elsewhere for him. 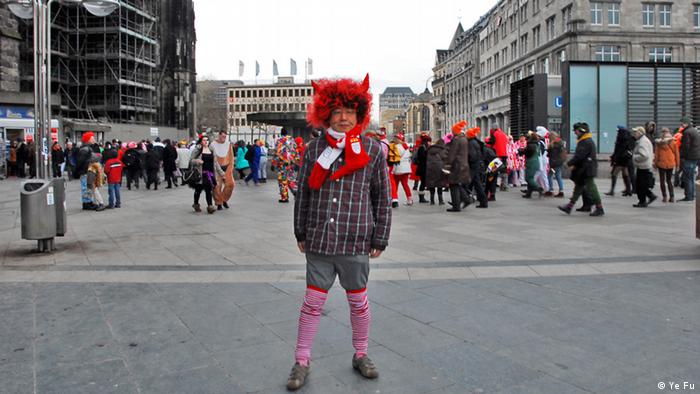 Carnival in Cologne: people dressed in costumes celebrate outside as Zheng Shiping sits on the couch in his apartment. Like many Chinese authors, Zheng Shiping has a pseudonym, and just happens to fit well with the idea of carnival. It is Ye Fu, or "Wild Guy" in English.

But Zheng, aka Ye Fu, looks anything but crazy, with his dark grey jeans and light grey sweater. His short hair is cut to a single length, and he wears retro glasses. A writer friend of his once described him well, saying he was a mix between a representative of the working class and an intellectual.

Ye Fu has made a name for himself in the last few years with his stories and essays which draw on his own life. Not long ago, he received a fellowship to live in Cologne for one year from the recently-founded Academy of the Arts of the World.

Through rumination over his own past, Ye Fu grapples with China's recent history. Ye Fu belongs to those authors who loudly and openly state their opinion, and declare a pressing need for political change.

From policeman to prisoner

But Ye Fu didn't always belong to this group of writers. After studying literature, 26-year-old Ye Fu started working at the police station.

"As the personal assistant of a local police chief, I had a good chance to make a career for myself," the writer says grinning 25 years later. Needless to say, he passed on the opportunity.

The turning point came in 1989, when, as a student, he joined with demonstrators protesting for democracy and freedom of expression at Tiananmen Square in Beijing. 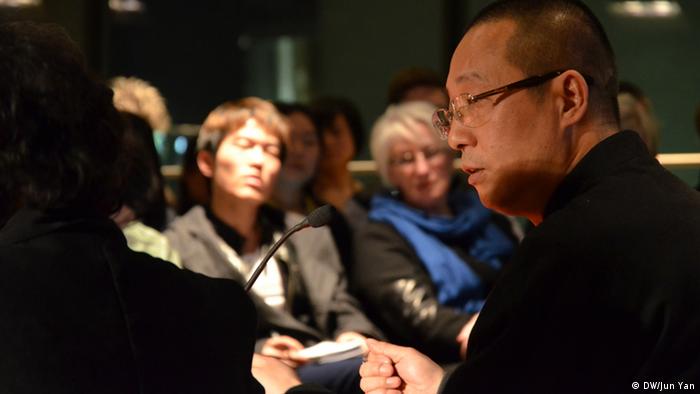 In his essay "Romantic love in revolutionary times" ("Geming shiqi de langman aiqing"), Ye Fu combines a love story with his fall from policeman to prisoner. As a member of the security forces, his job had been to police demonstrations in the southern island province of Hainan.

But he ended up falling in love with a journalist. And when they both found out about the massacre in Beijing on June 4, 1989, Ye Fu decided that he no longer wanted to be a lackey for the system, and quit his job.

His idealism led to six years in prison, during which time his father died. Ye Fu's mother committed suicide shortly after his release. This was an unbearable, painful loss, which he worked through in his famous essay "My mother on the river" ("Jiangshang de muqin").

With this essay, Ye Fu was the first mainland Chinese writer to win first prize in the nonfiction literature category of the Taipei International Book Exhibition in 2010.

But despite his success as an author, Ye Fu earns his money writing television series. And he earns very well; for a 45-minute episode, he earns about the same amount of money a person with a normal office job would earn in a whole year. This allows him the freedom to write whatever and whenever he wants.

From his couch in his apartment, Ye Fu looks placidly over the Rhine River, observing the partygoers moving through the streets in brightly-colored costumes. Somehow, it reminds him of the pro-democracy movement in China in 1989.


"The mood in China at that time was similar - like a long carnival party," he said. "The young people went out only late at night - daytime was just too hot," Ye Fu added. "They met with each other in the twilight, like young lovers: on time, and full of passion."

To this day, Ye Fu allows himself to be swept away in the passion of the moment. He says on one of the days of carnival, he donned a glaring red, curly-haired devil's wig, a red-and-white shawl with Cologne's coat of arms, and long, red-and-white striped stockings, and mingled amongst the carnival revelers.

One element of the festivities especially impressed him: how quickly male and female strangers became couples. He openly stated on his micro-blog, with 390,000 subscribers, that he was quite jealous of the "loons," as people who celebrate carnival are often called. 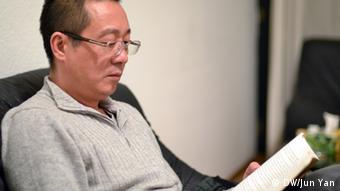 Ye Fu was a policeman with a promising future, before Tiananmen happened

Ye Fu is happy about being open. He's convinced that openness toward oneself is the basis of an open society. He's also convinced that democracy and universal values can become established in Chinese society.

In search of happiness

Ye Fu lives in nice house in the idyllic city of Dali in the southwest province of Yunnan. There, he is able to devote himself to his literature. Through his open-hearted remarks, he continually attracts the attention of the Chinese authorities - some of his books are banned.

In politically sensitive times, like during the yearly People's Congress, he is not allowed to travel to Beijing. And he's regularly invited by state security to "a cup of tea" - a euphemism for a round of questioning by the secret police.

Many Chinese dissidents, such as Ye Fu's friend and writer Liao Yiwu, have found a new home in Germany. But Ye Fu doesn't intend to stay.

"Even if I risk getting thrown back in prison, I'll still go back," he said. "It's hard for me to find the happiness I have in China elsewhere," he added. And what is happy for him? "My friends and the food!"

Chinese author Mo Yan will receive the Nobel Prize for Literature on Monday, December 10. His works have been inspired by stories from his home village and are not only praised but criticized as well. (07.12.2012)

Hada, a high-profile dissident from Inner Mongolia, has been detained by authorities for nearly two years after having spent 15 years in prison. His wife hopes for change following the recent party congress. (28.11.2012)

Liao Yiwu has accepted the 2012 Peace Prize of the German Book Trade. The author, now residing in Berlin, sheds light on China's dark side and gives a voice to those left behind by the country's rapid economic rise. (14.10.2012)