Chinese author Mo Yan will receive the Nobel Prize for Literature on Monday, December 10. His works have been inspired by stories from his home village and are not only praised but criticized as well. 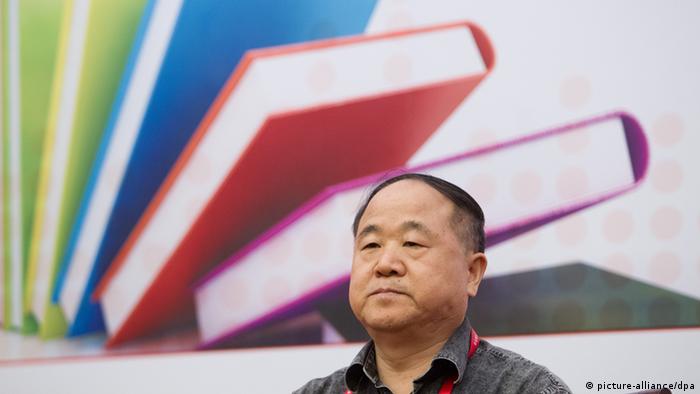 Mo Yan was born with the name Guan Moye in the year 1955 in the eastern Chinese province of Shandong. His pen name is Mo Yan, which translated, roughly means "without words" or "keeping quiet."

But Mo Yan has more than enough words - he is considered to be one of China's modern literary artists. Dorothea Wippermann, a sinologist from Frankfurt, is a true fan of his books: "The texts are like an explosion of creative ideas. But they are down to earth just enough." The Nobel jury could have said the same thing. The author "unites folktales, history and present using hallucinatory realism" is what they said instead.

Shaped by the Cultural Revolution

Critics and fans alike agree that Mo Yan is great story teller. The content of his stories are inspired from tales from his village. Mo Yan grew up in a family of farmers. The poverty and the severity of the people in his village made their impression on him. He had to leave school after the fifth grade because of the Cultural Revolution. At the age of 20, he joined the army. That is where he began to write. He even studied at the People's Liberation Army's college for art. 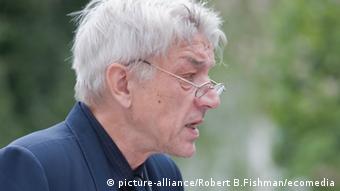 The last time Mo Yan made an appearance in Germany was in 2009, when he travelled to the Frankfurt Book Fair as a member of the Chinese delegation. As the Chinese representatives left a symposium in a show of protest that Chinese dissidents had also been invited to the fair, Mo Yan marched right out with them. Chinese intellectuals criticized him for that act. He defended himself by referring to the special obligations one still has in China today. It was, after all, the Beijing Ministry of Culture that was paying for his health and social insurance, he added.

Wolfgang Kubin, a sinologist at the University of Bonn, is author of a book, "History of Chinese Literature of the 20th Century ["Geschichte der chinesischen Literatur des 20. Jahrhunderts"] and is thus very well acquainted with Mo Yan's works.

"The Red Sorghum Clan has characters who praise the Chinese Communist Party. That is quite embarrassing," Kubin told DW in reference to Mo Yan's most well-known novel. The Red Sorghum Clan became famous in Germany after Zhang Yimou's filming, which received the German film prize, the Golden Bear, in 1988. According to Kubin, Mo Yan's popularity in West has a lot to do with the person who translated his works, Howard Goldblatt. Kubin said his translations were better than the Chinese originals.

Professor Kubin accuses the Nobel laureate of trying to appeal to the masses by writing mainstream novels. He said this was not true modern literature.

Professor Wippermann, nonetheless, thinks Mo Yan's works are gripping, "because he portrays the cruelty and brutality of Chinese society - social injustices and victimization."

In his latest novel, Frog, from the year 2009, Mo Yan talks about China's strict one-child-policy. The work of the narrator of the fate of the common man does not fit well on the country's political shelf.

The Chinese writer Mo Yan has been awarded the Nobel Prize for Literature. DW spoke to Dr. Wolfgang Kubin, Professor of Sinology at Bonn University, shortly after the Nobel Committee made its announcement. (12.10.2012)

This year's winner of the Nobel Prize for literature has been announced. Chinese author Mo Yan is the 111th winner of the prestigious accolade. (11.10.2012)