The stereotypical urban planner has a reputation for pushing pencils rather than downing shots. But urban scientist Jakob F. Schmid explains why they should care what goes on in their cities' bars and clubs after hours. 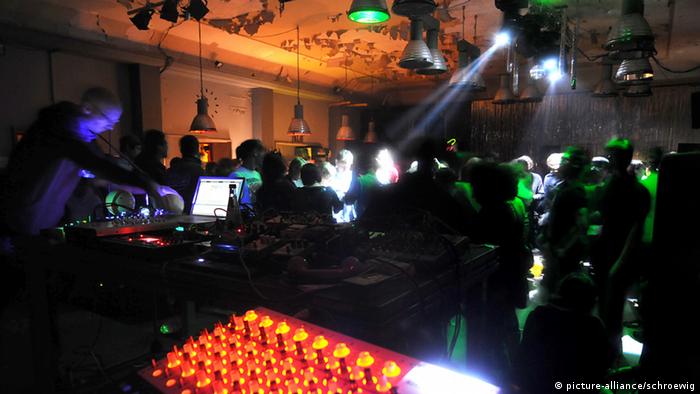 DW: You would like to establish nightlife as part of urban planning. Why is that?

Jakob F. Schmid: Nightlife is often considered an urban indicator and is important to any city. On the other hand, the night economy - that is, clubs, pubs and discos - also create specific problems for many cities. The keyword here is noise pollution.

These issues are often spatial, which make them a fundamental part of urban planning. That aside, nightlife often defines the character of entire streets or districts. In German-speaking countries, there isn't a great deal of research on the issue and the discourse about it tends to be problem-focused and very restrictive. Unlike areas such as retail, local authorities and urban planners know very little about the patterns of the night economy. With our research project "City After Eight" we want to make an impact and offer formula-based recommendations for urban planning and city marketing. 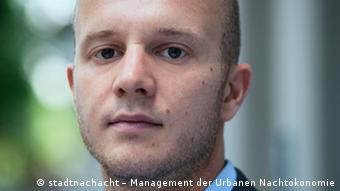 What do you already know about the importance of the night economy?

Following preliminary research into 12 German major cities we are now working on three in-depth case studies. There has been recognition of the importance of the night economy, particularly in Berlin. There is also a well-established discourse between urban policy makers, industry and lobby groups. The stakeholders know very well why Berlin is so popular among young people, even if there are no reliable figures.

A publication in 2009 suggested that around 10,000 visitors to the city per weekend came to "go out" - purposely coming not in order to sightsee, but to party. Here in Hamburg we have in St. Pauli an established entertainment district which is also integral for tourism. The nightlife of an area has always been essential to its image, and travel guides always have separate chapters dedicated to nightlife as opposed to just drinking and eating. 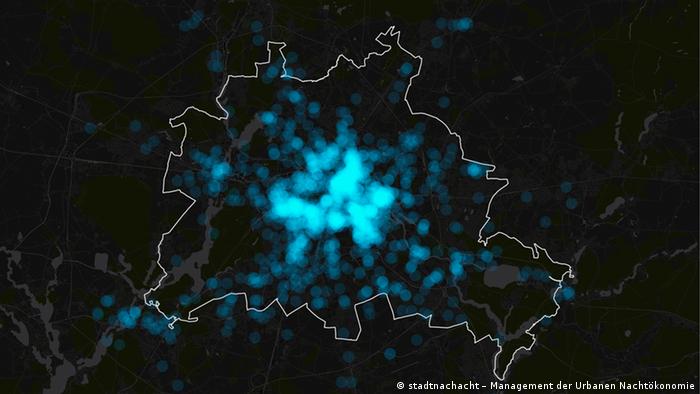 Nightlife in Berlin, in light centers

You have graphically represented the nightlife in 12 cities. What do these maps tell us?

Nightlife operators are mapped in quite a simple way, with online recommendation platforms as the basis for the data. We wanted to get an overall picture of the focus cities during the preliminary research. In Berlin, for example, there is not just one hotspot as in other cities, but the nightlife is spread over different areas.

In the typical German city, the nightlife is often focused on the city center, usually on the streets directly surrounding the center proper. In these areas, the quality of the location is the same, but the rent prices are significantly lower. 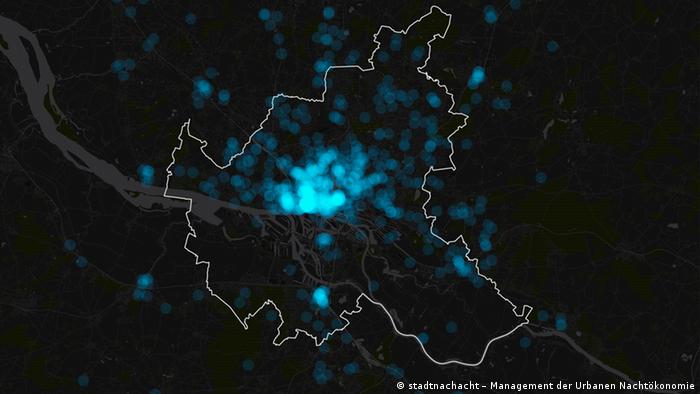 The traditional focus of Hamburg's nightlife is the St. Pauli district

You mentionedBerlin, but isn't Berlin singular as a party city?

In this context, Berlin is of course very important. It is singular, in fact, and that is why we have also chosen Munich, Cologne and Mannheim as case studies in order to realize an average across German cities. Especially in relation to free space, Berlin is unique. And open spaces need to be understood both literally and in terms of financial impact.

Here in Hamburg - as with other large cities - we have the problem that the nightlife, particularly music-related nightlife, is in high demand but the number of venues is decreasing. The result means that things are only possible that are commercially profitable. But an attractive and inclusive nightlife distinguishes itself with a vibrant scene in which creating new things is possible. 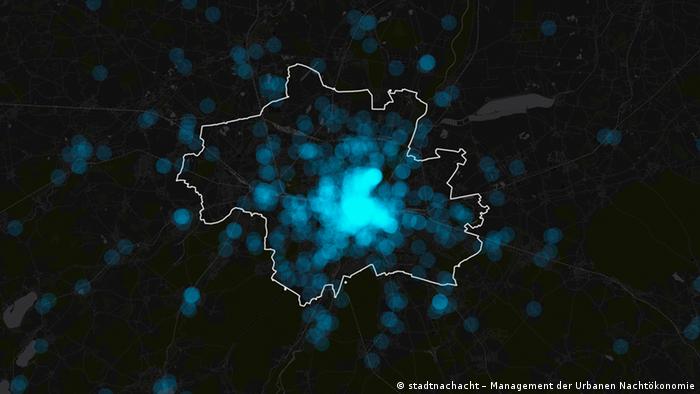 The cluster structure in Munich at night

What are the benefits of research into nightlife?

Since the late 1980s the UK has had a discourse focused on the nighttime economy. When the suburbanization wave peaked in the late 1980s and the inner cities were left dead after work, English town planners understood that, to develop attractive city centers again, they needed to function as spatial and ideal centers of urban society. Also, the importance of the nightlife in London in relation to tourism has long been understood. There have been similar discussions in cities such as Paris and Amsterdam. 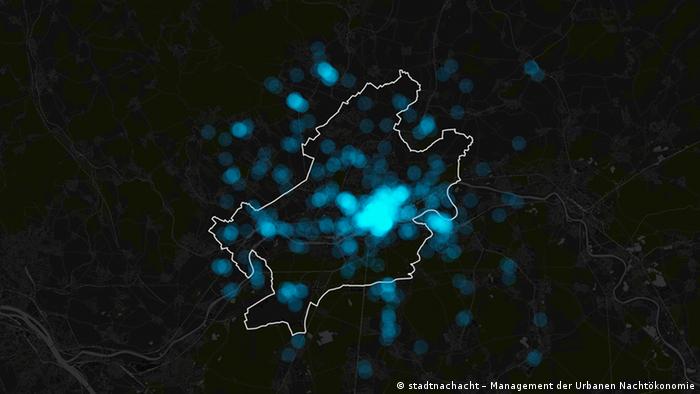 Can nightlife be controlled?

That is, of course, the question. Similarly, you could ask whether it should be. It is clear that city planning - and, by extension, broader urban development policy - is of great importance when it comes to preventing or promoting nightlife. Even if the activity involves not becoming very active.

In many cities, the current nightlight priorities have developed due to an absence of urban planning. The issue for urban planners and municipalities is that they first need information and an understanding of the context to answer such questions. However, there is not enough basic knowledge about the interrelationships. We have already discussed the missing figures.

In addition, the topic is, of course, very complex. For example, factors such as gentrification play a significant role in many places. Another hurdle is, of course, the fascinating question: When I speak with a student about nightlife they have something different in mind than a 65-year old town planning manager. In the municipalities, finding contacts is difficult - often nobody feels responsible or capable of speaking. That should change.

Town planners, study the nightlife! Seriously, municipalities should know more about this subject - and to ensure that we want to create the foundations.

Jakob F. Schmid is a freelance urban planner. As a researcher at the HafenCity University Hamburg, he directs the "City After Eight - Management of the Urban Night Economy" project with Thomas Krüger, which is funded by the German government.