Why the world is talking about Georgian wine

After 8,000 years, Georgians are still making wine as they used to in clay pots buried underground. DW's Sarah Hucal took a trip to Georgian wine country in the South Caucasus to see what it’s all about. 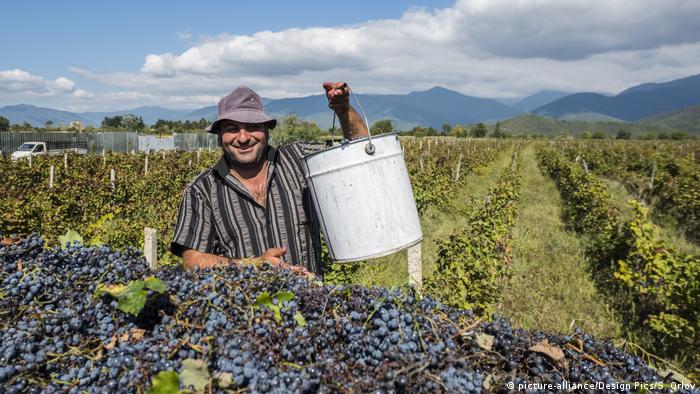 With the rugged beauty of the Caucasus Mountains, mouth-watering food and a unique architectural mélange that places it at the crossroads between East and West, it’s no surprise that Georgia’s tourism industry is booming. In 2018, eight million people traveled to the country in the South Caucasus, up 9.8% from the previous year, per the country’s tourism board. Yet, while many may come for the striking nature or perhaps Tbilisi’s bustling nightlife, there’s something else they are likely to seek out: wine. 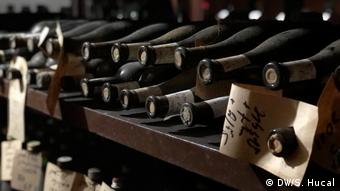 Wine is linked to nearly every aspect of Georgian history and culture. "When a baby comes into the family we bless his life by wine. When he starts talking he has permission to taste wine. When he passes away he will be blessed with wine; all his life, wine is surrounding him," explained tour guide David Luashvili. David runs wine tours from his hometown of Telavi in the region of Kakheti, Georgia’s wine epicenter. He also has his own small vineyard and produces wine for friends and tourists who are lucky enough to taste it before he runs out for the year.

Today, many Georgians like David produce their own wine, not to be put on the market, but simply to be shared with friends, family and even strangers. The annual harvest, which takes place in the fall, is a major family affair, as well as a popular time of year for wine tourism. 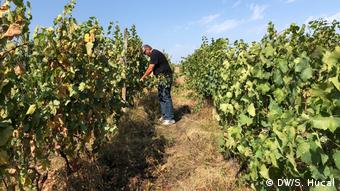 For those interested in learning about Georgian winemaking first-hand, a trip through the lush Kakheti region — also known as the "cradle of wine," ideally with a guide who can arrange tastings and help translate — is a must. Trips can be made to and from Tbilisi, a two-hour drive, but are best spent at a leisurely pace with a stopover for the night in the towns of Telavi or Signagi, which allows for plenty of time to visit several vineyards. In this picturesque region at the foot of the Caucasus mountain range, weather conditions are ideal for growing the hundreds of varieties of grapes Georgians covet — there's quite a lot to taste!

Kartlos Chabashvili, founder of Inter Georgia travel agency, which often does trips to Kakheti, has seen an increase in the number of European tourists interested in wine tours. "Europeans also have good wine and whoever knows the value of wine comes to try and taste Georgian traditional wine which is a very unique and old tradition," he said.

A member of the family

Some even say that wine was invented in Georgia. And indeed, there is evidence suggesting this may be true. In 2017, scientists exploring a Neolithic village 32 kilometers (20 miles) south of Tbilisi found an 8,000-year-old grape seed in a clay pot, making it the world’s oldest evidence of winemaking. 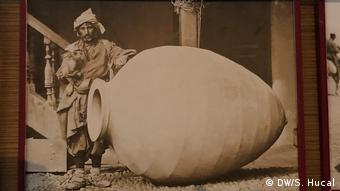 Fast forward to the 21st century and Georgians still prefer their unique method of making wine in egg-shaped clay vessels called "qvevri" which are buried underground to maintain a steady temperature.

The qvevri, which come in different sizes but are most commonly around 800 liters (211 gallons), are filled with the freshly-squeezed juice and typically pressed by foot. The seeds, stems and skin and juice are all poured into the vessel together, which is then buried for six months. Inside, the wine ferments and filtrates naturally, with stems, seeds and skin slowly falling to the bottom of the vessel due to its shape. 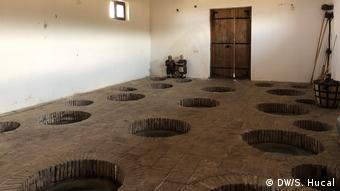 It’s a world apart from European winemaking methods, which usually involve wooden barrels and more complex filtration methods (although some of the larger Georgian vineyards also apply European techniques). The process is so unique that in 2013, the qvevri wine-making tradition was placed on the UNESCO intangible cultural heritage list for its significance and importance in the country’s history and culture.

Vineyards are often passed down from generation to generation, and children learn the ways of the vine from a young age. "Although he had three children, my grandfather always said he actually had a fourth: his vineyard, which he spent all his life taking care of," explained Chabashvili.

"We never say wine is something material, to us, it’s like a life," he explained. "We don’t say qvevri is 'buried' underground, we say it is 'planted,' because it’s alive," he added. 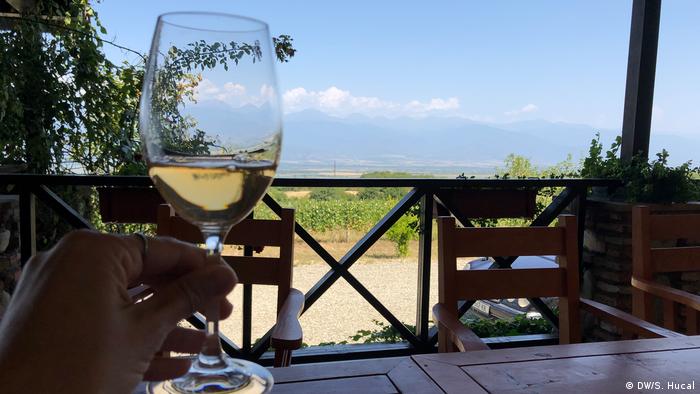 Traditional Georgian wine comes in either red or amber colors

The most popular variety is Saperavi, a red grape that creates an almost too-drinkable fruity juice. There are, of course, also white varietals such as Mtsvane and Tsolikauri, which are actually amber in color, since the skin and seeds are not separated from the squeezed juice in the qvevri, leading to the richer hue. 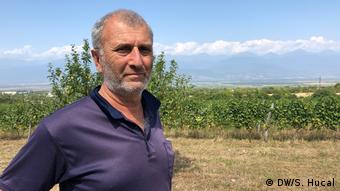 Kohutsishivili has been practicing his craft for 35 years

At Shalauri vineyards, 60-year-old winemaker Zakhro Kohutsishivili has been practicing his craft for 35 years. Despite only producing around 20,000 bottles a year, his small vineyards have shipped wine to Germany, Japan and even the US. "I don’t know how they find me because I don’t do any advertising," he told DW. Small vineyards such as his, which still use all-natural methods, tend to be the most popular with tourists looking for the traditional Georgian wine experience.

Mosmieri, a larger vineyard that produces over 100,000 bottles per year and uses both European and Georgian methods, relies on exporting wine abroad to Germany, Belgium and the Netherlands. "Georgians don’t like to pay for wine," explains manager Nino Tsignadze. "Now, our main goal is China because a few years ago they weren’t drinking wine at all, but in 2017 they were in second place." Chinese sommeliers often visit the vineyard, she added. 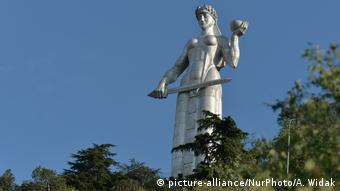 Mother of Georgia towers over Tbilisi

Towering over Tbilisi is the 20-meter-tall (65 ft) "Kartlis Deda" (Mother of Georgia) statue. In one hand, she holds a cup of wine — an offering to friends. Hospitality is a sacred concept in Georgia; in the past in the Kakheti region, strangers in search of water would be greeted with a jug of white wine to quench their thirst. But in her other hand, she holds a sword — a warning to enemies. There have been many in the small country’s history. "All the big invaders tried to destroy vineyards; the Russian empire tried to forbid to make Georgian wine and spirits," said Chabashvili. "But they couldn’t change anything because secretly in the villages people were doing it anyway. Georgia without winemaking is just unimaginable."

Georgia: The battle for the soul of Tbilisi