Why the US is parking local Afghan support staff in third countries | Asia | An in-depth look at news from across the continent | DW | 28.08.2021 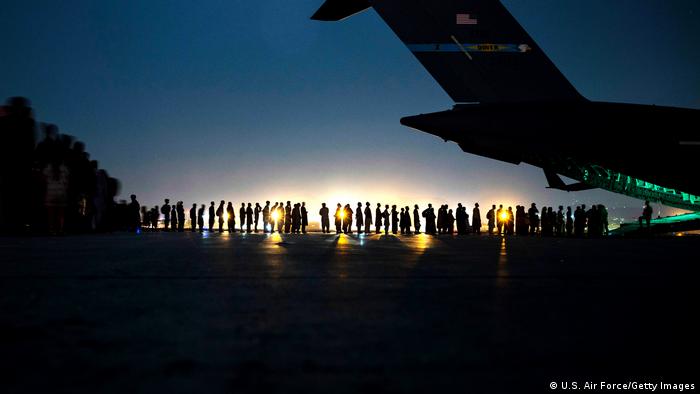 People have been evacuated from Afghanistan to countries around the world

The United States and its allies have brought more than 100,000 people out of Kabul since the militant Islamist Taliban took power in mid-August. The majority have been flown out by the American military and have initially been distributed around various military bases in the Middle East and Europe.

The US military has stated that by Thursday evening, 14,500 people had arrived from Afghanistan at Ramstein in Germany alone, the largest US air base outside America. A total of 3,500 have already traveled on to the US, it said.

Afghans, however, were not among them. Local Afghan staff — people who worked for the military, diplomatic institutions, or other US organizations — and their families will for now remain billeted at the military base near Kaiserslautern.

Tens of thousands of US local staff have been evacuated, but so far only about 1,200 of these have actually arrived in America. The American government says Germany is just a transit country, but it is still unclear where the refugees currently waiting in Ramstein will be taken next.

The US government apparently aims to distribute as many local staff as possible to third countries around the world until their visa applications have been checked and approved. Late last week, US Secretary of State Anthony Blinken announced that 12 partner countries had already agreed to accept US local staff for this purpose: Albania, Canada, Costa Rica, Chile, Kosovo, North Macedonia, Mexico, Poland, Qatar, Rwanda, Ukraine, Uganda and Colombia. The first evacuated US support staff have arrived in Uganda

The first Afghan families have already arrived in Uganda, which plans to take in a total of 2,000 people. Colombia has agreed to host 4,000 Afghans while their visa applications are processed. US President Joe Biden has stated that while they are there, they will undergo careful examination — medical and, above all, to check that they are indeed eligible for a visa.

The US has had a Special Immigrant Visa (SIV) program for local Afghan employees since 2009. This is supposed to make it easier for them to obtain a permanent residence permit for the US. To date, around 76,000 Afghans have been granted SIVs. In late June of this year, the American government relaxed the program's admission criteria to include people who had worked for US organizations for only a short period of time.

However, Washington has not yet complied with international demands that it establish a simplified admission procedure for human rights activists, journalists and other particularly vulnerable groups. Despite this, J.C. Hendrickson of the non-governmental organization International Rescue Committee told the US political magazine Foreign Policy that as many as 100,000 more Afghans may be eligible for an SIV.

Alex Nowrasteh, a migration expert at the libertarian US think tank The Cato Institute, says that over the past 20 years the number of people who have acquired at least a theoretical right to an SIV is in fact much greater.

However, as he explained on the Cato Daily podcast in mid-August, only a fraction of them are likely to be able to claim it: "It's just so difficult, so expensive, and it requires proving that you worked for the United States military for a certain period of time. And, shockingly, the US military has actually not kept good records of this."

In many cases, he said, there were no records of contracts or wages paid to Afghan staff. Either these had not been documented at all, or the records had since been destroyed. Nowrasteh said he did not wish to imply intent, but that he found it hard to come up with any other explanation. "The way the process has been set up, the way that the bureaucracy runs the situation, it's as if they don't want anybody to come over," he commented.

Electioneering around the Afghan crisis

Many are wondering why Biden, supposedly a supporter of a more open immigration policy, is not making it easier for the Afghans to come to the US. In an analysis piece for CNN, journalist Maeve Reston comments that immigration policy has been a volatile political issue for the Biden administration since well before the fall of Kabul. His predecessor, Donald Trump, is already campaigning again with an eye on the 2024 presidential election, and Reston says that if Biden accepts large numbers of Afghan refugees, Trump may accuse him of not acting in the United States' interests. 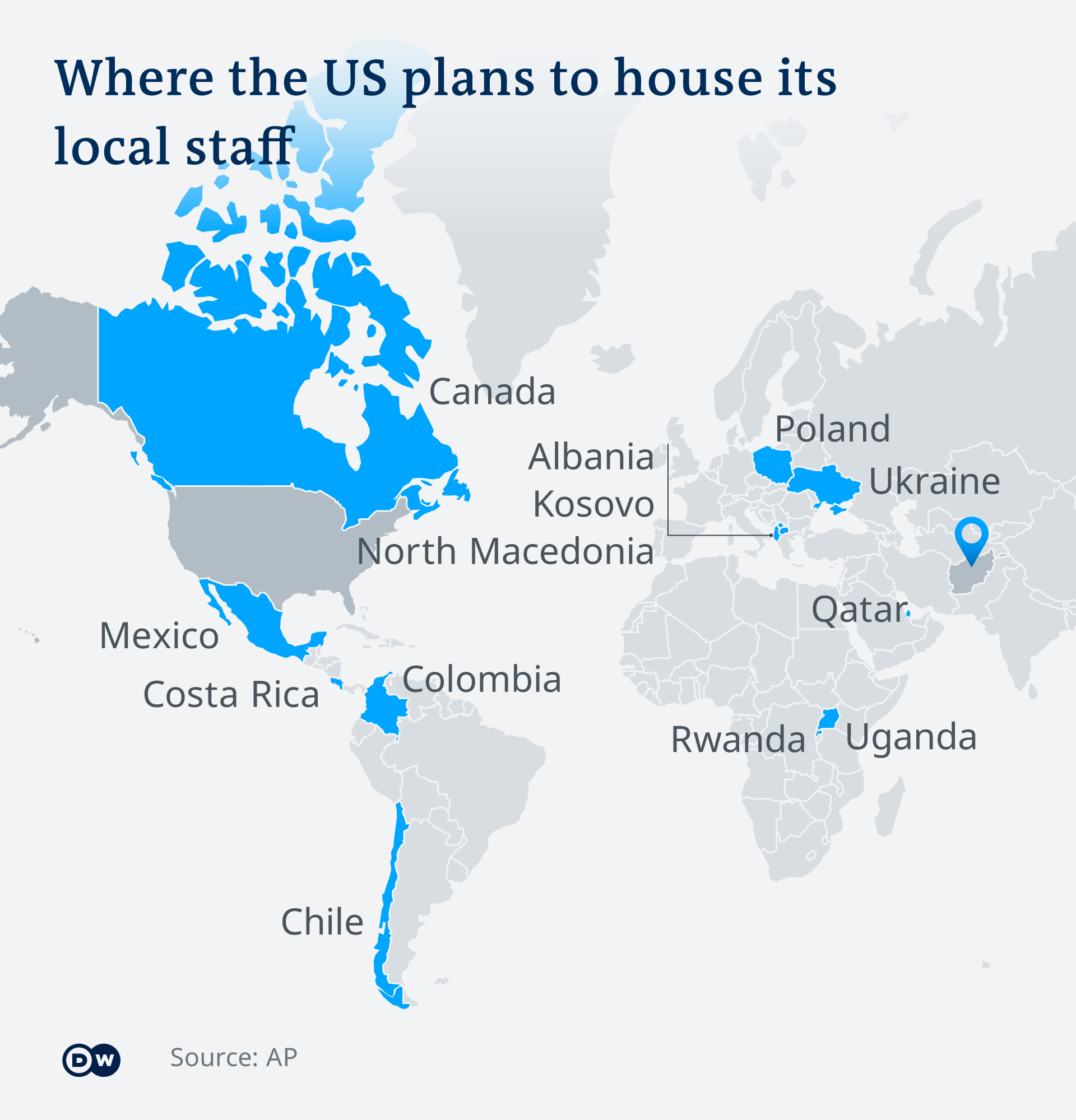 Nowrasteh told DW that he believes the Biden administration also fears a spread of existing anti-migration sentiment in the US. He writes that Biden apparently sees parallels with 2015/2016 in Europe, when large numbers of refugees arrived on the continent, though he underlines that any such comparison is absurd.

There are several reasons why the US is initially taking refugees to other countries. Firstly, he says, Biden wants to create the impression that the burden is being shared internationally. But there are also practical considerations, he says, in that it is easier to deport rejected applicants to Afghanistan if they are not in the United States, where they have more rights than in Uganda, for example.

Nowrasteh is calling for the visa process for Afghan refugees to be simplified. A recent article of his bore the title "There Is No Good Reason to Block Afghan Refugees."

US Rep. Adam Kinzinger takes a similar view. "Refugees to this country have always been the ones that are extremely entrepreneurial," he said in an interview with CNN. "We all know that. They come here. They work hard. They fight hard for success." Journalist Arthur Herman made a similar argument in a Wall Street Journal op-ed piece, "Help Afghan Refugees and They'll Help America."

Kinzinger is raising funds to help Afghan families resettle and build new a life in the US. The Republican congressman has commented that the excessive bureaucracy involved is a problem President Biden has inherited.

He pointed out that the processing of Afghan SIV applications was excessively slow even under Barack Obama, but that the problem had become far worse under Donald Trump. Now, he said, it was up to Biden to change that. Kinzinger has also strongly condemned fearmongering about refugees in politics and the media, describing it as "not American."