Why is northern Afghanistan increasingly unstable? | Asia | An in-depth look at news from across the continent | DW | 01.03.2017 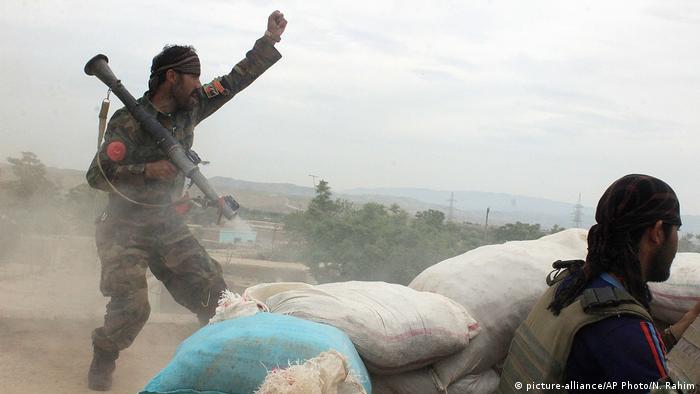 Once considered the safest region of Afghanistan, many northern provinces have transformed into the new battlefield between Afghan security forces and its armed opponents. Incidents of Taliban fighters storming district capitals and launching suicide attacks in cities like Kunduz, Mazar-e-Sharif and Maimana are becoming more frequent.

"The government controls Kunduz city and district centers but the Taliban are in charge of the rest of the province," Abdul Ahad Turyal Kakar, a member of the provincial council in Kunduz, told DW.

Local residents and officials from other northern provinces are facing a similar situation. They say that the Taliban and members of extremist groups from Central Asian countries like Uzbekistan and Tajikistan have now expanded their operations into northern Afghanistan and are establishing bases in provinces like Faryab.

"We know that members of foreign extremist groups like the ‘Islamic Movement of Uzbekistan' have moved to the Pashtun Kot district," Mohammad Arif Mowlani, a member of the Faryab provincial council, told DW.

"They target security forces and locals on a regular basis," he added. 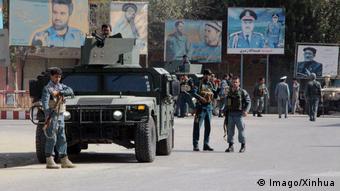 Locals and officials in Balkh - previously one of the safest provinces anywhere in Afghanistan - claim the province is no longer as stable as it used to be, with government opponents gaining more presence in districts. This would have been unthinkable just a few years ago when the Taliban were only focused on provinces close to the border between Afghanistan and Pakistan.

The Taliban are not the only worry for locals in Afghanistan's north. Locals and officials claim that fighters from the so-called "Islamic State" (IS) are becoming more active. This could pose a threat to not only the government in Kabul but also Afghanistan's northern neighbors like Uzbekistan, Tajikistan and Turkmenistan.

What is causing the current situation?

It is difficult for officials in Kabul to provide a clear explanation for the deteriorating situation in northern Afghanistan. The war has indeed become more complex, which has changed regional and international dynamics. Officials say that various extremist groups that find it difficult to operate in Central Asian countries move to Afghanistan to form an alliance with the Taliban and establish new bases in the conflict-ravaged nation.

An increased Russian involvement in Afghanistan has surprised many observers. What does Moscow want to achieve in the war-torn country? After Syria, is another US-Russia conflict being played out in a different arena? (03.01.2017)

Yunus Fakur, a Kabul-based analyst, believes the situation in north is also a result of the mistakes Kabul and its international allies have made in the past decade. He said that besides the Taliban and foreign insurgent groups, local commanders that are heavily armed and who fear irrelevance also pose a threat to the region.

"Post 2001, many local commanders in Afghan north remained heavily armed and whenever they feel that they don't get the support they need from Kabul, they join hands with the Taliban and other groups to insure their relevance," Fakur told DW.

A member of the provincial council in Balkh province, Mohammad Ibrahim Khairandish, added to Fakur's assessment. He told DW that in some cases, local officials and warlords are behind attacks in the province in an effort to get more support or military funding from Kabul. Locals and officials from other Afghan provinces have claimed the same but such claims are very difficult to verify.

According to Fakur, another factor is that the Taliban wanted to expand their operations to areas that do not share a border with Pakistan to prove the group is free from Pakistani influence. The Taliban, he said, moved far from their strongholds like Kandahar and Helmand provinces to act more independently.

Pakistan is accused of supporting the Taliban as a means of holding influence over the Afghan government and to pursue its proxy war against its regional rival India. Pakistan has always denied such accusations. 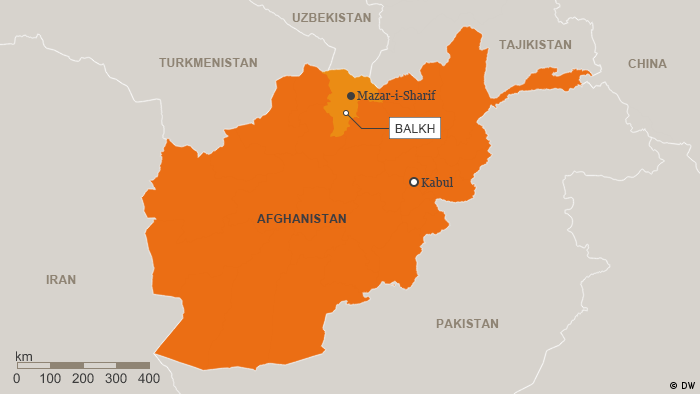 Is IS a threat in the Afghan north?

IS, mostly active in eastern Nangarhar province, has also been trying to expand its footprint in northern Afghan provinces since the group emerged in 2015. The terrorist group's activities in the region caused concerns among Central Asian countries, which have close relations with Moscow. According to experts, these concerns brought Russia and the Taliban closer - both of which consider the group a common enemy.

Michael Kugelman, an expert at the Washington-based Woodrow Wilson International Center for Scholars, said Russia is worried about a possible IS presence close to its borders and is therefore cooperating with the Taliban to curb the group's eventual expansion.

Experts, however, doubt that IS can pose a great threat to Afghanistan's neighboring countries or even the local governments in northern provinces.

"This all assumes that IS is an organization that could one day actually project a sustained and real threat in Afghanistan and across the broader region," Kugelman told DW, adding that IS' potential should not be oversold in Afghanistan.

Fakur, on the other hand, believes that Russia is using reports of IS activity close to its borders as a pretext to increase its presence close to Afghan border.

"Russia is using the current situation as an excuse to get more involved in Afghanistan," he said.