Why is Laos building Mekong dams it doesn't need? 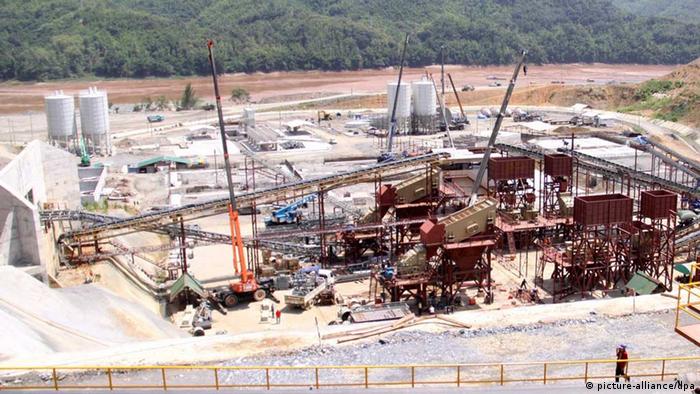 Construction of the Xayaburi dam was met with opposition by environmentalists

Thailand's economic slump during the coronavirus pandemic led to a drop in electricity demand, with officials estimating power reserves currently at 50% over total capacity.

Despite the surplus, hydroelectric dams are still being developed next door in Laos, Thailand's top provider of electricity.

Critics say the projects are not driven by real electricity demands but by profit-seeking energy stakeholders, including the Laotian government, which has ambitions for the country to become the "battery of Southeast Asia."

"There is an oversupply, so why do they still want to build dams? Nobody knows because there is no oversight," Pianporn Deetes, campaigns director at International Rivers, a conservation NGO, told DW.

This would not be an issue "in a country with a clear checking mechanism, environmental or public property laws," she added.

The Xayaburi Dam was the first of its kind to be built on the lower Mekong. It was built in Laos, but construction and financing were spearheaded by Thai companies.

For Thai construction firms and financial institutions, investing in hydroelectric projects is a highly lucrative business on the 2,390-kilometer (1,485-mile) river, which flows from China through Laos, Myanmar, Thailand and Cambodia before spilling out into Vietnam's Mekong Delta and the South China Sea. 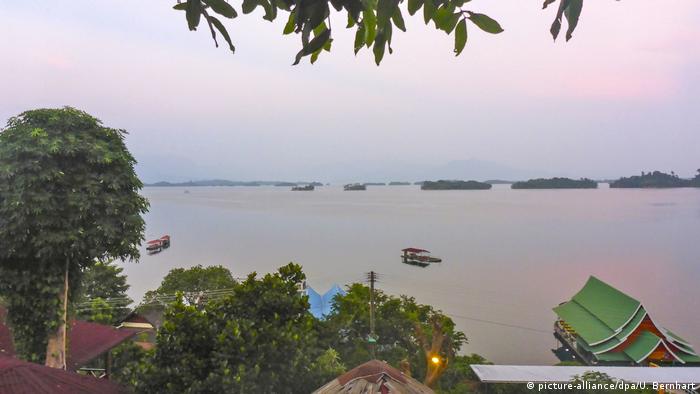 The Xayaburi Dam, which ended up costing $3.8 billion when it was finished in 2019,  expects to reap an estimated $466 million (€383 million) in annual revenue for the Xayaburi Power Company Limited (XPCL) over a 31-year period under a purchasing agreement with the Electricity Generating Authority of Thailand (EGAT).

The EGAT can also pass on costs of over investing in infrastructure to the consumer through tax hikes under Thailand's so-called "cost-plus tariff" system.

"This incentive spurs continual expansion in the system and a penchant to overstate demand," environmental studies scholars Danny Marks and Jun Zhang wrote in a 2019 article.

Laos has constructed more than 50 dams over the past 15 years.  Although the rampant construction in Laos has outpaced electricity demands, a further 50 dams are under construction in rivers and streams around the country.

Courtney Weatherby of the Southeast Asia and Energy, Water, and Sustainability program at the Stimson Center in Washington told DW that Thailand and Yunnan Province in China have had an electricity surplus in recent years, which has "resulted in limited short-term appetite to purchase more electricity from Laos."

The analyst added that around the region, the cost of alternative energy sources like solar power has also been "steadily dropping" and is far cheaper than many of the new hydroelectric power projects.

"The determination inside Laos to push ahead with a series of new large-scale hydropower projects even with no confirmed purchaser for the electricity can be seen as an addiction to familiar technologies and development processes," Weatherby said.

The latest Laotian dam project is the Chinese-funded Sanakham dam, which is under construction around 2 kilometers upstream from the border with Thailand.

Not all Thai government stakeholders are showing robust support for the new dam, said Brian Eyler, director of the Southeast Asia program at the Stimson Center.

The Office of National Water Resources of Thailand (ONWR), for instance, has warned the country might refuse to buy power from the dam, citing concerns over environmental impacts.

The opposition in Thailand to the Sanakham dam could spell the end of the project, even if investors are counting on Thailand's energy authority to be the primary customer of the power generated.

"The mainstream dams are so large that without a power market to support them, they will not be built. It's that simple," Eyler told DW.

"Investment will not show up without power purchase agreements, no matter how nicely construction companies and the Government of Laos show that the dams are moving along according to plan," he added.

A solution could be a regional boycott of electricity generated at new mainstream Mekong dams in tandem with a shift towards developing other renewable energy sources that would allow Laos to stay "on its pathway of becoming a battery for Southeast Asia," according to Eyler.

"Laos, as a landlocked state with few options, should not be left in the lurch," he added.