Why Iranian authorities force women to wear a veil | Middle East | News and analysis of events in the Arab world | DW | 21.12.2020

Why Iranian authorities force women to wear a veil

Iranian women are expected to wear veils in public — and also in ads. A recent clip featuring a woman without the hijab has led authorities to sanction its producers. Why does the veil play such a central role in Iran? 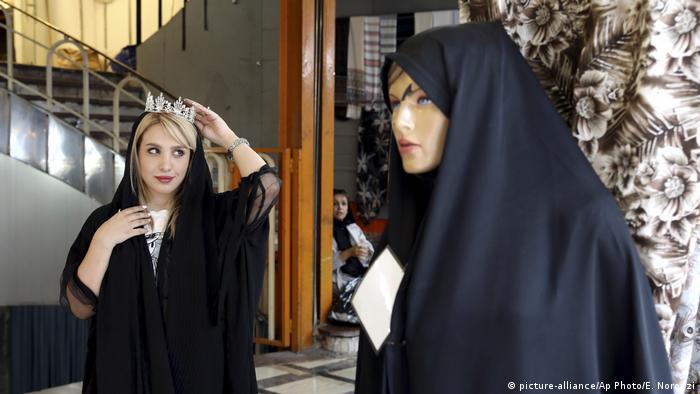 In Iran, women are required to wear modest clothing

For Shahram Karami, the prosecutor in the western Iranian city of Kermanshah, having a woman show her hair in a fashion advertisement is quite simply "immoral." He consequently ordered security and judicial authorities to go after all individuals involved in the production and distribution of the video. Persian-language US broadcaster Radio Farda has since reported that four persons have been detained in connection with the clip. 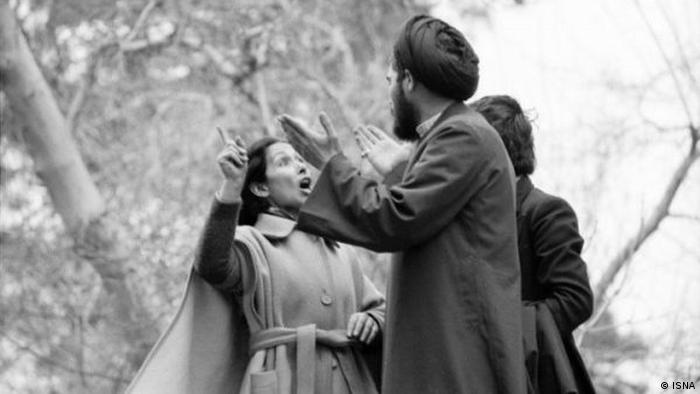 The arrests make clear the regime's determination to enforce its strict, conservative dress code for women. From the government's perspective, upholding this set of rules is tantamount to Iran's raison d'etat. Since the 1979 Islamic revolution, after all, the role of women in society constitutes a core pillar of Iranian state ideology.

Revolutionary leader Ayatollah Ruhollah Khomeini insisted women dress modestly, telling Italian journalist Oriana Fallaci in February 1979 that "the women who contributed to the revolution were and are women who wear modest clothes." Khomeini told the reporter "these coquettish women, who wear makeup and put their necks, hair and bodies on display in the streets, did not fight the Shah. They have done nothing righteous. They do not know how to be useful, neither to society, nor politically or vocationally. And the reason is because they distract and anger people by exposing themselves." 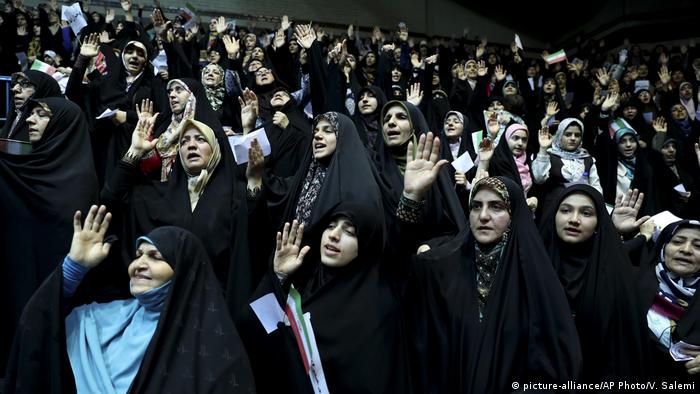 The 1979 revolution brought about major changes for Iranian women

It soon became clear that the Iranian revolutionaries wanted to establish a strictly conservative social order. They therefore reversed the Shah's move to put secular courts in charge of family matters, instead making this the prerogative of Iran's spiritual leaders once more.

Women's rights and the Iranian revolution

"Many women rejected this," political scientist Negar Mottahedeh tells DW. Her latest book, Whisper Tapes, builds on the observations of US journalist and feminist Kate Millet, who traveled through Iran shortly after the 1979 revolution. It details how "female lawyers, students and workers met to discuss their rights." In her work, Mottahedeh quotes one of the key slogans from the post-revolutionary women's movement: "We did not have a revolution to take a step backwards."

Khomeini and his supporters, however, cared little for women's rights. In their mind, Iranian women should be the very opposite of the liberal, emancipated women in the West. The revolutionaries not only wanted to free Iran from years of US political and economic influence but also promote the region's Islamic culture.

The veil became a hallmark of this new, old order — symbolizing Iran's decidedly anti-Western way of life. "The Islamic Revolution developed into a sexual counter-revolution, a fight over women's sexuality," writes US political scientist Hamideh Sedghi in her 2007 report Women and Politics in Iran: Veiling, Unveiling, and Reveiling. Sexuality had thus become a deeply politicized issue, with a strong anti-Western connotation. One of the slogans making the rounds in 1979 was: "Wear a veil, or we will punch your head." Another was: "Death to the unveiled." 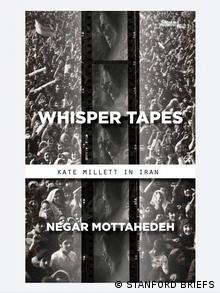 Khomeini began urging women to wear veils as early as spring 1979. In 1983, Parliament decided that women who do not cover their hair in public will be punished with 74 lashes. Since 1995, unveiled women can also be imprisoned for up to 60 days.

Mandatory veil wearing was bone out of a desire to establish an anti-Western societal order in Iran. Iranian women defying the rule were subsequently branded "Western whores," writes Hamideh Sedghi. Efforts to promote and enforce this ideal of "proper" Iranian women were designed to establish it as a societal norm. "Properly dressed women — a norm established by the regime — become the bearers of Iranian religious life, the state and society at large," says Negar Mottahedeh. 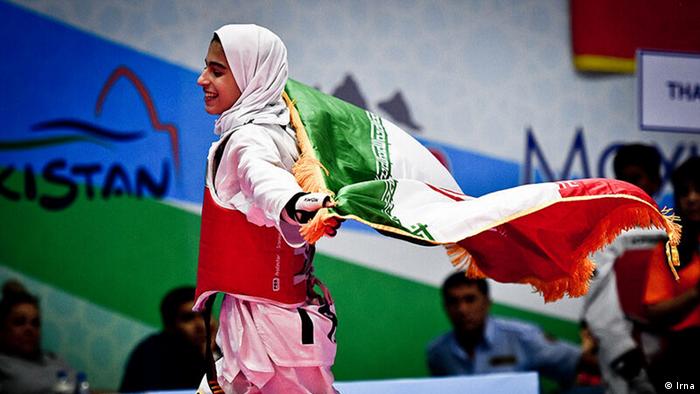 A growing number of Iranian men and women, however, reject this ideology imposed by Iran's religious leadership. "Women are protesting by no longer heeding the dress code," says Mottahedeh. "They are showing that they want to regain control over their own bodies. Choosing how they wear their hair, or whether they paint their fingernails or not, is their choice." Iranian women, she says, are adopting new ways to protest, and thus, forcing the regime to react. "This, in turn, provokes a response from Iranian women. The politics surrounding women's bodies is ever changing."

White Wednesdays founder Masih Alinejad: 'His crime is to be my brother'

"My brother has nothing to do with my campaign. He was not involved in any kind of political activity," Alinejad told DW after her brother Ali's arrest in Tehran on September 25. In 2013 DW honored Alinejad's blog.