Why India struggles to tackle 'witch-hunting'

The recent beheading of a woman highlights how common the practice of branding people as witches and killing them remains in parts of India. DW speaks to legal expert Indira Jaising about the reasons behind the killings. 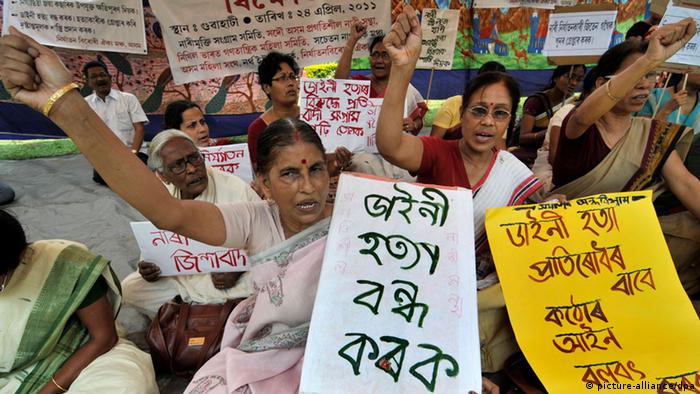 Despite special laws in some Indian states aimed at curbing crimes against people accused of witchcraft, Poni Orang, a 63-year-old mother of five, was tortured and beheaded by machete-wielding villagers in the northeastern state of Assam on July 20 after a group of 150 villagers descended on her home. 16 people, including nine women, were arrested in connection with the killing. Local priests had accused Orang of casting spells that caused people to fall ill.

Unfortunately, such crimes are not uncommon in parts of India, particularly among impoverished tribal communities, where some claim belief in witchcraft and the occult remains widespread. The victims, mostly women, are often abused and tortured, and in sometimes executed.

In a DW interview, Indira Jaising, a senior lawyer in the Indian Supreme Court, explains that while superstition is often made to be the main reason behind the killings, the crimes are actually often related to class and gender discrimination and used as a means to exact revenge. 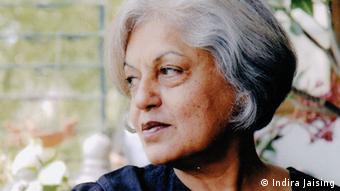 Jaising: 'Civil society and government should work together at grassroots level in order to change the mindset of the people'

Indira Jaising: Witchcraft is still widely believed to be practiced in India, though I am sure that there is no such thing as witches in the country. Nevertheless, it is mainly women who are the victims of violence and killings because of this practice. According to folklore, witches are born with innate magical powers, and newspaper reports state that people go to witches for medical treatment.

In this context, the recent case of self-styled religious leader Asaram Bapu is revealing. His disciples believe he has magical powers and they go to him for medical treatment. He is under trial right now for having sexually abused a minor girl during a so called healing session. But he will not be branded a "witch."

How common is the practice of branding men and women as witches and assaulting or killing them?

The Indian government's latest figures suggest that between 2000 and 2012, some 2,100 people, mostly women, were killed across the country after being accused of practising witchcraft. But while this mainly happens in certain pockets of a select few states with tribal communities, the practice is not a nationwide phenomenon

Witch-hunting has claimed over 130 lives in the state of Assam since 2002 - mainly women and has affected 17 of the 27 districts. In Chattisgarh, there were 1500 witch trials and 210 associated murders between 2001 and 2013. Often, the attacks are just an excuse for some form of discrimination or denial of rights.

In the eastern state of Odisha, the Maoist-affected areas are severely impacted by witch-hunting, though it happens in relatively prosperous and non-tribal belts, too. Besides these states, the practice is also a problem in Jharkhand, Haryana and Karnataka, as recorded by the National Crime Record Bureau (NCRB). .

A 63-year-old has been beheaded in India's eastern state of Assam after she was accused of being a witch. Over 2,000 people have been killed in the last two years for allegedly being involved with the occult and sorcery. (21.07.2015)

India nun rape: 'No religious angle to it'

The gang rape of an elderly Indian nun in eastern India has raised the question: was it a law-and-order incident, a result of communal tension, or simply gender violence? DW speaks to rights activist Saswati Ghosh. (20.03.2015)

According to Assam state government records, altogether 66 women have been killed in the name of witch-hunting between 2005 and May 2013. In 2013, 33.8 percent of murders in Jharkhand were related to witchcraft.

Why are these people killed?

Mainly women are made scapegoats for all the evils of society such as famine, drought, or lack of water in the wells. The reasons behind these incidents range from a patriarchal mindset to illiteracy, superstition and lack of healthcare. Most often, it is about the denial of property rights to women. There are occasions, for instance, when people - especially widows - are targeted for their land and property.

Sometimes, such crimes also take place among educated people and comparatively developed areas. Childless, unmarried or widowed women are particularly vulnerable to this form of violence.

Moreover, women who behave differently due to their mental health or hormonal change are seen as culprits of witchcraft. Families of girls who have a medical condition are taken for treatment to local medicine men and women. This is the consequence of the failure of the state in providing a decent and universal health service to those who need it most. Last but not least, witch-hunting is also a caste-based practice where the members of upper caste society try to stigmatize the poor and indigenous people by branding them as witches.

Why are the laws against such practices ineffective?

Various states already have their own laws against witchcraft and other unorthodox practices. The problem lies in their enforcement. For instance, in 15 percent of the cases registered in Assam since 2008, the investigation has met with a dead end, with the police claiming that no accused could be identified. Communities need to be empowered before a law for their benefit can be enforced. 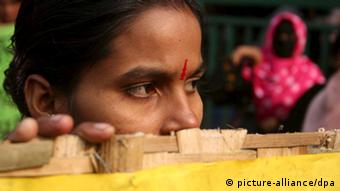 Mainly women are made scapegoats for all the evils of society such as famine, drought, or lack of water in the wells, says Jaising

What needs to be done to put an end to this type of crime?

"Witch-hunting" is just one of the many forms of violence against women. Inequality and gender-based discrimination are issues that need to be addressed at different levels starting from grassroots' awareness to better policy-making.

Civil society and government should work together at grassroots level in order to change the mindset of the people. This can happen through information, education and communication. Media is also a powerful tool. They can build community based organizations for prevention of "witch hunting" and for compensation, rehabilitation and re-integration of the victim and/or families of the victim.

Indira Jaising is a senior lawyer in the Indian Supreme Court and founder of Lawyers Collective, an India-based non-governmental organization that promotes human rights. She became the first woman to be appointed additional solicitor general of India.