A 63-year-old has been beheaded in India's eastern state of Assam after she was accused of being a witch. Over 2,000 people have been killed in the last two years for allegedly being involved with the occult and sorcery. 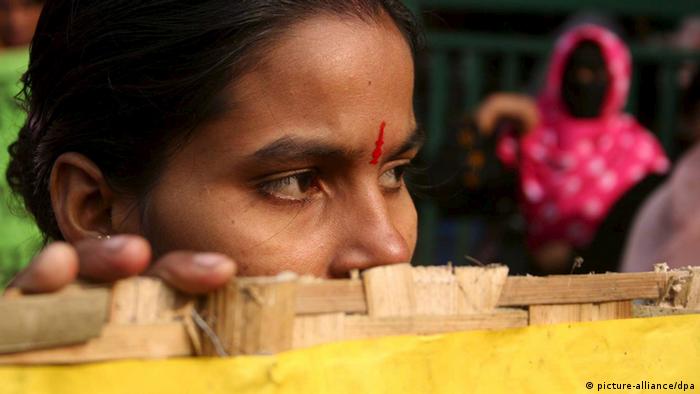 Moni Orang was attacked in Assam by around 150 villagers, who accused her of practicing witchcraft, police said on Tuesday.

Regional police chief Manabendra Rai said the mob had been instigated by another local woman, who claimed to be a "goddess" and said "Orang was bringing bad luck to the village."

"The villagers accused her of being a witch and alleged that it was due to her that many people in the village were falling ill," the police chief told the DPA news agency over the telephone. The attackers were armed with machetes and similar implements and took her away from her house on Monday morning. "She was decapitated and her limbs were chopped off," Rai said.

The victim's husband said that his wife was innocent and that the village priests were responsible for stoking "suspicion and provocation."

The incident in Assam is the latest in a series of killings related to witch hunting in India. Last week, a couple and their four children were hacked to death for witchcraft in a village in Odisha, a state in the country's east. Villagers believed the couple had a role to play in making their children sick. Nine people were reprimanded by the police for the murders.

In another case in the same state, police found the remains of a man who was burnt to death by a mob for allegedly performing sorcery. Ten people were arrested.

Many villages in India's impoverished tribal-dominated states, like Assam and Jharkhand, believe in witchcraft, sorcery and the occult. In many cases, victims, often women, are stripped naked, burnt alive or driven away from their homes and killed.

So-called sorcerers are known to kidnap victims for human sacrifices, which they believe will appease deities. Last month, a mob in Assam lynched a "witch doctor" who was accused of beheading a five-year-old to appease the goddess Kali.

India has no specific laws to stop witch hunting. At least 2,100 people, mostly women, have been killed between 2000 and 2012 for practicing witchcraft, according to India's National Crime Records Bureau.

With experts pointing to a "growing pattern" of sorcery-related assaults, UN rights adviser Signe Poulsen tells DW the Papua New Guinea government is failing to protect the victims and bring the attackers to justice. (16.06.2014)