The suicide rate among the French police has been stubbornly high for many years. Now the government has bulked up its anti-suicide plan. But officers say that's not good enough. Lisa Louis reports from Paris. 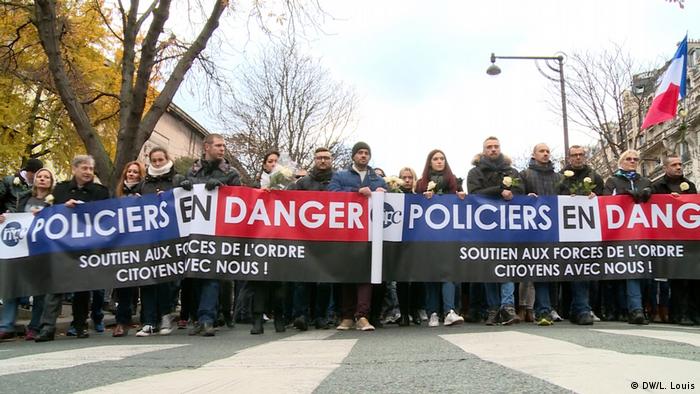 Maggy Biskupski is the latest name on a list of more than 50 police and military police officers who have taken their lives this year. Her suicide came as a surprise to many. The 36-year-old police officer was an icon in the fight against police suicides.

"She was always cheerful, never at a loss for words — you could 100 percent rely on her," her colleague and good friend Guillaume Lebeau told DW at a recent remembrance march in Paris. Hundreds of people had gathered carrying white roses, some wearing T-shirts with a printed picture of Biskupski.

"I have lost my partner — I'm left with a void. Maggy, we miss you — we love you!" Lebeau said in an emotional speech, wiping away his tears. The audience applauded. Then they stoked up France's national anthem, the Marseillaise. 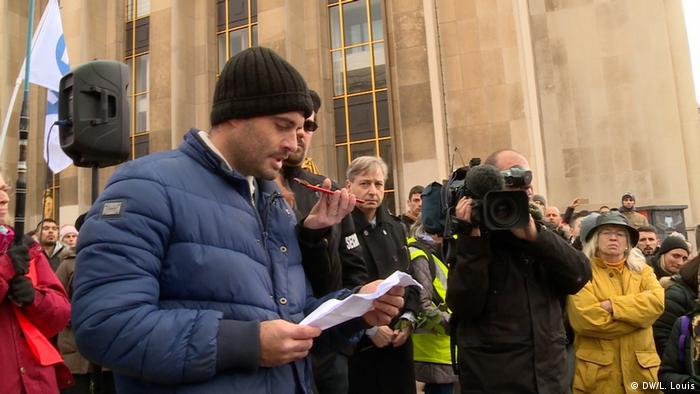 Lebeau and Biskupski were inseparable. She even texted him to say goodbye. "I refused to believe it, when I saw the message. I thought — no, not Maggy," Lebeau said. He sent an ambulance to her place, but it arrived too late.

DW had been in touch with Biskupski. She was supposed to take our camera team to the suburb where she worked. But a few days before our appointment, she took her own life. On the phone, she had told me about her difficult working conditions.

"It's catastrophic — suburbs like this one are lawless areas. Some of the inhabitants hate the police and keep attacking us. We can't live where we work; it would be too dangerous for us and our family," she had said.

Together they had campaigned against the police's deteriorating working conditions. Lebeau believes they were one of the main reasons for Biskupski's suicide.

"Some of our police cars have hundreds of thousands of kilometers on the meter. We can't keep up with fast cars in a chase. Plus, our walkie-talkies often don't work. That's how we have to operate in areas where people throw stones and spit at us. It really takes it out of us," he explained while driving through the suburb.

Lebeau said police officers could could hardly take any time off as a result of the ongoing terror threat.

In that suburb, getting out of the car with the camera would have been too dangerous — even in the morning, before the drug trade gets going. Lebeau told us that Biskupski felt that her bosses were making that job even more difficult.

"They're demanding concrete results. Maggy had to arrest 30 people per month — it didn't matter what for. We both felt the police was our calling. But how can the managers introduce rules that will make people hate us even more?" he said. 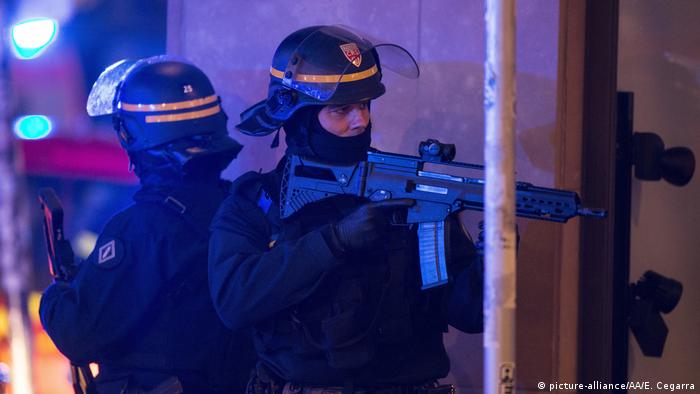 But the administration says the police suicides are not necessarily linked to their working conditions. DW's request to join a police patrol with a camera to get a better idea of their working environment was turned down.

The police have, however, increased the number of psychologists to tackle and prevent suicides — from 50 to 89 for 120,000 police officers.

Gerard Clerissi, head of human resources at the police, told DW that the ratio was better than in other countries.

At the same time he denied that the police force had fundamental problems.

"It's completely normal to give our police officers concrete targets. We need to justify our expenditure of taxpayers' money," he said.

He added that there was now less pressure on the police and that the police force would be beefed up by an additional 7,500 officers over the next four years.

However, for Lebeau, this response is not good enough.

He thinks the police needs to be thoroughly reformed. "If our administration took care of its people, we wouldn't need to fight for better working conditions. And Maggy would still be here," he said.

Lebeau wants to continue Biskupski's fight to make sure her sacrifice was not in vain.