Emmanuel Macron leaves France′s suburbs in the lurch | Europe | News and current affairs from around the continent | DW | 20.06.2018

President Macron's plans to get deprived suburbs back on track are so far falling short of expectations. His actions have even had a negative impact on many NGOs working in these areas. Lisa Louis reports from Le Mans. 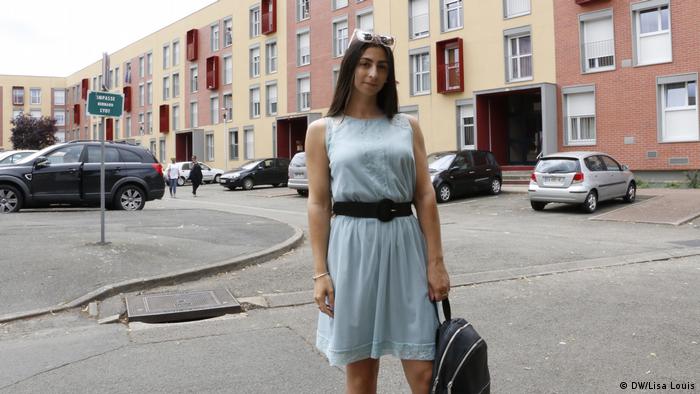 A young woman is dancing to the Bollywood song Bole Chudiyan on the stage of the "Théâtre de l'Enfumeraie," an NGO in the suburb of Allonnes in northwestern France. She is wearing a black, sleeveless belly top and a long skirt with embroidered flowers. She's spinning around and shaking her hips, a radiant smile on her face.

Half a dozen people are watching and cheering loudly. They are sitting among piles of clothes, hats and instruments and waiting for their turn to go on stage.

What appears like just another theater rehearsal would have been unthinkable for the performing Anissa Vieira just a few months ago.

"I wasn't allowing myself to listen to music or to go out and see a play — acting a part in one would have been completely out of the question," she told DW.

The 26-year old used to practice a very strict version of Islam. For 10 years, she wore the veil, hardly leaving her apartment, and dedicating herself almost entirely to studying the Quran. She spent a lot of time with other veiled women she had met at the local mosque.

"We were almost like a little sect and only felt safe among ourselves. Out of our suburb, people would start abusing us verbally because we were veiled," she explained.

Things might have ended badly. Especially if Vieira had met someone malicious wanting to recruit her for radical Islamism.

But she decided to go back to a more moderate Islam and stop wearing the veil — also because finding a normal job would have otherwise been difficult. Joining the theater has been hugely important to help her find her way back to a more normal life. 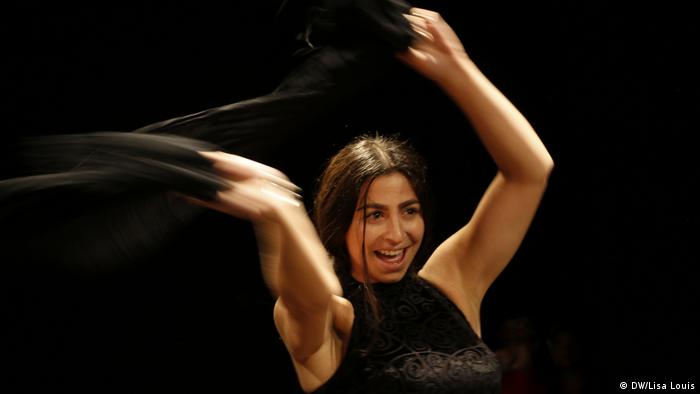 "Acting has given me a lot of confidence. People don't judge me here and groups like this one are crucial to get women like myself out of our isolation," she said.

The 'last chance' to get through to the young

And not just women, the theater's co-director Bastien Chrétien told DW: "Many young boys come here and I can see a kind of darkness in them. For them, our public education system has failed — they no longer believe there have a place in our society. These boys become very vulnerable to radical preaching."

Local groups like his are often the last chance to give young people hope again, Chrétien thinks.  "We can act as a spiderweb and connect people from the community with each other. You need cultural activities to have them turn away from their isolation and radicalization."

But the government doesn't seem to agree. Since he came to power last year, Macron has cut the number of subsidized jobs by about 40 percent — jobs that had largely benefited the suburbs' NGOs.

Chrétien had to let go of three of his five employees. "We can't afford paying for their salaries without government subsidies. I don't think we'll be able to keep up our activities in the long run merely based on volunteers."

A recent government-commissioned report seemed like a glimmer of hope. After touring the country's deprived banlieues (suburbs), for months, former Environment Minister Jean-Louis Borloo, whose portfolio also included regional development, recommended measures worth about €50 billion ($57 billion) in 19 different areas including the police, the justice system, education, and culture.

Unemployment lingers at around 20 percent in France's poor areas, about double the national average. Among the young, it's as high as 35 percent.

But Macron took up hardly any of the measures in a recent long-awaited speech. "I won't announce yet another plan for the suburbs," he said, adding that France had achieved what it could with such plans.

Instead, he claimed he would "change strategy." He appealed to combat discriminatory hiring procedures and promised to come up with a plan to fight the drug trade.

Government party LREM MP Sylvie Charrière explains Macron's "bottom-up" strategy. "There's no social mobility in our country despite all the money spent on the suburbs. We want to create a real lever to establish equal chances for everybody," she said to DW.

Charrière insisted that the president would come up with a whole new approach in July. "We'll rely on the mayors' experiences to shape politics that are close to the locals' needs."

Macron — the president of the rich? 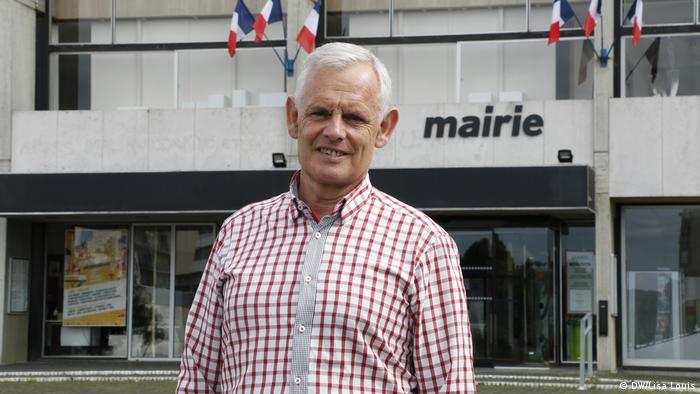 That must sound like mockery to Allonnes' Communist mayor Gilles Leproust. Especially as he had been consulted a dozen times for Borloo's report.

"We felt disrespected and angry when we heard Macron's speech," he told DW. "It was a mere show and not a concrete response to Borloo's months-long work. It sounded like the president hadn't even read the report!"

He added that, so far, Macron had lived up to his reputation of being the president of the rich and was hardly offering anything to the deprived.

And yet, Leproust is still hoping something might come out of July's announcements. "We will keep pushing for Borloo's suggestions to be implemented so that finally everybody can feel respected in France."

The theater's Chrétien has long stopped to expect anything from national politicians. "I don't believe that a president can save us. We can only rely on ourselves and try to stand together locally," he said.

As French suburbs rage against police, some take a different tack

The alleged rape of a black man by police has sparked outrage and violence in France, drawing attention to the gritty banlieues. In one Paris suburb, however, youngsters have helped clean up the mess the mayhem caused. (18.02.2017)